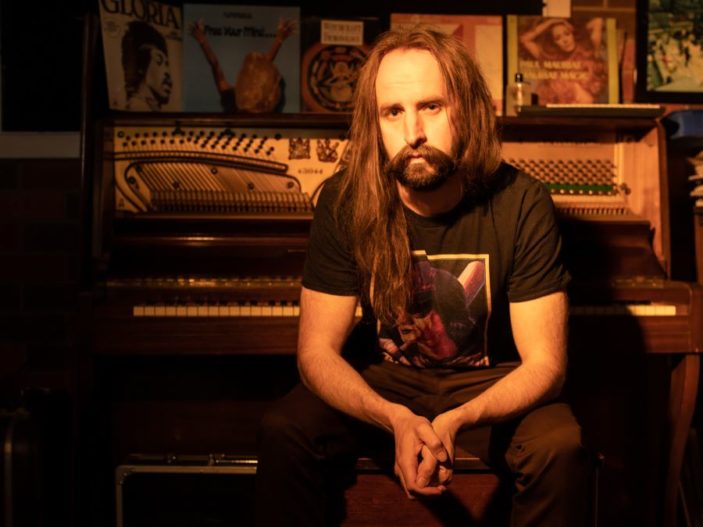 It has a gorgeous dirty country blues feel to it, with big earthy guitars and rough-edged vocals. It’s foot-stomping, it’s a riot, yet comforting and personal. The track was inspired by an interview with Andy Wallace about the recording of Jeff Buckley’s “Last Goodbye”, and with a riff going around in his head, Nick was able to bring the song to life.

With blistering guitar solos, driving beats and raucous backing vocals, Carver and his merry band of Butchers have created a glorious stampeding riot of delta blues.

Nick explains what the track means to him: “‘Two Legged Dog’ is basically about the drive from the city back down the coast to Inverloch where I live with my family. When I’m driving home on those late nights I keep my wife in my head and look forward to feeling her warmth beside me while I sit with her by the fireplace and hold her hand.”

Performances at NYE on the Hill, Inverloch Sounds of Summer Festival and Folk Rhythm and Life Festival have honed their stagecraft. They’ve also supported artists like Ash Grunwald and The Tea Party.

The band will be launching the single at The Tote, in Melbourne on Saturday 12th March.

“Two Legged Dog” will be released on Friday, 18th February 2022. You can pre-save it HERE