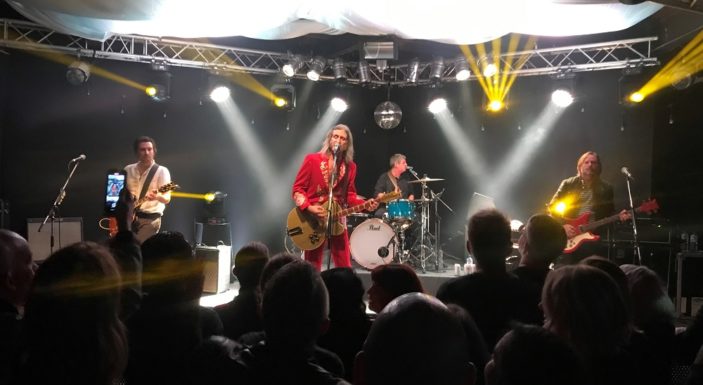 “Now kids, this is what 1993 sounded like,” lead singer Tim Rogers announced before You Am I launched into mid-90s hit “Cathy’s Clown”.

The irony was lost on few at Friday night’s show at Perth’s Rosemount Hotel, populated by an older crowd wanting to re-live those 90’s pop-rock memories from when they were the kids Rogers was reaching out to.

The nostalgia of transferring your mind back to another time through music is often the attraction when seasoned bands pop into town, but the enigmatic Rogers offers more – and not just for the devoted, but for the curious newcomer too.

Relatively speaking, it’s been a while between drinks in Perth for Aussie rock veterans You Am I, with the gig part of a run of shows around the country, including dates in Sydney, Brisbane, Adelaide, Melbourne over the past four weeks. The long stretch between Perth shows and the fact that, as the crowd gets older, the band does too, you do walk in wondering if they can still pull it off.

After support act the Rinehearts did their best to narrow the gulf between the stage and reserved onlookers, You Am I arrived not long before 10pm, with 1998 single “Rumble” quickly satisfying the rock-hungry crowd. 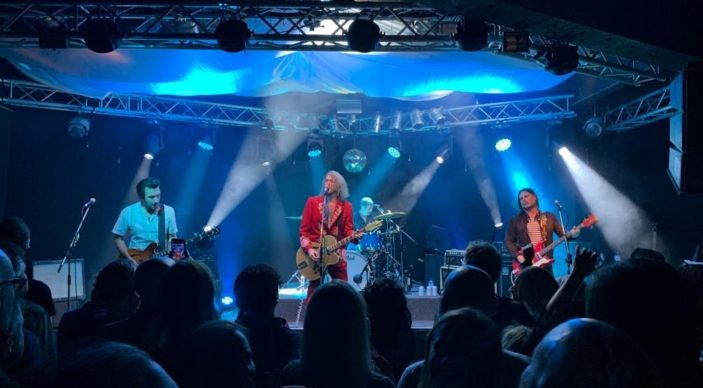 The hair, and trademark sideburns may be a tad greyer nowadays (and held together by a hair pin), but when it came to rock star swag and style Rogers didn’t disappoint, entering the stage in a spectacular red rose inscribed suit, with his chest tattoo on full display.

You Am I’s heavier rock tunes were the theme early, keeping tireless drummer Rusty Hopkinson as honest – and sweaty – as ever.

After the rush of early songs, Rogers finally entered into some substantial dialogue, with his characteristically vague and slightly unrefined rock star charm, poking fun at younger guitarist Davey Lane. Rogers mentioned past Triple J Hottest 100 glories from the 90s, while the band sneaked in brief covers of the Grateful Dead and Sting. There were the singalongs too, none better than the woo-wooooos of “Mr Milk”.

As the set wore on, smash 1994 single “Berlin Chair” from Sound As Ever, and the 1998 Hottest 100’s number nine “Heavy Heart” were well received, but popular Hi Fi Way hit “Purple Sneakers” was conspicuous by its absence.

The band promptly pulled the pin at 11pm on the dot, the lack of an encore leaving the crowd wanting just that little bit more. That aside, it’s undeniable that You Am I are still damn fun and the hits still sound damn good.

You Am I’s latest single “DRB Hudson” is out NOW