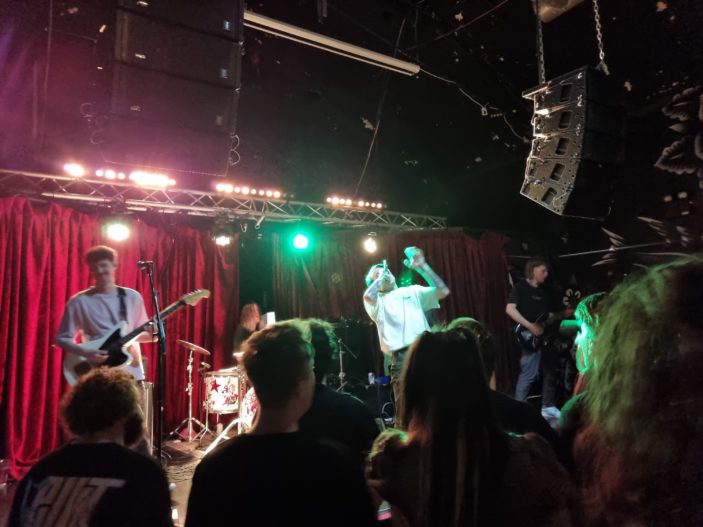 Sydney emo-punk favourites Bloom have rocketed to success in the last two years and hurdled every obstacle of the pandemic. Their highly-anticipated Sink into the Soil Tour – originally planned for June 2020 – kicked off at The Brightside in Brisbane on Friday 18 March in celebration of their latest single. It was the band’s first headline show outside of NSW, supported by Starve, Future Static and Blind Girls, and boy, did they deliver. 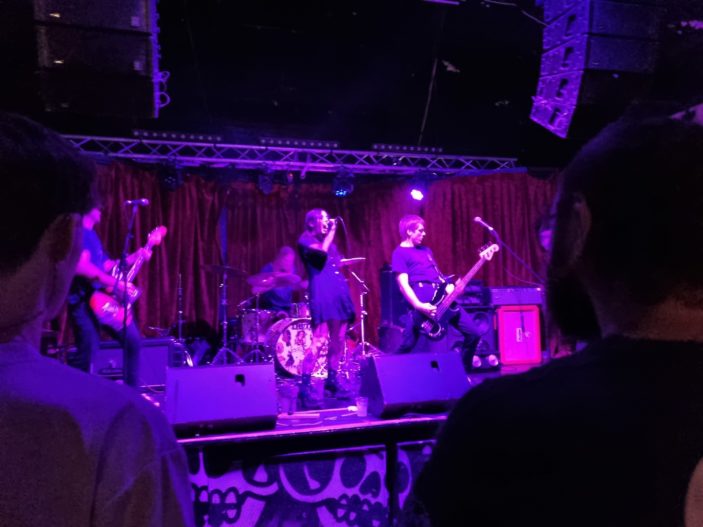 The night kicked off shortly after doors with Gold Coast five-piece Blind Girls, a self-dubbed ‘screamo’ band with lashings of punk and post-hardcore. The female-fronted group dominated with searing screams over chaotic drums and big riffs, immediately launching into each song without a single word spoken between. Furious blast beats and unexpected drops evolved into wandering melodic refrains before being spearheaded by blistering passages again. They ended their set with the enigmatic frontwoman jumping to the floor for the last vehement chorus then dropping the mic and departing the room, leaving everyone’s jaws at their feet.

Next up, Melbourne melodic hardcore five-piece Future Static modestly assumed their positions and took the crowd by surprise. New frontwoman Amariah Cook captivated with her mesmerising stage presence and engaging banter. Technical riffs and busy drums sweetened by vocal harmonies provided a solid foundation for her powerful cleans and commanding growls. Soaring choruses and heavy breakdowns kept the crowd moving and they had the most energetic performance with a palpable chemistry. ‘Dead End’ featured a mic lasso and synchronised air kick before closing the set with latest single ‘Waves’.

Things went up a notch when Melbourne metalcore quartet Starve emerged, performing as a trio due to the bassist having COVID. The guitarist took to the stage with crosses of gaffer tape over his ears. Were they keeping his monitors in? Had he recently undergone surgery? Was it a fashion statement? We may never know. The band launched into their set with a relentless onslaught of huge breakdowns and guttural vocals. There was a lot of running man and two-steps going on and each drop was airtight. Bloom frontman Jono Hawkey offered guest vocals for their final song and the whole crowd was well and truly fired up.

After standing in the front row for every support before them, Bloom rose to a vocal sample about life and screamed for fans to ‘bring it the f*** in!’. A wall of death collided in just their second song, tour track ‘Sink into the Soil’, with unparalleled excitement in their faces. The five-piece played old classic ‘Phantom Pain’, possibly for the last time, as some songs would be ‘on the chopping block’ after this tour. Seamlessly switching between vocalists with loyal fans also screaming into the mic, the pack rushed in for the band’s personal favourite ‘In Passing’. Starve frontman Jordan Dunbar offered guest vocals on ‘Daylight’ before the band finished with fan-favourite ‘Cold’.

Greyscale Records underdogs Bloom have garnered huge praise for their 2020 sophomore EP In Passing, a conceptual project about the death of Jono’s grandfather. Since releasing ‘Sink into the Soil’, the band played the revered UNIFY FOREVER festival and will be joining the lineup on What We Did On The Weekend’s fundraiser event at Stay Gold in Melbourne on April 2 alongside Deadlights and Rumours. These Sydney punks are one of the most adored heavy acts in the country at the moment and their live shows definitely prove it.