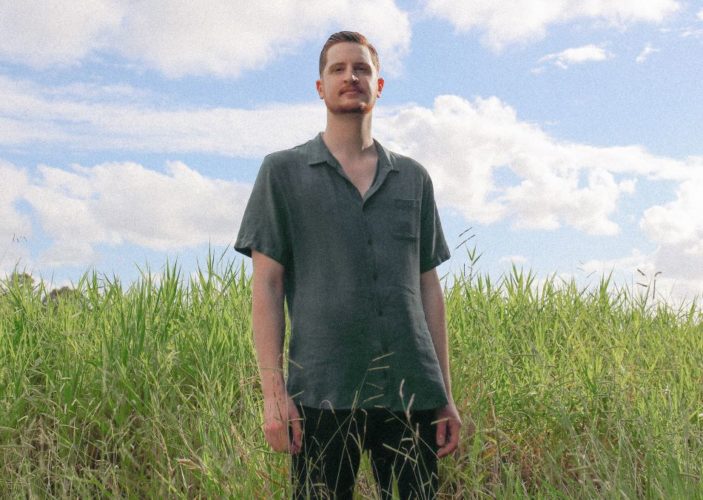 Last week singer/songwriter John Keenan released the beautiful and poignant track, “Tired Eyes”, a  heartfelt message of love for his partner. The track features the gorgeous vocals of Nicole McKinney.

This is a track with a lovely Americana/folky feel to it. Intricate guitars in the opening sets the scene, the vocals kick in delivering the sentiment and then the introduction of the dual vocals near the halfway point elevates the track to the next level. This is one to put on repeat.

His debut track in 2019 was “If You Saw Me”, achieving immediate success for the singer/songwriter. Both tracks feature delicate intricate guitars, adroit storytelling and his warm rich voice. Keenan clearly favours quality over quantity and is slowly releasing these highly polished gems.

We caught up with John to chat about “Tired Eyes”, including how it has changed since he wrote it six years ago. We also dug deep to find out what we can expect from him over the next year.

So, do take a listen to “Tired Eyes” from John Keenan and read on.

Congrats on the new single! You wrote the track six years ago, but it is just being released now. How has it evolved since you first wrote it?

Thank you! I’m so stoked to finally have it out.

This song has mostly stayed the same for the last 6 years and although many songs have been written since, this one has always stuck with me. The only thing that has really changed over time is the arrangement. When I started working on it with the band during pre-production, that’s when the arrangement really started to reach new heights.

It’s about the love for your partner. How does the emotion of it stack up given the lived experiences you’ve had since writing it?

This song means more to me now than ever after spending years living life with my beautiful partner, Tiarne. The experiences that we’ve lived through together have only added to the weight of the sentiment behind the song.

Do you have other music from that period too that has yet to be released? What sort of treasure trove of material are you sitting on?

I’ll be honest, I have a fair few songs tucked away in the vault that I’m really proud of (and plenty that have been left on the cutting-room floor). These days I feel inclined to release my music chronologically so you’ll more than likely get to hear those older songs sooner rather than later.

Nicole McKinney adds her gorgeous vocals – tell us how you came to work with her and what that collaborative process was like?

Nicole has a beautiful voice. She’s also an amazing songwriter with one hell of a story to tell so I feel very privileged to have had the opportunity to work with her. Nicole and I share the same producer, Luke Woollett. I asked Luke if he had any recommendations for a backing vocalist for this tune and he was quick to mention Nicole. They were in the midst of recording her debut EP The Process (check it out, it’s incredible) and we managed to lock in studio time together. Nicole is such a sweet soul and a pleasure to work with.

The loving sentiment works particularly well with the dual vocals – was that how you intended it when you first wrote it?

It wasn’t the plan until right before I booked studio time to record the vocals. Once I started really thinking about it, it made perfect sense. The dual vocals have taken the song to a new level.

The track has a folky / Americana feel to it. Your previous release, the 2019 single “If You Saw Me” had more of a blues/roots feel about it. Have you found yourself engaging more with the American style of late?

I tend to write music in a range of different genres depending on how I’m feeling and what I’m listening to at the time but folk music has always been a favourite of mine. The EP that I’m currently working on is very folk/Americana driven however I plan on switching it up for future releases.

How have you found the last 15 months to be for yourself creatively? Have you been able to write during the pandemic?

I’ve been writing on and off throughout the pandemic but I’ve also been spending time developing my arrangement and production skills to try and create the best recordings possible. It’s been both challenging and super satisfying.

What else can we expect from you, musically speaking, in the year ahead?

I’ve currently got an EP in the works and plenty of songs in the pipeline so you can expect some new music very soon! I’m really excited to finally get these songs out there; it’s been such a long time coming.

What music are YOU listening to right now?

Lately, I’ve been listening to a lot of Chris Stapleton. He’s such an honest and authentic songwriter who constantly leaves me frozen in awe. I’ve also been listening to the amazing Linda Ronstadt who never fails to leave me spellbound.

And finally – Promo time! Please promote anything you want here – are there any gigs lined up (ignoring the uncertainty of the pandemic)?

If you’re a fan of folk/Americana music, then ‘Tired Eyes’ could be the song for you! For new music and upcoming gigs, you can follow me on Instagram, Facebook and Spotify.
Thanks AU Review for the quality chat!