How Did I Get Here?: – Hidden Pillars take us through their debut EP, Track by Track 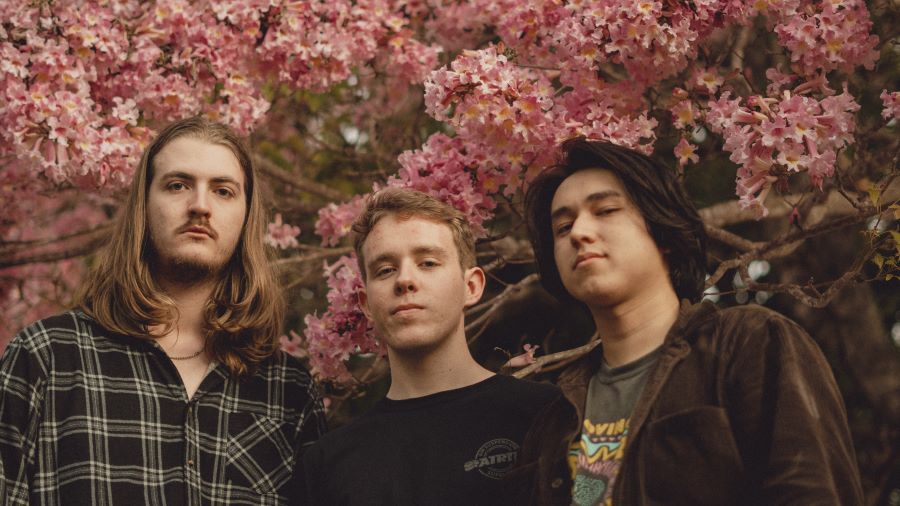 Hidden Pillars are a fresh and vibrant trio from North Queensland. Today they’ve released their debut EP, How Did I Get Here?. It’s an enticing mix of genres, with fuzzy guitars, blues and rock intertwined. At four tracks long, it definitely leaves you wanting more.

There’s a maturity to the songwriting and musicianship here. It’s packed with energy and is a neat blend of visceral power and restraint. How Did I Get Here? is a stellar debut, and the perfect record to pump you up as you roll into the weekend.

If you are looking for sonic reference points, then Nothing But Thieves, Royal Blood, Wolf Alice and Feed Me Jack are good starters.

The EP was produced by Adib Parker. About the EP, the band writes:  “The writing process for this project was interesting to look back on because it was so different to our previous works. Songs that we spent the shortest amount of time on turned out to be some of our favourite tracks that we’ve ever written. There was a lot more planning for this project, including outlining songs we took heavy inspiration from, specifying what themes we wanted to cover, and defining some boundaries and constraints so we didn’t go too crazy with creative freedom. We will definitely be looking back on this process as we continue writing into the future.”

Diving further into the EP, the band have put together a track-by-track breakdown for the AU, so do press <play>, turn it up LOUD, and read on.

How Did I Get Here? from Hidden Pillars – Track by Track

‘How Did I Get Here?’ explores vast and sudden change in its many stages. The 4-track project stipulates the progression from initial chaos through to the clarity of hindsight as the songs explore a variety of structures, lyrical devices, and instrumental prowess to drive home the overarching message of development and improvement.

Moving cities, the sudden end of a relationship, or being thrown into the deep end at a new job can all feel like getting the rug pulled out from underneath you. This disconcerting feeling was the inspiration for the opening track. Blaring guitars and jarring rhythms mimic the feeling of chaos and uncertainty brought from sudden change. In the instant of realisation that your reality has
shifted, it can feel like time has stopped and you can’t escape that moment.

We felt like “PTR” set the scene for the EP, capturing the ‘chaos in the air’ when sh*t inevitably hits the fan. We know everyone’s been in that situation at least once before, so people could relate to the feeling in one way or another.

Coming out of a rough patch or experience, it can often feel like your mind has been ‘ripped into little bits’ and you can feel a bit crazy at times. “Broken Mind” puts those thoughts into words. And sounds.

Negative thoughts often stick around for a while following a bad experience, feeling like you can’t escape a mindset even though it’s in the past. It’s usually not until after the fact that you look back and realise how long the situation took to deteriorate. The solid, driving beat in ‘Broken Mind’ gradually gets more chaotic and littered with offbeat guitar riffs and polyrhythmic drum phrases, highlighting the feeling of gradual descent into internal conflict and a broken mind.

‘Deleted’ is our most mature and focused track to date, making it a no-brainer to be the first taste of the EP, being released one week prior to the rest of the tracklist.

The writing and composition process for this song was the fastest of the track list by far. All the lyrics, melodies, and instrumental passages stemmed so easily from the initial concept, which may be a contributing factor as to why we’re so excited to release it.

It captures the overarching themes of the EP so well, highlighting the passage of time, or lack thereof, trying to rewrite and redo past events, and looking forward to a better future. Everyone can relate to being at their wits ends and feeling worn thin, about to snap. After hearing the final recording for the first time, we all looked at each other and just thought, “this just sounds like us”.

Get Out of My Head

Reaching the summative point of the project, we knew the closer had to represent the ending of a journey, offering a point of reflection. “Get Out of My Head” looks back at past relationships and conflicts with the benefit of hindsight, being able to recognise flaws that were previously unseen. Contrasting this view with the chaos and uncertainty of “Pull the Rug” emphasises the progression throughout the EP’s runtime.

The sonic landscape and writing of this track were greatly influenced by the likes of Paramore, WILLOW and most importantly Nothing but Thieves, the band who has had the greatest impact on us collectively, throughout songwriting, live performances, and being in a band as a whole.

We’re beyond excited to release this project and see what people think of it, how they relate to its themes and progression, and most of all, to perform it to a live audience.