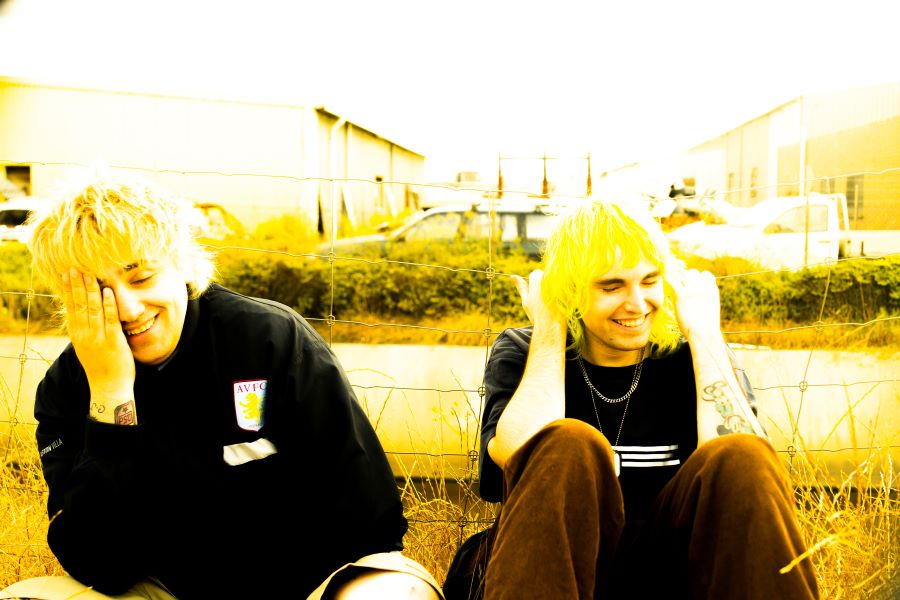 Adelaide pop-punk duo TOWNS have today released their EP, things you might feel sometimes. A band that has been making waves since their 2018 debut EP, Television, the pair have been captivating audiences and building their following ever since. With a golden slice of searing pop-punk, infused with a healthy dose of Australiana and a nostalgic nod to the 90s, their latest record is a captivating listen.

The EP features three new tracks, as well as recent singles “Speak For Myself”, “Season 5 (Break My Fall)” and “98”.  The feature track from EP is the closing track, “Okay, So”. They have taken the foot off the accelerator for this one, as vocalist and guitarist Aston explains: “Sonically, this is my favourite song I’ve seen come to life of ours, it’s gone through many iterations and styles, but this was so much fun to achieve and I think I really felt myself developing as a songwriter … We wrote this song around the same time we wrote 98 and it couldn’t be more of a contrast.”

The variety across the tracks on the album represents the variety of emotions that we all feel at times.  “This EP is a representation of the rollercoaster of emotions we all go through, positive or negative, some of them are niche and we wanted to explore them lyrically and sonically to try and do our best at giving our fans a song to relate too in some way shape or form. Each of these songs are from our heart and were written honestly with no end goals other than to be ourselves, while these are our songs, these are also things you might feel sometimes.”

The band has been touring recently with Beddy Rays, playing new material and old, and still have a string of shows left as part of their Speak for Myself single tour. Catch them if you can. Details are below.

Celebrating the release of things you might feel sometimes, Aston has put together a guest playlist of the tracks that have inspired them. So, press <Play> and crank up the volume.

The Wombats – “Moving To New York”

An absolute classic – an indie rock anthem and the song that got me into the Wombats, that jangly guitar intro inspired the hell out of the chords for our song “98” which initially started out more in this style before it came out the way it did. The singability of this chorus combined with the backup vocals make for such an upbeat feeling song and it’s amazing.

Another classic band. This album was huge for us growing up, such hooky chorus sections and the guitar tones were exactly what we wanted on songs like ‘Speak For Myself’ and this was definitely a reference track when we went to the studio. It’s 00’s pop punk without being a copy and paste of everything else around at the time.

This track is so heavenly. Those opening chords are perfect and simple and sometimes that’s all you need. I think I’ve always wished I could write something simple and beautiful like this. The mix and the sounds really got me so inspired to create, and also the episode on the podcast “song exploder” basically gave me a bunch of ideas of where to take sections on this EP.

The production on this song was a massive inspiration for our song “Okay, So” It has that real drivey, fluid, easy-to-listen to sound. The dynamics between the calm verses and big anthemic chorus’ sounds are just what we love over here at TOWNS. The guitar tones are also exactly what I like to play around with when we demo so it felt like such a magical find when I discovered this band.

The Blue Collars – “Agree To Disagree”

I think this song is the best representation of what Dan and I sounded like when we first began jamming in a room together – the chorus pedal, the vocal melodies, the structure, the vibe,  everything. Songs like this are really grounding when you’re trying to progress your sound but also keep the elements that make you the band that you are.

BIG chorus, like the definition of a big chorus, I would love to see this song live and scream my heart out too it. Another really cool find that sat on repeat in my playlists for a while. I think it’s just one of those wall of sound songs that needs to be played loud. While we played a lot with synths and electric sounds on this EP, this song is a reminder for me that LOUD guitars will always be a part of our band.

The Garden – “Thy Mission”

Dan sent me this song – and this is such a Dan song – where the song starts to where it ends up gave us a lot of drive to take a few experimental risks on these songs. They may be subtle in our songs compared to this track but they are definitely there. The end of Take It As You May gets quite messy and hectic and I think we possibly pulled that from this song, its so fun listening to a song and then tuning out then tuning back in at the end to go ‘hang on, how did I get here?’

SUCH a slept on song, 00’s radio pop at its finest. Season 5 (Break My Fall) was our attempt at a mid 00’s radio pop song and the acoustic guitar that sits in the background of the mix was derived from the same feel that this song gave me. I’d always wanted a falsetto chorus melody but just got way too insecure with my singing ability but with enough practice and singing this song over and over we got a song I’m so proud of.

Young In The City – “Annie”

Once again guitar tone and feel took me over when I listen to this song. Its that clean chorus and slow tempo with the falsetto vocals that bring me audible heaven. While we don’t have any songs that sound directly like this, I promise you there’s 10 demos on my computer that sound so similar to this song because I just love how easy it is to listen too.

One of those songs everyone’s heard once. I snuck this in because we have a new song post EP that could be this songs little cousin and I love this band so much. They write such relatable music to the common audience, everyone loves ‘Semi Charmed Life’ (another absolute smash) but this is underrated and full of amazing production,n and somewhere I’d love to see TOWNS go in the future.