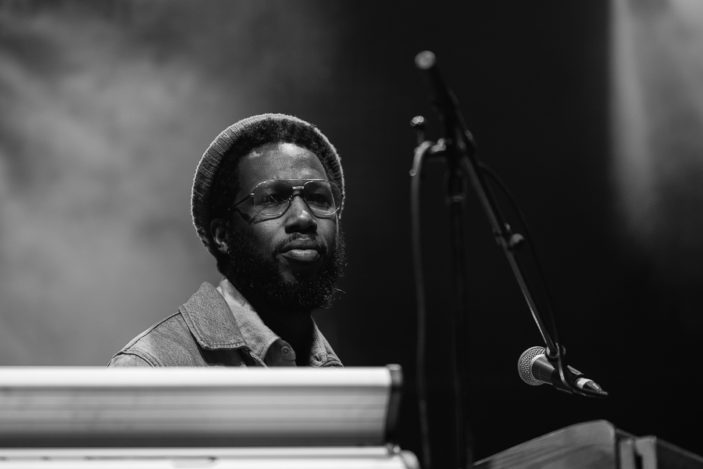 Day five of Bluesfest comes around all too soon. The end is in sight, but there’s still the chance to see bands that you missed the first time round, and there are always a few that haven’t played yet.

One of those was perennial favourite Kate Ceberano. Her voice is better than ever, she had an incredible band with her, and with an extensive catalogue, she had us forgetting our weary feet and got us dancing again.

I finally managed to catch one of my favourite artists, Emily Wurramara. Her stories are touching and personal. She doesn’t shy away from recounting some appalling historical events, and her disarming and engaging nature hooks you in. If you get the chance, do go and see her.

Rockwiz is a firm favourite at the festival, and with Brian Nankervis and Julia Zemiro, it gives the punters a chance to showcase their knowledge. It featured performances from Kevin Mitchell (Bob Evans).

Closing out the Mojo stage was The Teskey Brothers. There were fears earlier in the day, that like the Waifs, it might be singular, as Josh had been unable to perform with Ash Grunwald as promised, but he was taking precautionary measures and resting his voice. They were in fine form, and their energy and emotion washed through the crowd.

It was time to head on home, after 5 days of music that salved the soul after such a drought.