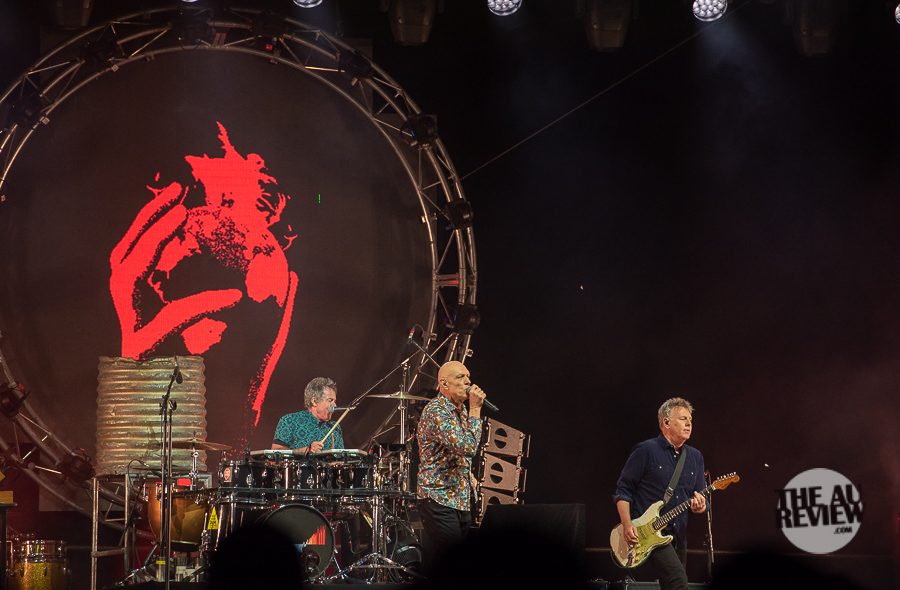 While the Birdsville Bash has been running for some time, this is the second time the event has been held at Mundi Mundi, near Broken Hill in NSW. The three-day camping event started on Thursday with a stellar lineup of Australian acts.

After introductions from the founder of the event, Greg Donovan and the Broken Hill Mayor, Tom Kennedy, traditional owners gave a “Welcome to Country”. First act on the main stage was Leroy Johnson and The Waterbag Band, who set the standard for an entertaining act. Keeping the music going, Kyle Lionhart gave us chill laid-back surfing vibes. Ash Grunwald followed, who was so impressed by Kyle’s performance that he invited him back on stage for an impromptu duet.

Back-to-back performances by The Wolfe Brothers, Busby Marou and Richard Clapton proved what a vast pool of talent we have in Australia. Missy Higgins stole the show with her passionate and sublime performance. She told the story of how a teacher in Wilcannia had formed a student choir. She then invited them onstage for a beautiful selection of songs.

Midnight Oil was the headliner and naturally the one everyone was waiting for. With a huge final world tour under their belt, this show is one of their final performances. They did not disappoint, with lead singer Peter Garret gyrating and cavorting onstage with the energy of a young man. Mundi Mundi Plains is where they filmed the legendary ‘Beds Are Burning’ and ‘Diesel And Dust’ film clips, so the connection with Country was strong.

To make the night even more memorable, the band invited several special guests to perform with them on stage including Missy Higgins and her band members Elana Stone, Sarah Belkner and Zoe Hauptmann; Leroy Johnson and the Waterbag Band; and Broken Hill band Tha Boiz, who accompanied the Oils with didgeridoo on The Dead Heart.

As a light rain settled over the concert area, the concert-goers retired to their campsite, weary but happy, ready for two more days of fun.