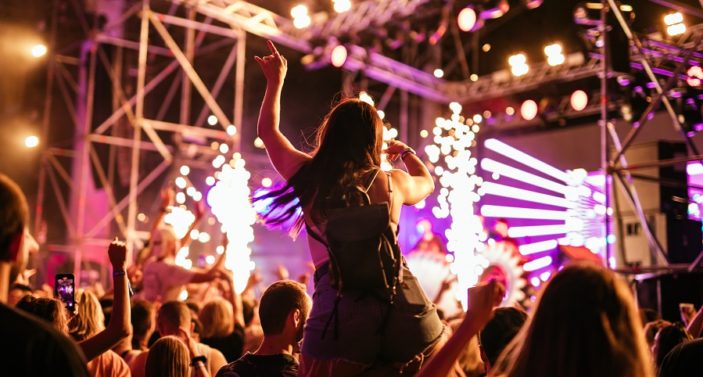 The emerging Factory Summer Festival has announced it will be held over four days rather than three weeks in 2021 with shows in Perth and Brisbane, including New Year’s Eve celebrations with Hermitude, Lime Cordiale and Broods among the headline acts.

The Factory Summer Festival, previously known as Ice Cream Factory, had grown into a summer staple in Perth as a month-long rolling festival with daily attractions, expanding to include dates in Brisbane and Melbourne in 2020.

Broods, Masked Wolf, Example and Young Franco are some of the acts on show in Brisbane, while those artists will also hit Perth, plus Lime Cordiale, Hermitude, Mashd N Kutcher, Cosmo’s Midnight, Set Mo, Nina Las Vegas and The Veronicas who’ll do Perth-only performances.

The line-up appear strong as usual, but the format is the big change-up. Event Co-Director Chris Bausor said: “Shifting from the three-week-long celebration to the four individual shows, allows us to move to bigger sites, with plenty of room for activations, staging, themed bars, rides, zones and of course, space for those who enjoy a boogie.

“After adapting to operating COVID safe events last year, we have deliberately designed our site to allow three square metres per person to provide for social distancing.”

Factory has partnered with triple j this year and fortunately been a recipient of the restart Investment to Sustain and Expand (RISE) Fund which aided planning for 2021 and allowed the Festival to retain its world-class standard.

“Since 2017, Factory Summer Festival has been attended by more than 200,000 people supporting in excess of 400 Australian artist careers and creating over 6,000 jobs whilst delivering an economic impact of $24.3m in the two years preceding a COVID-19 impacted 2020.

“We’re proud to announce that Factory Summer Festival 2021 will deliver $11.7m in direct economic impact in FY22, giving significant stimulus to the Australian economy and rebuilding confidence among artists, creative producers and consumers.”