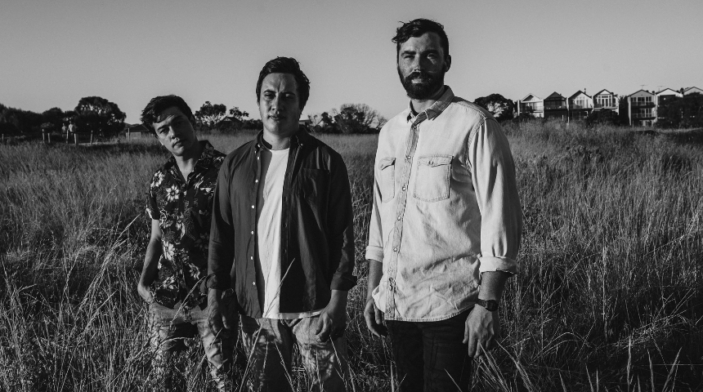 Today we’re sharing the exclusive video premiere of Woodlock‘s “Sunday Drive“! It’s the third single to come from the trio’s upcoming Bermuda Sea EP, due for release in early August.

Woodlock, consisting of brothers Zech Walters (guitar/vocals), Eze Walters (guitar/vocals), and friend Bowen Purcell (drums,), describe the new EP’s theme as “yearning”, of wanting to spend time with family and friends, visit new places, and make new connections. It’s an appropriate touchstone, given Bermuda Sea was created during all the isolation of the past couple of years.

“The drive to drop-off my son back to his Mum is always this strange bittersweet moment. The time we have together is all about letting him know that his father loves him and that Sunday drive is always a difficult time. I think for both of us because we have to say goodbye all over again. It’s a feeling that no one tells you about I think because it’s a constant hole in your chest when you can’t be there.”

Check out the new video below!

Bermuda Sea is set for release on August 5th, and there are tour dates lined up not long after. Eze says:

“We are really looking forward to going on tour, playing new music for people, and just getting out on a bit of an adventure. Our best songs have always been written while out on the road so look forward to the new song ideas to come out of it.”

Dates are as follows: