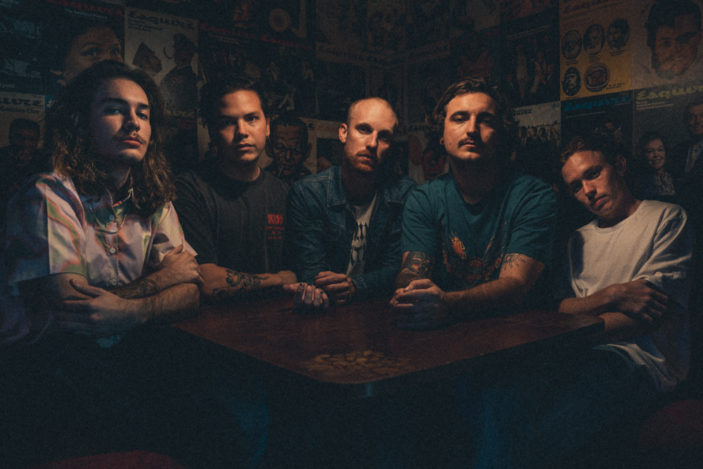 Darwin band DRAFTDAY are set to return with evocative new single and video ‘Callback’ on Friday 17 June, their first new music since 2020 EP When I Went Away.

The latest offering is a pop-rock journey with a dual meaning of self-discovery. It illustrates the relatable mixed emotions of a breakup and conveys the reluctancy to accept support in a difficult situation. Produced by bassist Manolis Kamitsis and drummer Rowan Dally at Sands Studio and mixed by Sam Guaiana (Silverstein, The Devil Wears Prada, Between You and Me), the track boasts electronic-pop verses and anthemic alt-rock choruses.

“‘Callback’ has this duality to it. In one sense, it’s an apology to the people that you push away when you’re struggling, and in another sense, it’s about trying to find an answer after losing someone close to you,” says vocalist Arran Barker.  “The change of sound felt like a necessity to step a little deeper into something unknown.”

The accompanying video, co-directed by guitarist Tom Form, was brought to life by award-winning cinematographer Tully Hemsley and Tor Burns. Set in a warmly-lit crowded bar with analog TVs and distorted graphics, the clip incites feelings of nostalgia to fit the narrative of longing for something lost to the past.

“Throughout the process of the video we asked the same question: ‘Would our younger selves be inspired to pick up an instrument if we saw this on Rage on a Saturday morning?’ Connecting back to who inspired is to play music made the shoot so natural and fun for us.”