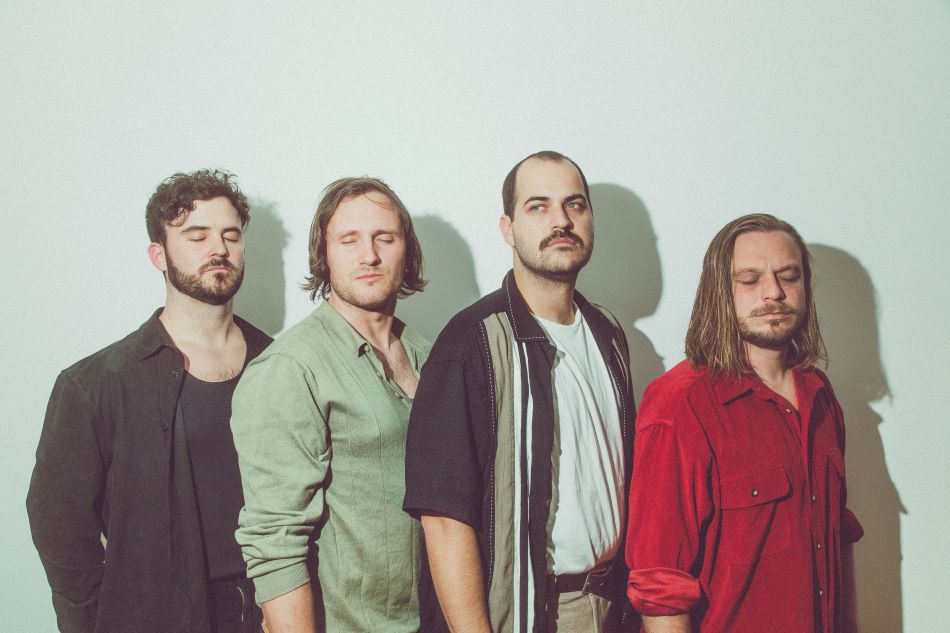 Indie-rockers Bad Pony are back with “Hand Me Down”, their first single since 2020, and the lead track from their forthcoming debut album, Forever Up & Coming. We are thrilled today to be premiering a live video of the track.

The band has reconfigured into a four-piece, after their cherished guitarist Cron van Niekerk moved onto pastures new, but have lost none of their trademark energy. “Hand Me Down” features the raucous energy, guitar hooks and songs from the heart that they much-loved for.

Jarred Young, lead singer of Bad Pony, told the AU: “The vid was shot by our long time friend and visual collaborator Richard Clifford (@rcstills) in my loungeroom in Thornbury. This is the first instalment of “The Loungeroom Sessions” – there are 3 other tunes off our debut album in the rest of the series which well put out following the release of Forever Up & Coming on Feb 10 2023. “

The reconfiguration of the band led to some inevitable changes.  “We’ve only just started playing as a four piece with Isaac moving from keys to guitar to fill in our Cron shaped hole. When Cron first left the band we started playing to track/click with in-ears, but there was one show at a festival that couldn’t cater to us setting up the track/in ear gear so we just had to wing it and it felt SO GOOOOOD!

We hadn’t realised how much of the raucousness, energy and togetherness we had missed from playing together without all the tech. Because it was all feeling so great we wanted to capture it and give people a taste of what to expect from the new live setup and new album ….”

So, we can’t wait to hear more from the album, but in the meantime enjoy this delicious morsel of Bad Pony and “Hand me Down”. And if you see them playing in your home-town, make sure you get yourself a ticket. They are ALWAYS great fun.