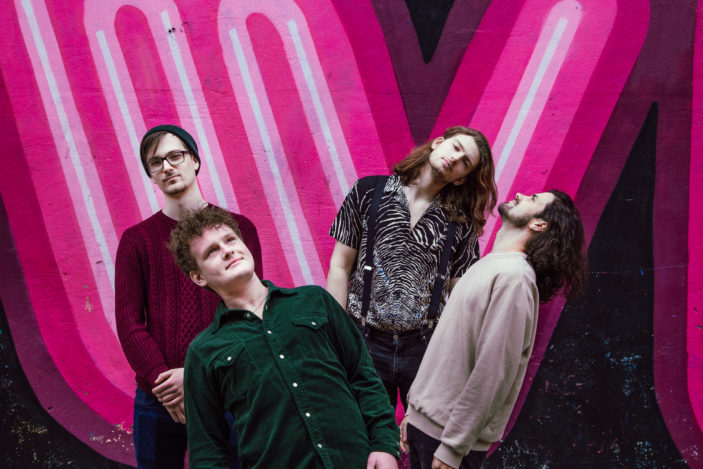 One of London’s latest up-and-coming indie rockers, The Valla, will be releasing their brand new single, “Ice Cream” tomorrow. Before its official release we’re stoked to bring you this exclusive first taste of the feel good track.

Recorded and produced by Andy Hall Hall (Bastille), the single is the band’s first of the year, and their first since the release of their 2019 EP Just Chemicals. With recording wrapping just hours before the UK went into lockdown the indie quartet made it just in time. Which is good news for us. Because, “Ice Cream” is a summery bop, delivering a blast of feel good vibes in these uncertain times.

“We’ve had this song written about wanting to escape from mundane everyday life for a very long time now. Due to the current times, its meaning has become particularly resonant! – The Valla ”

According to the band, the single was inspired by heavy hitters like The 1975, Cage The Elephant and Catfish and the Bottlemen, and deals with ideas of escaping from the monotony of adult day to day life. So the perfect pick me up for whilst we’re all basically stuck at home. Timeliness and resonance aside, it’s a a real beauty of a single, with hooks aplenty and a real blast of positivity.

Check out the single below, and be sure to keep an eye on these up-and-comers.