Exclusive Single Premiere: The Sunday Estate “Give Me (Something)” (2020) 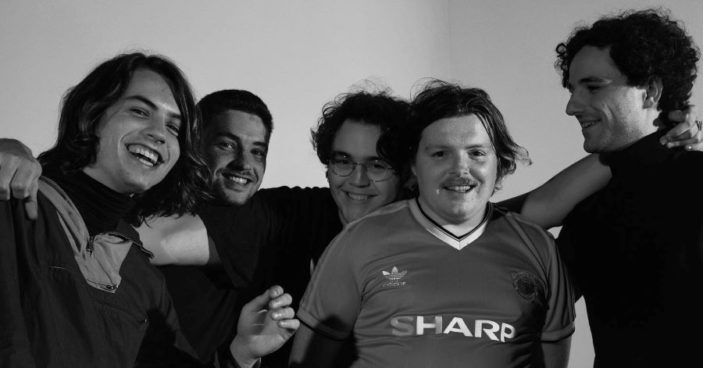 We have the Exclusive Single Premiere of “Give Me (Something)” from Sydney-side indie-outfit The Sunday Estate. This is a character study about teenage love, and how these relationships can be being fraught with difficulties. The song paints a vivid picture and you find yourself immersed in the narrative with ease. With a strong and engaging story in the bag, crisp clean guitars and singer Conor O’Reilly’s vocals they really drive this one home.

The band formed in 2018 via a mix of school friends, friends of partners and Instagram-story shoutouts. They’ve slowly but surely built up a sweet collection of tunes. They have developed their musicianship and are finding their own sound along the way. The band describes their influences as being The Strokes, New Order and The Cure, and it’s easy to see a little bit of The Strokes in this one. Whilst they haven’t yet been signed to a label, you would think it can’t be too far away. Their previous release was “Let’s Stop Pretending” which came out late 2019.

David Stano (guitar & synth) says of the song “this is the fourth song we are releasing and probably our most minimal, meaning we really tried hard to make sure all the elements in it and performances were as strong as possible. Personally it’s my favourite song we’ve done in terms of the way our roles/instruments come together. I also think it’s really really pretty melodically and is always a favourite live! Conor’s lyrics are a really great take on being in a relationship and how no matter how much you fight with someone you can never want to let them go.”

“Give Me (Something)” was produced by Ryan K Brennan (King Gizzard & The Lizard Wizard, Julia Jacklin)