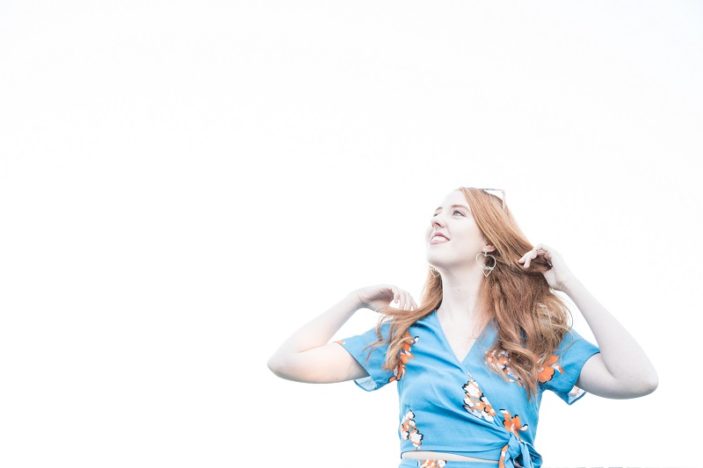 Premiering today on the AU review, “Look Forward” is the new single from the Brisbane based singer-songwriter, simply diving into a celebration and excitement of a new friendship through song. As Goodwin tells us, the song brims with pureness and optimism inspired by her move from her birthplace of small-town Rockhampton to big-city Brisbane.

“When you move from a smaller town full of friends to a larger city like Brisbane, sometimes it can be rather daunting to find a new friend circle when you feel like a fish out of water,” recalled Goodwin, who first moved to Brissy to have her upcoming debut EP produced by ARIA-nominated Stuart Stuart (Sheppard, The Veronicas). “Whilst I met a few nice people and made some friends, it felt like I was on cloud nine when I finally made my ‘ride or die’ friend. Once I met her, it made my life so exciting.”

That excitement certainly comes across, riding the single’s effervescent tone to bring us some good vibes at a time when the country (and the world) is hurting and the profound impact of isolation remains a hot topic.

“Look Forward” is taken from Goodwin’s debut EP If I Revealed which will be released later this year.