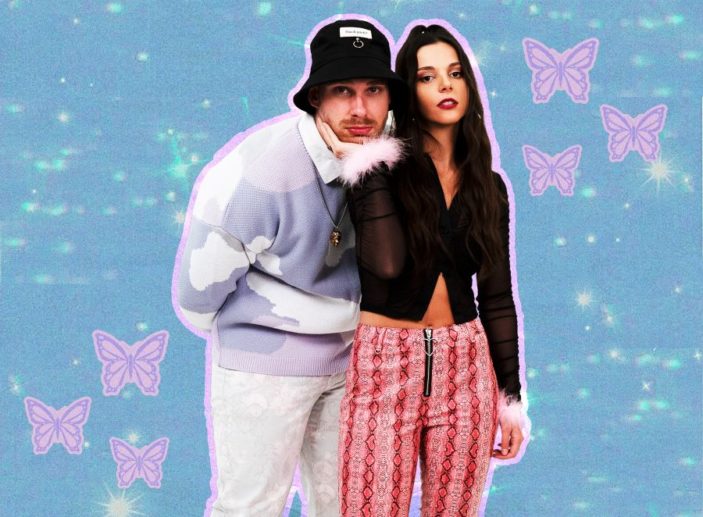 Should you take life by the horns, or take the safe route? Melbourne-based pop band Just A Leo ponder that question in their latest track, “Missing Out”. The track will be on their second EP, due to be released later in the year. It follows on from “Hear Me” which dropped in January, and we are thrilled to be premiering “Missing Out” ahead of its release tomorrow.

As with their previous tracks, Kalliope‘s vocals throw a comforting warm embrace. They shimmer and soothe, and the synths and percussion combine to have a textured nostalgic soundscape. “I can’t help but feel like I’m always missing out” she sings, daydreaming of a more fulfilling life. Just A Leo have the knack of creating dreamy indie-pop that connects and captivates.

About “Missing Out”, lead-singer Kalliope writes: “Which option do you think people will choose? Stability, or risking everything for happiness? I wanted a steady income to set myself up for the future, but I also wanted a career that truly brings me joy. It’s hard to risk it all, but for me, I knew if I didn’t take that risk for my music career, my future self would be infuriated. I don’t want to live my life with regret. I want to know that I took the plunge, and didn’t miss out on anything worthwhile.”

The track was very much a DIY effort. With Kalliope on vocals and keys, and Andie on drums, bass and keys, it is well and truly ‘bedroom-pop’. “Missing Out ” was mixed by Toby Dundas (The Temper Trap) and mastered by Adam Dempsey (Angie McMahon). I’m sure fans of Florence + the Machine will get behind this one.