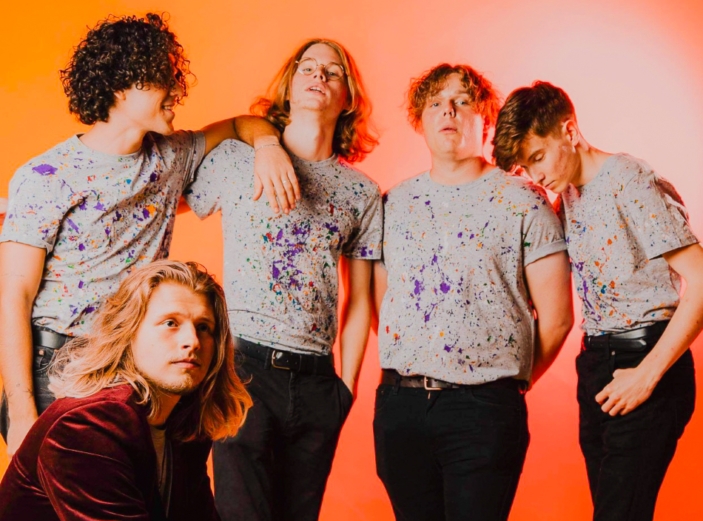 Brisbane continues to foster exciting new talent, this time in the form of indie band It’s Acrylic. We are thrilled to be premiering the debut single from the outfit, the emotive “We Ate Like Kings”. The band will be releasing their debut EP, Minutia, Sick Darling, late in 2021.

The band began as a writing project between singer Taya Ross, and producer Harry Verity when they met on the first day at university. They grew into a five-piece, expanding their sound as they continued to write emotive tunes you can dance to. Describing their own music, the band states “The most accurate way to describe what music we make is to imagine if you forced Nothing But Thieves to cover Phoebe Bridgers songs at gunpoint”. Rounding out the band is Lachlan Pilgrim on guitar, Cale Tanner on bass and Finn Polbodetto on drums.

The song is about desperately clinging to the brief points of light and escapism in the gloom and knowing that there is strength in acknowledging your burdens and letting others in to help. Its beginning is delicate, underpinned by emotive vocals that are gripping and tender, gracefully paired with keys. It builds as the backing vocals join the party, swelling triumphantly.  This is a warm generous serving of melancholia sunny side up. It’s a mighty fine debut.
Of “We Ate Like Kings”, Taya states:  I wrote the song when I had been sitting in the kitchen, watching my girlfriend prepare a little charcuterie board for us. I had been struggling with my mental health at the time, so I think the song is less about romantic love and more about having someone – anyone – to share the burden of your being with. Around the time of writing it, I had been drinking a lot of warm milk and molasses for a few weeks and wouldn’t shut up about how soothing it was before bandmates Harry & Lachlan likened the blending of the instrumental and the vocals together to be. And so began the food metaphors as a huge part of the song, I initially felt weird and tried not to talk too directly about food, else it quickly turn into a Weird Al song”
To celebrate the release of their debut single, the band has a gig at O’skulligans in Fortitude Valley on the 18th November 2021 (7pm).
“We Ate Like Kings” will be released on all digital platforms on Friday, 5th November 2021. You can pre-save the track HERE