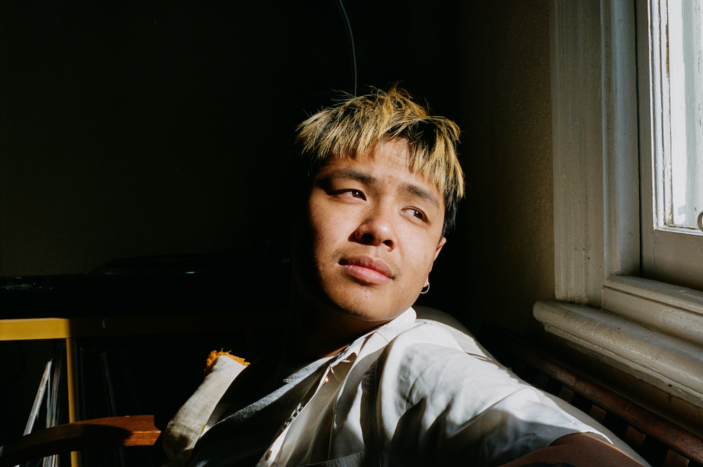 “Dawn Calling” is the debut single from Melbourne-based artist Don Glori (a.k.a. Gordon Li). Recorded live to tape over two sweltering days earlier this year, it is also the second release from Nothin Personal, and teases an EP of the same name that’s on the way next month. The lead single drops this Friday, November 13th, but we’re stoked to bring you an exclusive first taste ahead of the official release date.

“Dawn Calling” draws from Glori’s fascination with jazz, house and Brazilian music. In particular it takes its cues from the likes of Gilberto Gil, Gal Costa and Joao Donato – pioneers in Brazilian and Bossa Nova music. There’s no doubting that Glori and his band wear those influences with pride; but it’s a sound that still very much their own.

I’ve not seen Glori and his band play live. And this being their debut release, I have nothing with which to compare “Dawn Calling”. But, I will say, this is clearly a band who confident in their abilities and assured in their individual sound. You don’t record live to tape if you’re in doubt. There’s a lot going for “Dawn Calling”; you’ve got that driving percussion, some lovely, yearning sax, and not to mention those evocative vocals.

“Dawn Calling” is a song that finds and holds its groove; it’s also the kind of single that rewards repeated listens, with each seperate sitting offering up some new aspect to fixate upon. It’s one for the jazz lovers, but also for those listeners that are jazz adjacent, further towards the dance end of the genre spectrum, i.e. Harvey Sutherland fans.

You can also keep up to date with the latest from the Nothin Personal label via Facebook and Instagram.