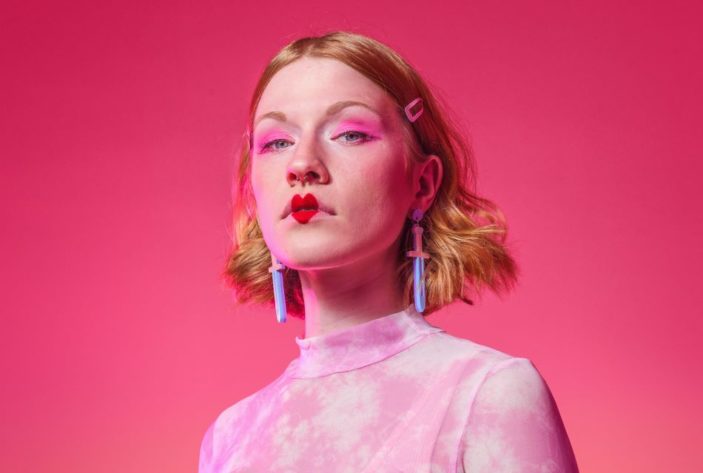 Melbourne’s multi-talented artist, Witching Hour recently released the video for “Queen of Wands”, the final track off her debut EP, Book of Shadows that dropped on the 30th July.

Witching Hour is the moniker for Claire Quartz, who has put together a beautifully vivid and colourful video for the “Queen of Wands”. Claire has synaesthesia which means that visualising colour through sound is a large part of her songwriting process.

Claire says that the track was inspired by the “precious, potent magic that comes from finally choosing yourself.” As for multi-talented, you only need to watch the video, and check out the behind-the-scenes photos to get a sense of her creativity. Claire has given us an insight into what went down to put the video together, and we witness her many DIY talents.

Nick Campbell was the director and videographer for the clip.

So do check out the video, and be inspired by the creativity of this talented artist. 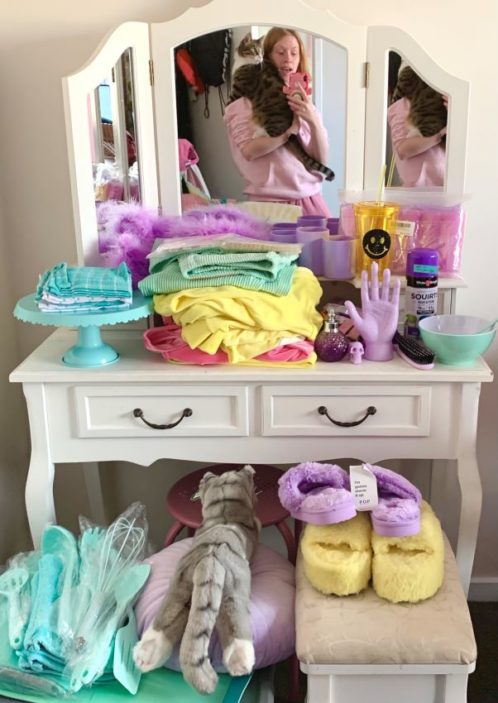 Having way too much fun sourcing props and costumes for the video! Feat. Armie, who you can hear purring in the verses of the track. 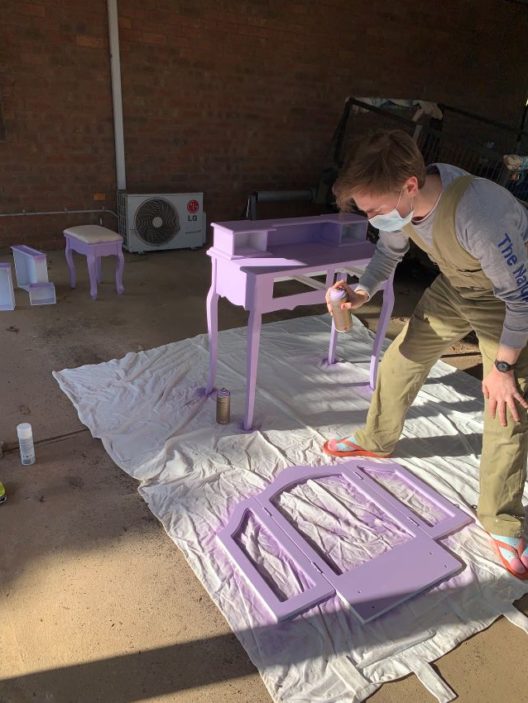 My partner Dom and I spray-painting the vanity purple. 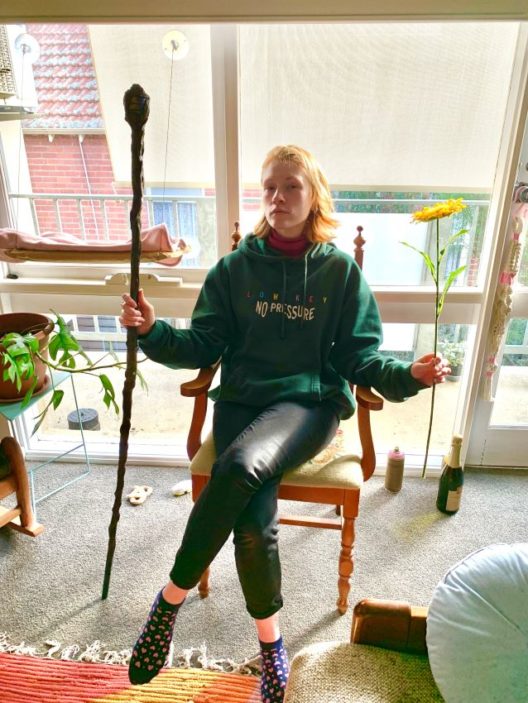 The ‘Queen Of Wands’ character’s throne, staff, and sunflower in their original forms – before being pink-ified! 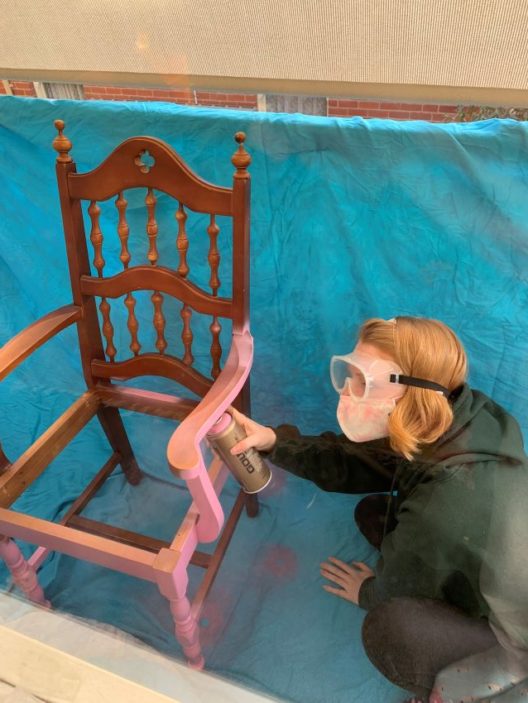 Me spray-painting the throne on our tiny lil balcony! 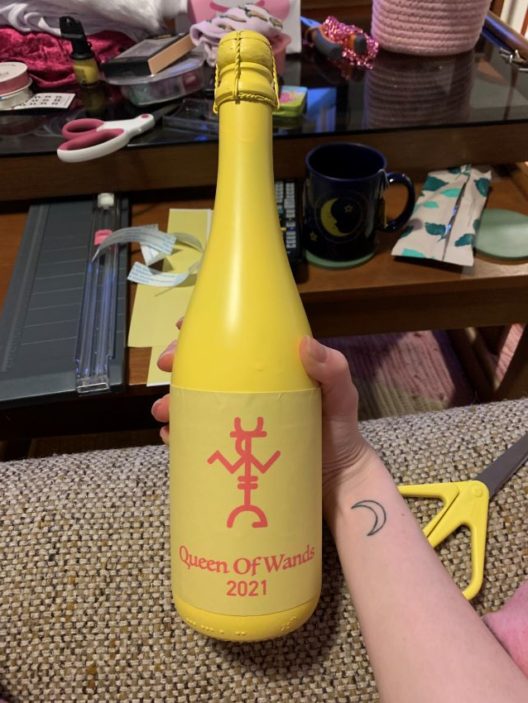 The finished champagne bottle, spray-painted yellow for the yellow scene, with a lil label I made up for it! 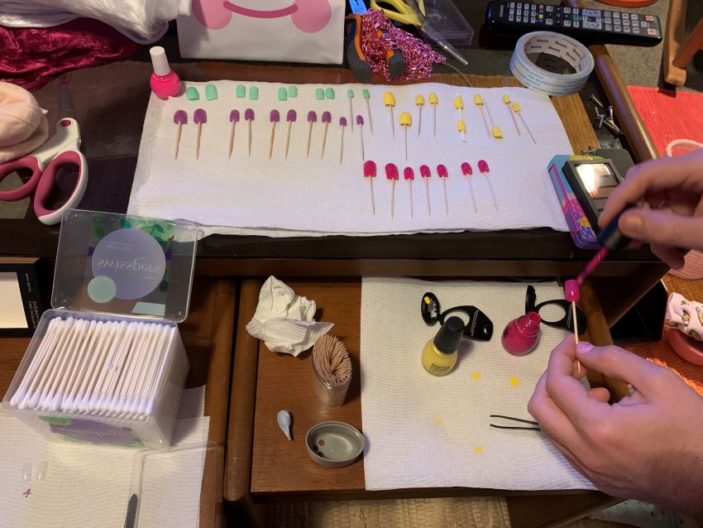 I wanted to have matching coloured nails for each of the scenes but knew I wouldn’t have time to paint them between each location, so we pre-painted 4 sets of fake nails for me to pop on for each scene! 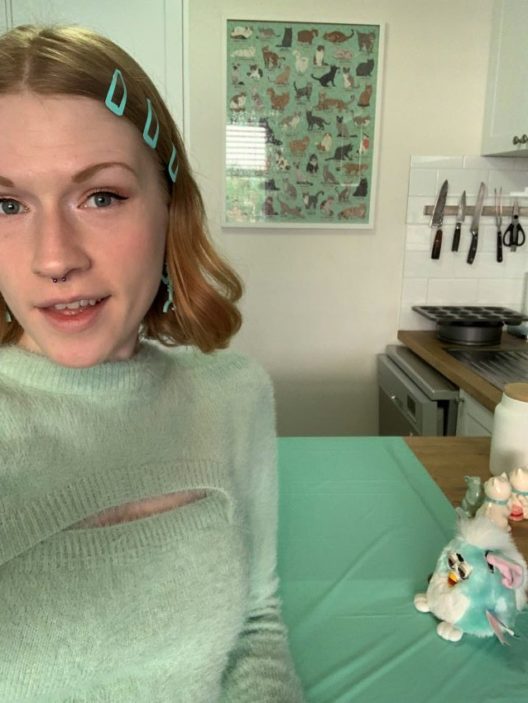 About to shoot the first scene on the schedule – the mint green kitchen scene! 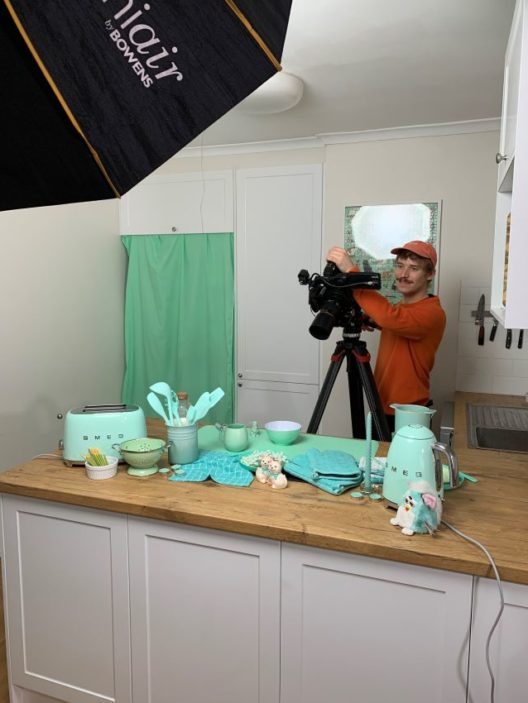 Nick Campbell (director and cinematographer of the music video) setting up for a close-up shot during the kitchen scene. This is the kitchen in my and my partner’s apartment, dressed up all cute and green! 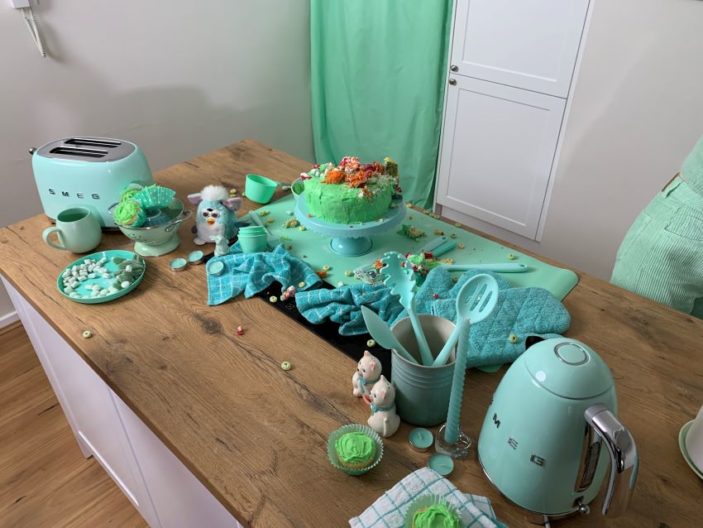 The aftermath of the final takes of the kitchen scene. Cake. Everywhere. 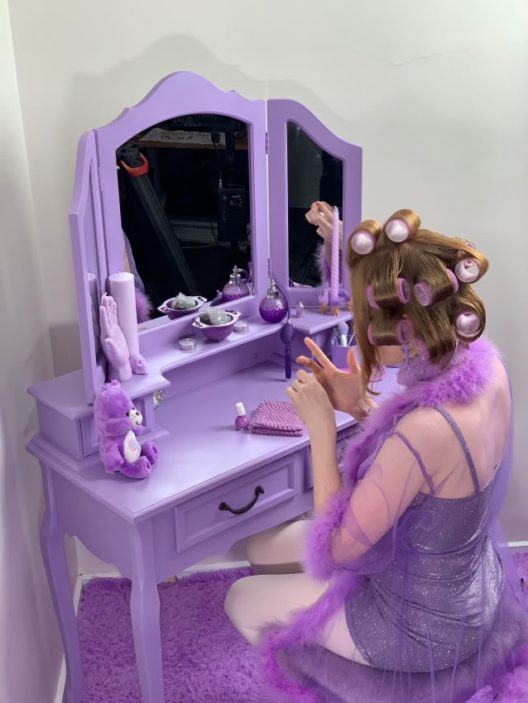 Cleaning my nails between the nail-painting shots of the lilac vanity scene. This was shot in the corner of our spare room/home office, with a sheet draped up so you couldn’t see the rest of the room in the mirror’s reflection on camera! 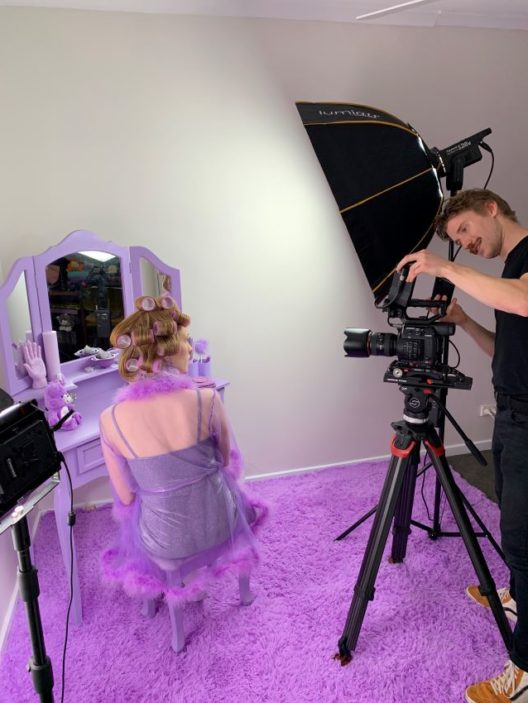 Setting up shots for the vanity scene! 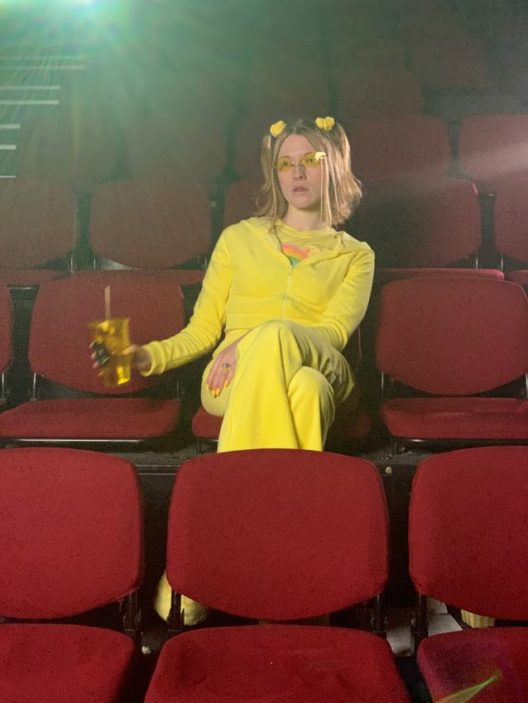 Day 2 of shooting was all on location. First up was the cinema scene, which we shot in the theatre at the Brunswick Mechanics Institute. We brought a projector and smoke machine (to catch the projector beams) with us, to simulate the look of a cinema! 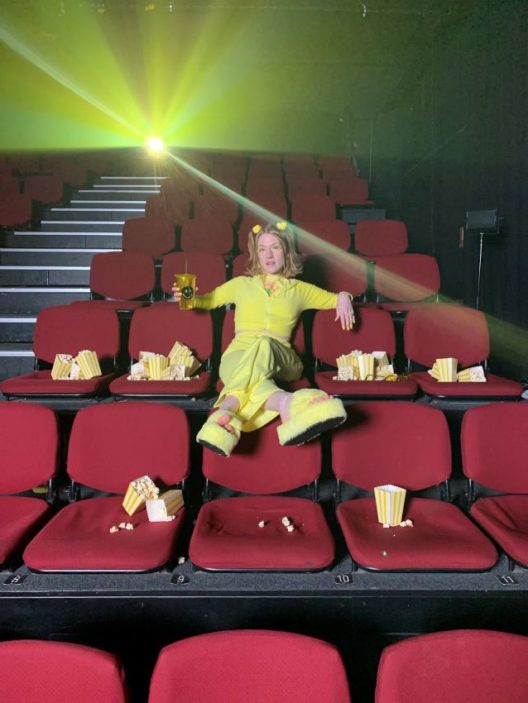 Me with my 24 boxes of popcorn, about 2 minutes before I flipped them all up in the air for our final shot and created a nice big mess for us to clean up afterwards! 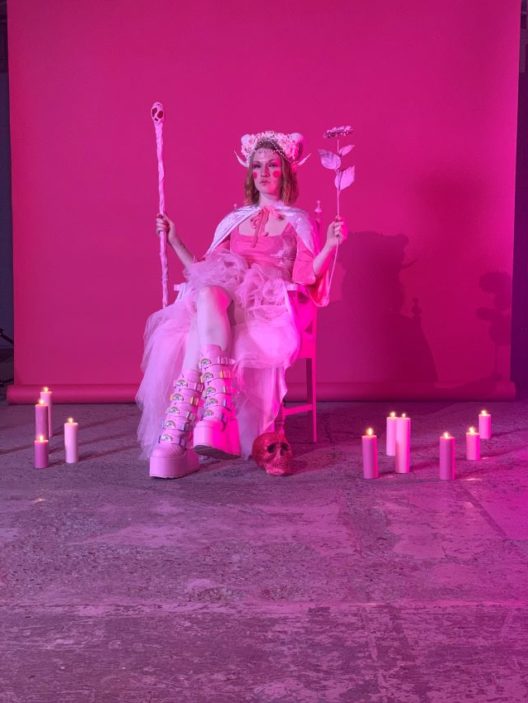 The Queen Of Wands upon her throne, in full pink mode. Wearing the same dress that I wore in the dance scene, which we shot in the afternoon before setting up for this shot, now adorned with my full royal garb, including a cape I sewed together the night before the shoot. We shot the dance scene and the Queen Of Wands scene at Mycelium studios in Brunswick. 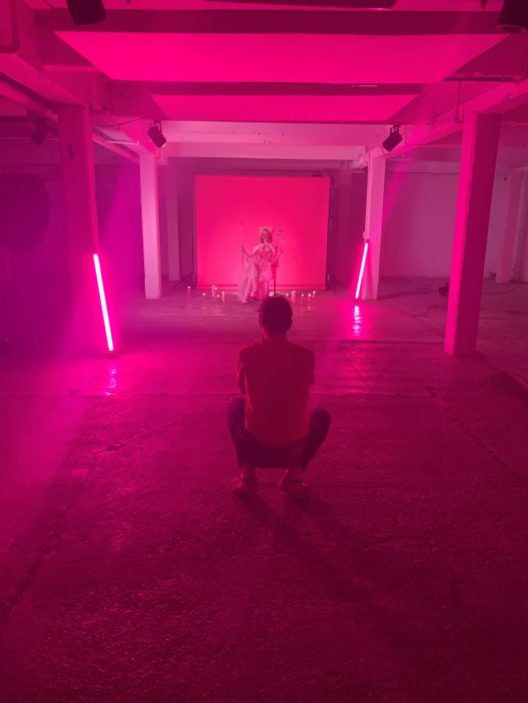 Nick getting set up to capture the dramatic closing scene – the big pink reveal!