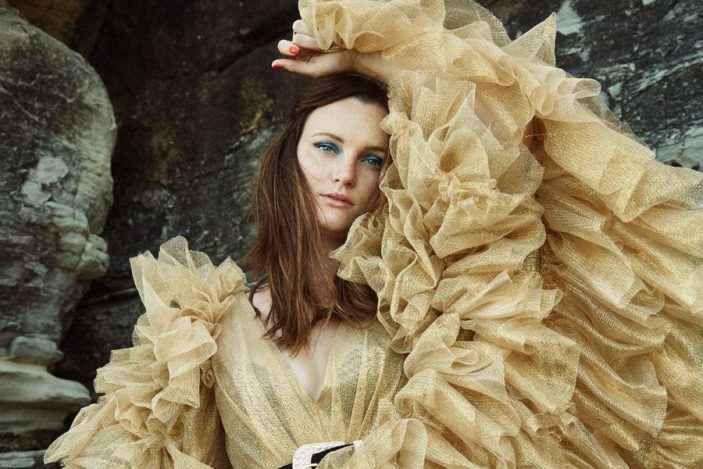 Alt-pop artist AYLA has recently released the dreamy power-pop “Ride Along”, a surging vibrant track with a celebratory theme of self-empowerment. A driving beat, infectious rhythms and vocals that effortlessly float and captivate has this track sparkling with resilience.

AYLA gives us the meaning behind “Ride Along”: “’Ride Along’ is about not sitting back and being walked over anymore – not just going along with what people expect of you, but taking a stand and making things happen for yourself, and in your own way. I think a lot of people expect life has to go a certain way – get a job, get married, have kids etc – but I think we can do things in whichever order we want, as well as leave behind or add in anything that might have once seemed unconventional.

It’s also easy to get stuck in a cycle of doing what other people expect of you. I think I’ve especially found that with my music career, as it is a different kind of path to take, so I didn’t really have any set guidelines and found myself leaning too heavily on what others thought I should do. I feel like this song and project marks the start of a new era where I’m doing what I want to do with my music. “

AYLA burst out of the blocks in 2014 when her single “Wish I Was” was the 14th most played song on triple j that year. Since then she has released two EP’s, and a slew of quality singles. Her debut album is due to be released in 2022. The pandemic has slowed down the delivery of the album, but it’s not far away now.

To celebrate the release of “Ride Along”, Ayla has put together a playlist of powerful tracks by stellar female artists. So do crank it up and celebrate the empowerment showcased by this talented list.

Such a powerful anthem by Thelma Plum. An important messaged delivered cleverly and artistically.

This song by Sycco is such a groove. Can’t go past this one for a head bop.

merci, mercy “Fucked Myself Up”

I think we can all relate to a bit of self-sabotage. This song is so well produced and catchy.

This song is so feel good and sassy, it’s a great motivational banger!

Another bit of self-sabotage, this one apologises for it before it even happens. I love GRAACE’s music. She has so many relatable messages and such a beautiful delivery.

This song takes you into it. It’s such a journey and I love the highs and lows.

This one is so badass. I love the uplifting dance vibe, while having that sassy message.

This one is another great stick-it-to’em style banger. So much attitude, I love the tune.

What a rocking tune this one is. Guaranteed to get you motivated to bust a few moves!

I love King Princess, and this song led me to her. Another huge power song from an inspired female artist.

A banger by Lorde, pumping out another strong release after her killer first album.