Bringing together an 80-strong speaker line-up, Australian Music Week is about discovering real music and relevant industry knowledge from the artists and insider professionals who live and breathe all things musical.

Conference manager Jon Howell has stated that the event is “…about breaking down (the) barriers to the music industry”.  With an array of national and international guests on hand, aspiring artists and industry workers can receive “career-changing advice…day in and day out”.

Some of the talent on hand to lend their advice this year include:

Mike Schwartz, a Canadian Music Health and Wellness coach with over 12 years of professional writing, recording and touring experience to his name. With his celebrated debut book The Musician’s Guide to Surviving The Rock Star Lifestyle under his belt, he’ll be making his international debut as the Trusted Authority of Musician Health and Wellness at AMW;

Deena Lynch, 2016 Queensland Music Awards winner for “Most Promising New Talent”, Lynch performs under the moniker Jaguar Jonze and was recently announced as a performer at the Music Matters line-up in Singapore. In addition to her music, Jonze has forged a career in art, using that creative aspect as a vessel to channel the demons she has faced from a childhood of abuse. Her art project – dubbed Spectator Jonze – is a culmination of self-discovery and healing, bringing a levity to a situation many shy away from; 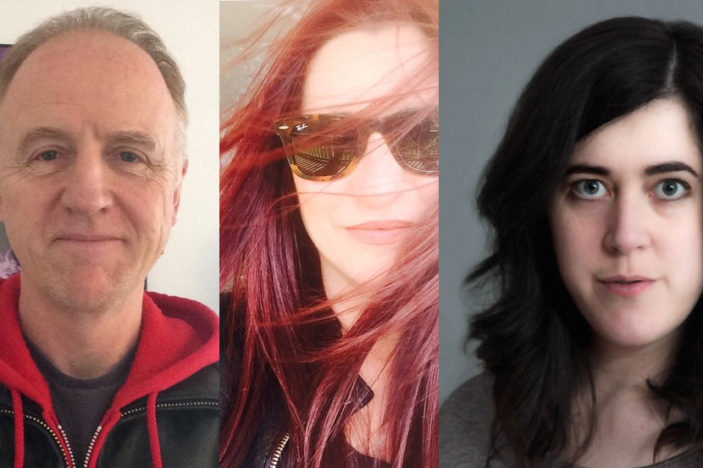 Andy McLean, renowned CEO of East Coast Music Association (ECMA), based in Nova Scotia, Canada. The annual ECMAs are the most prestigious annual music event on the East Coast of Canada, encompassing a nationally televised award show, a 5-day industry conference and showcase festival, and an enviable export buyers program – which has featured acts from Australia, thanks in part to a partnership with Australian Music Week;

Chrissie Vincent, a veteran of the industry with nearly 4 decades of experience to her name, having worked with the likes of Lenny Kravitz, The Rolling Stones, and David Bowie (among others) in multiple capacities as a worker in publicity, artist management and TV production. She now has her own Publicity and Management company, with clients such as Pete Murray, world artist Bombino, and the Between The Bays music festival on her books;

and Hazel Savage, music tech expert and co-founder of Musiio who has over 12 years of industry experience working predominantly with tech companies with a focus on mobile applications. Shazam in London and the Sydney offices of Pandora and Universal Music are just two the of the companies she can claim as previous employers.

Tickets for Australian Music Week are available to purchase through OzTix.