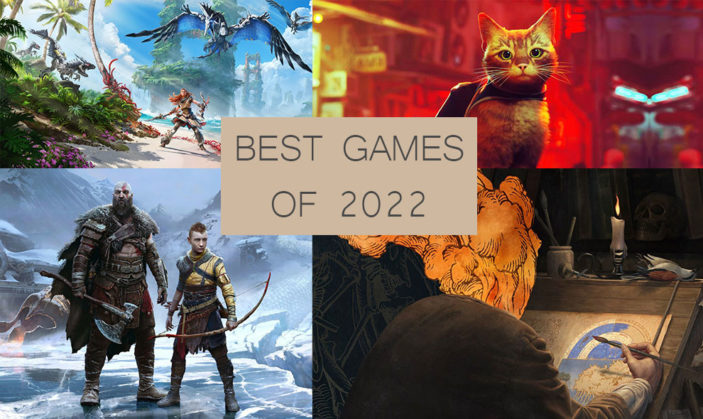 2022 has been yet another special year for gamers and non-gamers alike. With a plethora of special, interesting and memorable experiences on offer, we thought we would round up some of the very best for this year. You can also click on the titles of each of these entries to check out our full, in depth reviews. Without further ado, let’s dive in!

Mario + Rabbids Sparks of Hope was without a doubt one of the bigger surprises of the year, taking on board most of the tropes and features that made Kingdom Battle so successful, all while broadening and strengthening its gameplay and structure. It’s story was also incredibly accessible, meaning you didn’t necessarily have to play Mario + Rabbids Kingdom Battle to reap the full rewards of its refined experience.

Yet another surprise for the year, Pentiment brough with it a rather simplistic experience in terms of gameplay, but an incredibly dense world and driven narrative, along with unique and nuanced characters that contributed to one of the best stories of this year and recent memory as a result. Protagonist Andreas Maler travels to a small Bavarian town to hone his writing skills, before he is soon embroiled in an intriguing murder mystery that seeks to unveil the darkest secrets of the town and its inhabitants. It’s also an incredible history lesson, and while there’s a lot to read, well worth diving into for an incredibly memorable experience.

The indie darling of the year swept us away with a cute furry protagonist. Wrap it all up with a simplistic story and unique cyberpunk world, and it seems as though you have a recipe for success. Given its shorter runtime and admittedly linear design, Stray still manages to build a world that feels lived in, all while taking players on a journey that brings with it all the emotion and context you would have hoped for. While we’re confident many would have dived back in after the credits had rolled, there’s no doubt this one is at least worth one play through.

Horizon Forbidden West simply feels like an expanded, refined version of Horizon Zero Dawn. On paper, that sounds like a journey worth taking, but this sequel is without a doubt one of the most polished and engaging experiences of the year. Beloved protagonist Aloy returns to dive deeper into the Gaia’s corrupted programming, but it’s Horizon Forbidden West’s gorgeous visuals, satisfying gameplay and diverse open world that make it one of the best games you can play on a PlayStation console.

Our review tagline still rings true; this is still without a doubt a masterclass in brutality and satisfaction. Developer FromSoftware’s decision to take things out into the open world has only broadened its capabilities and future opportunities, with Elden Ring laying the groundwork for what can only be considered the ultimate Souls game. The Lands Between are as diverse as they are gorgeous, inviting players into a vast landscape of brutal challenges and outrageous discoveries, bringing with it incredibly functional gameplay, and a challenge worthy of grinding for.

And here it is; our game of the year. Both Elden Ring and God of War Ragnarök provide equally exceptional examples of stellar gameplay and design, but it’s God of War Ragnarök’s heartfelt narrative that got it over the edge. After 2018’s reboot steered things in a new direction, this sequel stands as a shining example of both the power and relevance that ageing franchises have in our medium today. Kratos and Atreus’ growing relationship was only strengthened by the understanding and maturity of developer Santa Monica Studio, who propelled an epic narrative to new heights, tied together with satisfying gameplay, rewarding progression and a memorable cast of characters that make God of War Ragnarök our pick for the best game of 2022.

And that’s a wrap! Do you agree with these picks on our list? Did we mention one of your favourites? Either way, we feel as though there’s no better time to try these if you haven’t! From us here at The AU Review, we would also like to take this time to wish you all a very Happy Holidays, Merry Christmas and Happy New Year. See you in 2023!