Stray Review: A stroll through the neon lights 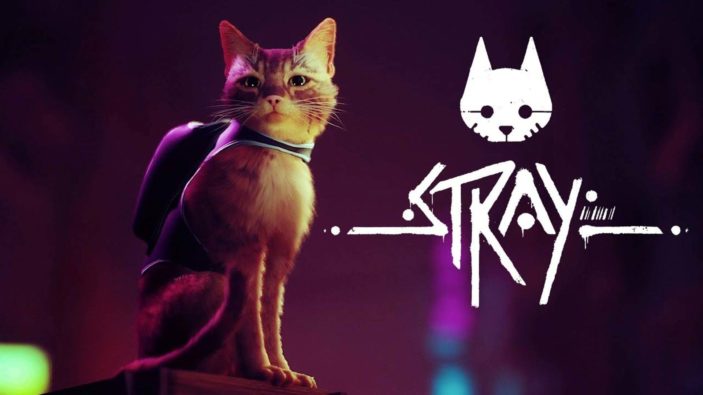 When you think of 2022’s game of the year contender, one real contender comes to mind; Elden Ring. But developer Blue Twelve Studio had to go ahead and drop this fantastic feline fiasco with little fanfare, in addition to being free for PlayStation Plus Extra subscribers. Since is release, Stray has turned into a viral sensation with memes and videos; but is the game actually worth playing? Playing as a stray cat in a neon cyberpunk, robot infested world where you’ll explore high and low, like only a cat could. The visuals are both inviting and gorgeous, blending with a catchy soundtrack and cat meow sound effects that will lure in any unsuspecting pet to your TV. The biggest surprise however, was its story, as you attempt to uncover the secret of what happened to the traditional human world and why little rat-looking creatures known as Zurks, attempt to devour any living being they come across. Put simply, Stray delivers one of the most adorable and interesting titles of 2022 that will be sure to appear on many game of the year lists.

Players take control of a stray cat, which can be given a name. After getting separated from the rest of the litter in the opening scenes due to a storm, you must find your way to the surface world with the help of a helper bot B-12, a mini sidekick that folds and fits into the cutest bag on your cats back. B-12 will help you find clues to assist you in your quest to find your way to the surface and avoid getting devoured by the Zurks. Surprise attacks from the little creatures can also be quite terrifying, as they move about in hoards, much like the zombies in World War Z that just climb and attack in an unrelenting fashion causing mayhem and destruction at every turn. 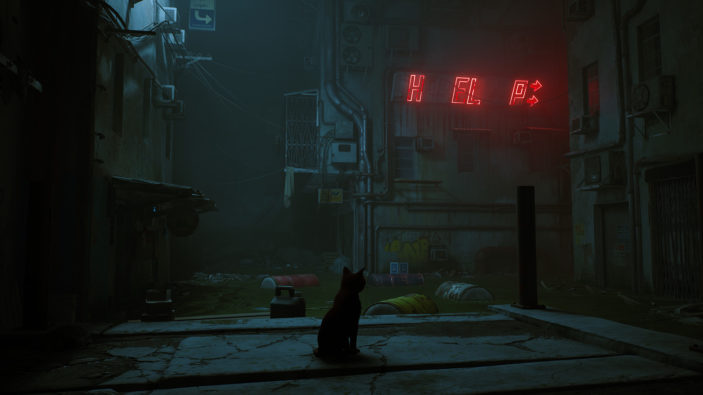 A Day in the Life

Aside from general exploration, you’ll knock over paint cans, destroy piles of books and boxes that have been littered throughout the world and use any carpeted surfaces as neat scratching posts for those sharp claws. As the story continues, you’ll gain access to additional abilities to help you fend off the Zurks. The more you play and explore, the bigger the world seems. Your B-12 is also great at helping you keep to the areas that you need to stay in to be connected to the current mission you are on. The environments are so beautifully detailed, it becomes really easy to get engrossed in the world that feels lived in and as a result, lose yourself. Going hand in hand with the stunning visuals, is the haunting soundtrack. The score offers up a moody and futuristic tone that is not afraid to ramp up when things get intense while working back down to a melodic swoon that keeps things easy going. It adds such a beautiful layer of nuance and emotional depth to this already elevated experience.

The game clocks in at around the 6 hours and rarely overstays its welcome. If it was any longer around the 50 hour typical open world game, it would be too much and possibly fall on its face. Fortunately though, Blue Twelve Studio have delivered the perfect experience in a tightly nit story that only leaves you wanting more. The game is also free on the two new PlayStation Plus Extra and Deluxe tiers. For what works out at about $11 a month, the Extra option is quite the bargain due to the increasing day-one releases like Stray. 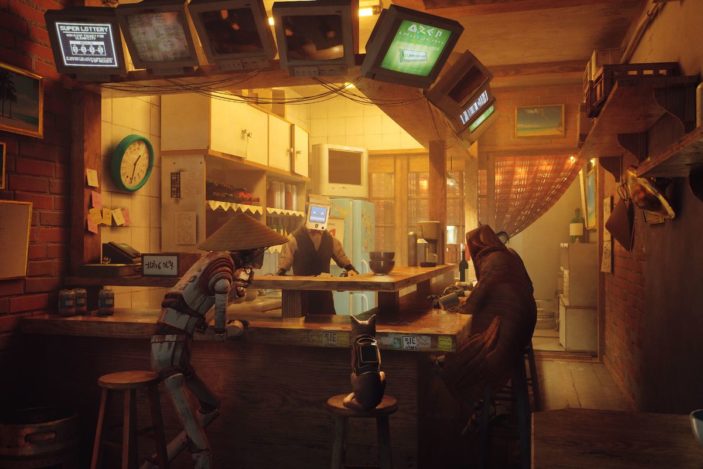 While you will finish this game in a single breezy weekend, it doesn’t take away from the important experience that Stray has to offer. While I half-expected the cat to have super powers or learn to fly etc, keeping the game as essentially a cat exploration sim allowed for a change of pace that offered something different in the gaming landscape in 2022. That being said, a hauntingly beautiful soundtrack and surprisingly nuanced story carry Stray’s shorter runtime with confidence and a consistent pace.

If you are not a cat lover, you will be won over by the sheer cuteness that awaits you. Feline lovers will be enchanted by the traits that make cats such interesting companions. This is easily one of the best games I have played this year and as the game is also out on PC, make sure you look for some of the hilarious mods that are available. Stray is quite simply one of the best games of 2022.