Xbox and Bethesda have partnered with Aussie controller kit bashers We Are Robots on a demonic new Xbox Series X|S controller to celebrate The Elder Scrolls Online: Blackwood.

The entire Xbox controller resembles Mehrunes Dagon. In the Elder Scrolls lore, Dagon is the Daedric prince of destruction. Oblivion’s own CEO of being a naughty boy, most remember him as The Elder Scrolls IV: Oblivion’s arch-villain. He has now reared in his head in The Elder Scrolls Online: Blackwood and is causing all sorts of cataclysmic trouble.

The Elder Scrolls Online Xbox controller face has been painted red to resemble Dagon’s charred skin. Deep carved grooves around the buttons mimic his scars. The ABXY face buttons have been translated into Daedric runes. There are even little devil horns at the top near the LB and RB buttons! On the rear face, you’ll find the familiar TESO Ourobouros rune, symbolising the three factions vying for control of the Imperial City and Tamriel at large. 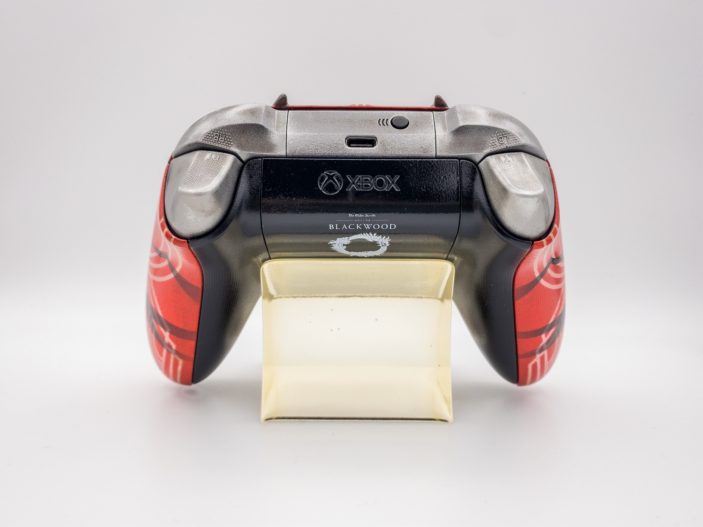 Bethesda ANZ and Xbox ANZ are going to be giving away ten of these bad boys across their social channels. You’re going to want to stay glued to those socials if you want a chance at scoring one. You can find Bethesda ANZ on Facebook, Twitter and Insta here. Xbox ANZ is on Facebook, Twitter, and Insta right here. If you miss out, you may have to bargain with a surly eBay Khajit should one ever pop up in the future.

The Elder Scrolls Online: Blackwood is out now. You can read our full preview here.