In a media landscape full of remakes and remasters, it takes a masterpiece to stand out. Such is the case with Final Fantasy VII Remake, a modern take on an RPG considered one of the greatest of all time. Here it takes on another accolade — it’s also one of the greatest examples of how to faithfully reimagine a classic.

“A promise is a promise.”

Final Fantasy VII Remake works hard to recreate the adventure fans experienced on the original PlayStation back in 1997. FF7R takes place in the city of Midgar, a city ruled by the Shinra Corporation who greedily haul natural resources from the earth to fuel their own machinations. You are Cloud Strife, a mercenary who joins freedom fighter group AVALANCHE. Its leader Barret Wallace wages a guerilla war on Shinra’s poisonous reactors. What seemed like a wad of easy money quickly becomes a journey of self-discovery, post-traumatic stress and personal redemption.

Without doing much deeper into the story, please understand that this remake constitutes only the first part of a longer story. It focuses on the earlier portion of Final Fantasy 7 set in Midgar, and ends much earlier than the original. More, according to producer Yoshinori Kitase, is coming later. The team felt their vision no longer fit within the bounds of a single game and so now we may be looking at as many as two FF7R sequels.

That said, Final Fantasy 7 Remake greatly expands this early portion of the narrative. It dives deeper into Cloud’s motivations and those of his allies. The English voice acting is top notch, and incredible visuals highlight intricate character details that sell its more emotional sequences. The narrative has undergone several minor revisions to better accommodate its larger scale. For returning players, this means a slew of pleasant new surprises. 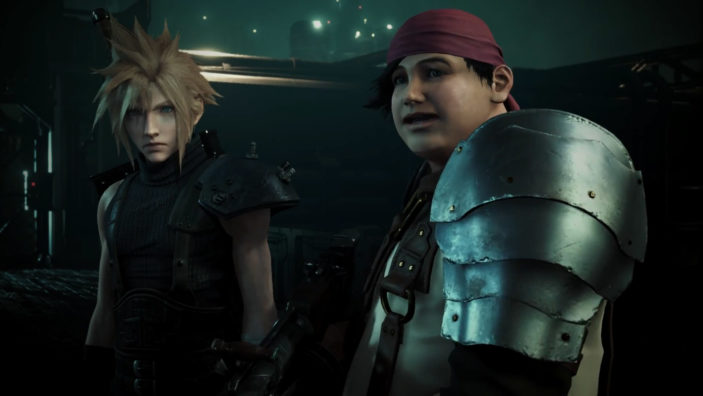 “If everything’s a dream, don’t wake me.”

Final Fantasy VII Remake operates in two main modes: exploration and combat. As stated, FF7R is set entirely in Midgar. As such, Midgar has expanded to offer greater map readability and new areas to explore. Midgar is far from the open-world of Eos seen in Final Fantasy XV. Instead, it provides several detailed hub worlds for Cloud to explore. Each hub contains smaller side-missions that take the player to each corner of the map. These smaller sections create the convincing illusion of freedom — you can anywhere you want within each area — but their true purpose is to keep the player on a slightly more linear path.

Because the game communicates the city’s grand scale so effectively, this sudden linearity may frustrate. This is a clash of design versus player desire. You want to explore the whole thing, immerse yourself in the city and wander freely. The original Final Fantasy VII  boasted detailed pre-rendered backgrounds. To be able to look up at the huge structures that tower above Midgar is a feeling that is hard to describe. Midgar lived in the imagination for so long that to see it in this kind of detail is to be utterly transported. This same eye for detail is everywhere, from detailed character models and environments to stunning lighting effects.

Combat is terrific fun, and remained consistent and engaging throughout my entire playthrough. Each battle feels tense and powerful, whether you’re taking on smaller Guard Hounds, or the dreaded Scorpion Sentinels. Combat moves from the turn-based battles of the original to a real-time system that reinforces the same lessons. Though you are free to move and attack at will, you’ll still find yourself making the same decisions — strike now with one hero, back another down to heal and keep a third on support while they build super. Combat in Final Fantasy VII Remake is perhaps best thought of as a blend of combat mechanics we’ve seen before. There’s a little of FFVII and FFXII in the mix, but it’s FFXV from which Remake draws most of its battle inspiration.

Attacks are bound to two buttons, a precise regular attack and a heavy charged attack. You can press and hold either button to attack multiple enemies at once. The trade-off there is you will leave yourself exposed to attack while recovering. Players can jump between each member of the party — Cloud, Tifa and Barrett — all of whom have their own unique movesets. Tifa is a hand-to-hand specialist whose speed is lethal to human combatants. Barrett’s chain-gun arm is devastating to mechanical foes. Final Fantasy 7 Remake also retains the deep customisation options fans adore, encouraging experimentation with swappable upgrades and buffs. Materia, orbs that unlock and use new spells or summons, add incredible depth to each scenario. You’ll need to think about which Materia you have equipped and stay ahead of the game, as one may not be as suitable as another encounter-to-encounter. 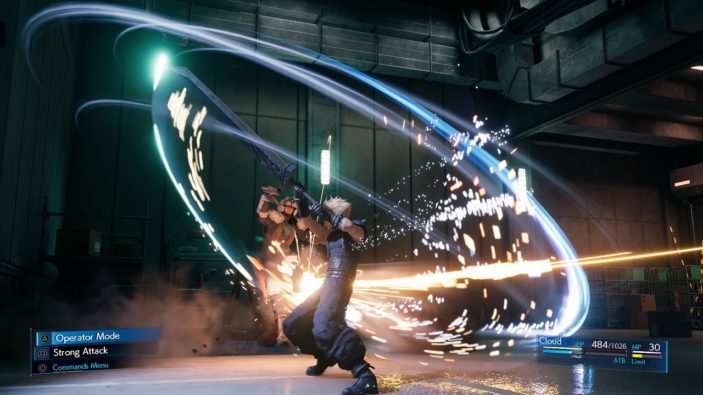 As stated, none of these changes mean that Final Fantasy VII Remake has forgotten its JRPG roots. Players can pause at any time to access spellcasting and item menus. These menus can also be accessed via a quick menu in real-time. What initially feels like an add for extra variety becomes an area of careful consideration and choice. In addition to a health bar, each enemy has a pressure bar that slowly fills throughout combat. Once drained, the enemy will stagger, opening them up to devastating damage. The thing to know is that this bar fills faster when you home in on its weakness — this could be a specific attack, spells, or even a specific character. As a result, what appears to be hack-and-slash combat gives way to strategy and positioning as you work to effectively dispatch a pesky enemy.

“I made it this far, believing in the memories we shared.”

Was there anywhere I felt the went wrong? Certainly, though they’re more bugbears than anything else. My problems with the game don’t detract significantly from the overall experience. For example, the side-missions often paled in comparison to the epic main missions. I caught myself rushing to complete these more mundane quests in order to push further into the story. Though the main narrative moves at a lively pace, it’s a shame to see it throw these side-missions in your path as a means to an end. It wants to help you grind, keeping the XP wheels turning and helping you upgrade the party to keep them viable.

These side-missions are clearly the result of narrative stretching. Given the choice to focus on Disc 1 content, the team had to find a way to justify the $99.95 AUD price tag. As mentioned earlier, a sequel is on the way and will continue the story. As it stands, this is about as clear cut a case of padding as you’re likely to find anywhere. 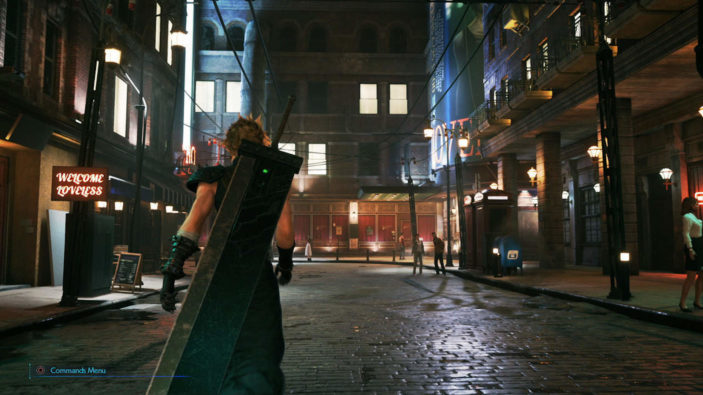 In a crowded field of remasters and remakes, Final Fantasy VII Remake is best in class. It offers a deeper narrative and an incredible combat system. It features gorgeous visuals and fleshes out the game world in new and exciting ways. Final Fantasy VII fans can relax in the knowledge that the game you love, the game that likely changed your life, has been done justice in the modern era. This is without a doubt one of the best remakes of this or any hardware era, and an experience I won’t soon forget.

23 years is a long time, but it was worth the wait.