Final Fantasy XII began a new era for the series — but does it still hold up? 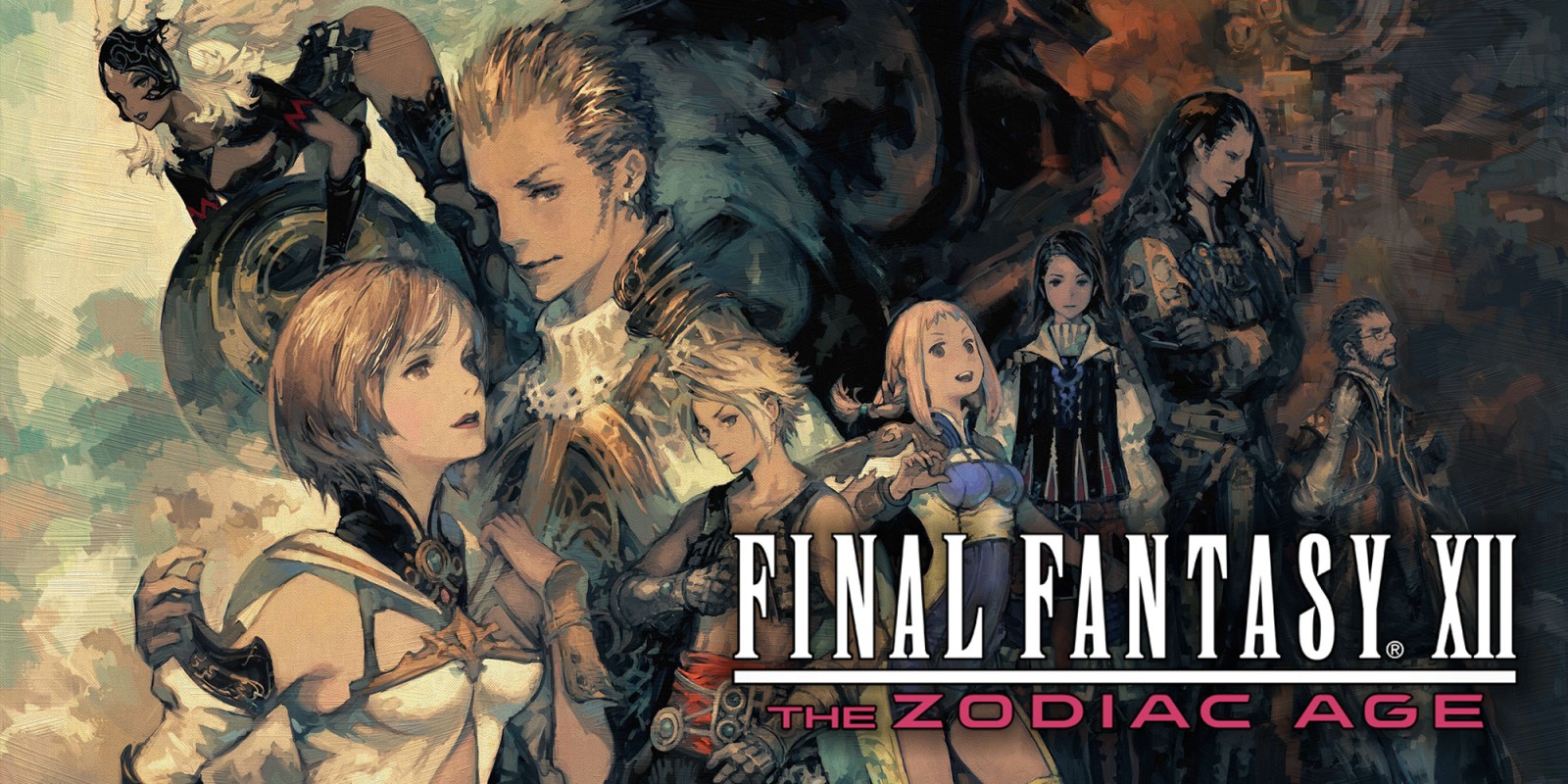 Final Fantasy XII is the latest in the iconic franchise to head to Nintendo Switch. This edition, The Zodiac Age, is an expanded version of an existing remaster localised for the first time in 2017 on the PlayStation 4. Like the majority of Final Fantasy remasters, ports and what-have-yous, the game looks slick, plays smoothly and showcases the best that Final Fantasy has to offer.

Final Fantasy XII released in 2006 for PlayStation 2 and was met with instant, raucous praise. It was hailed as one of the best RPGs available for the console, but left a relatively shallow legacy. After all, 2006 was the year the PlayStation 2 began to wind down, clearing the deck for the arrival of the PlayStation 3.

Releasing a PlayStation 2 game in 2006 was a bit like throwing dog shit in the wind and despite impressive sales, it was quickly forgotten as the next generation of shiny new titles took over. Of course, none of this means that the game is insignificant within Final Fantasy franchise history — or in gaming.

Final Fantasy XII was the first in the series to feature an open world, and felt all the better for it. Ivalice feels absolutely huge, and features city, beach and forest biomes among a range of gorgeous locations — many of them hidden behind a thick layer of late-PS2, blocky charm. 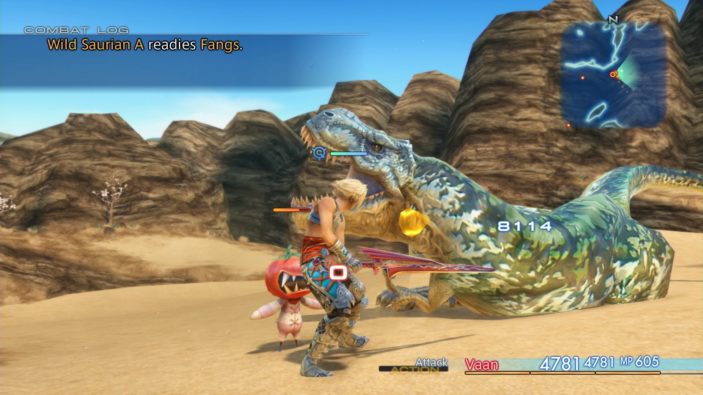 Because of this, the story feels sweeping, grand and magnificent — everything you’d want from a Final Fantasy. However, in the modern day, it all just feels a bit same-y. See, part of the problem with being an iconic and enduring franchise is copycats. And Final Fantasy XII has had its fair share of them, games that have successfully aped everything from its gorgeously designed locations to its epic, otherworldly character design, often and arguably better than it ever did.

Japanese gaming is full of charming bunny girls, and nearly every anime-styled RPG features a take on FFXII‘s old-school steampunk style. Vaan, the white haired, crop-top wearing protagonist is hardly that different from your average Haseo.

One of the very first roadblocks I encountered on my journey through Ivalice was a wild and incomprehensible combat system. Alongside new open world features, Final Fantasy XII brings the pain with a new semi strategy-based, semi real-time combat system. 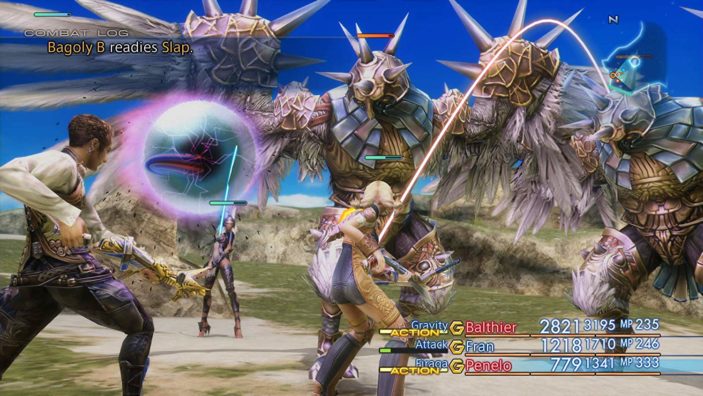 It gives you the illusion of freedom, before yanking it swiftly away. The way it’s supposed to work is that you queue up a series of attacks and when your characters are free to attack, they will. Seems fine, except it feels more like this:

The odd delay between input and action is as confusing as it is frustrating, particularly because you can still make your characters run on the spot if you choose. The combat is a weird half-step between turn-based strategy and real-time, and it takes a lot of getting used to. It ended up being one of the major sticking points I had with the game.

Looking at Final Fantasy XII in isolation, it’s a refined and gorgeous adventure featuring a cast of mostly loveable characters. There’s sky pirates and crop tops and dead kings, and the story it tells is genuinely interesting and engaging. In 2006, it was hailed a marvel of the genre, and for good reason. It’s backed by gorgeous visuals (for the time), a well-written story and an expectedly epic soundtrack. 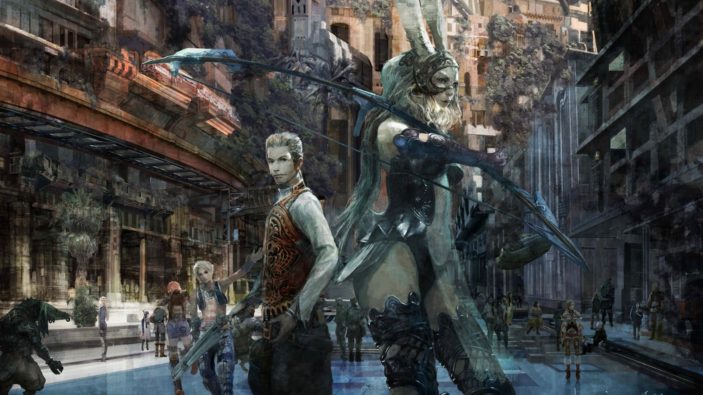 But in 2019, it’s a game out of time. The problems that I had with it are the same I had with Final Fantasy X. Barring nostalgia, or a mad urge to complete the entire Final Fantasy franchise, there’s little reason to make time for this game in the year 2019. You want epic fantasy about the betrayal of kings? The Witcher series does it better. You want to explore gorgeous biomes and battle epic beasts? Monster Hunter World does it better. There’s an easy counter for every “new” thing the game does right.

But if you were that way inclined, if you did possess that mad urge, and modern gaming holds little interest for you, it’s hard not to recommend Final Fantasy XII. Even held back as it is by a rocky combat system, it represents everything that was good and pure about gaming in the mid-2000’s.

It’s a well-made game that should have made a bigger impact than it did, but in the modern era it’s become just another relic gathering dust.