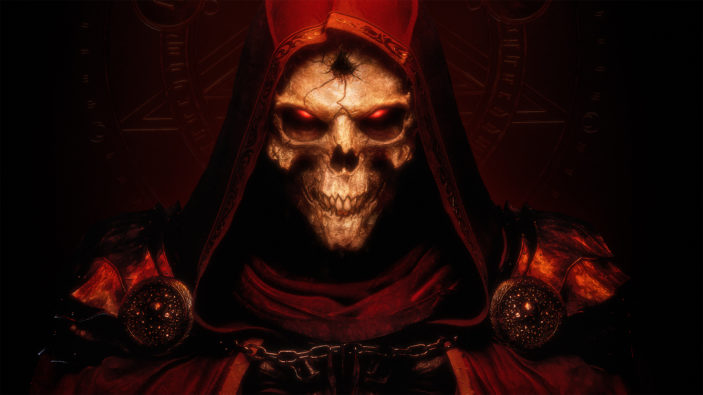 The first thing you notice about the0 Diablo 2 Resurrected technical alpha is the way it looks just the way you remember it. The (by today’s standards) low-res models and environments have given way to a crisp, clean visual overhaul. It’s exactly the kind of remaster a community like the one that clings to Diablo 2 wants — a bottom-up visual refresh that in no way alters the spirit of the original game. Given the game’s age, this is no mean feat.

Pressing the G key allows players to toggle back and forth between the remaster’s upgraded visuals and the blocky, pixellated 680×420 resolution graphics of old. What leaps right out is the effort that’s gone into polishing insignificant visual flourishes. The barbarian’s walk animation recalls the jerky stride of the original, but the shoulders-forward menace of his build comes through better than ever. The satisfying flip-and-thud of items bursting out of downed foes and landing on the ground is as eye-catching as ever.

What will likely make a bigger splash with returning veterans are the quality-of-life updates Blizzard have added to the game. None of them changes the core of the D2 experience, they just do away with some of the more frustrating and aged aspects of its design. For instance, your character will now pick up any gold they walk over automatically. You can still click to pick it up if you want, but you don’t have to.

The item stash is now shared across all of your characters, doing away with pack mule characters specifically for holding loot. There’s a new array of hotkeys. Blizzard has added a party system to make jumping into games with friends easier than ever — again, optional. You can still type “pp” in the chat if you want to do it the old fashioned way. Controller support on PC. Mod support. Your old saves will still work. There’s cross-progression with consoles if you want to hop between systems.

The impression the Diablo 2 Resurrected technical alpha gives is one of reverence. The team behind the project is well-aware of the D2 community’s religious fanaticism and appears to be doing everything it can to give those fans the update they’ve craved for so long. For D2 fans, after the heartbreak of Diablo 3, a game that didn’t truly cater to them and never really tried to, this will be a long-overdue balm. It feels foundationally strong, and for an alpha was remarkably bug-free. It felt like a touch of the old Blizzard, the company that would move to closed beta at a point where others would be launching.

As far as Blizzard remasters go, there’s the right way and the wrong way to go about it. 2020’s Warcraft 3 Reforged is an example of The Wrong Way. Afraid of putting off an audience that only knows Warcraft as an MMO, Blizzard made too many changes and wound up fouling the experience for new and old players alike. The Diablo 2 Resurrected technical alpha suggests Blizzard is doing everything it can to avoid that happening again.

Diablo 2 Resurrected currently has no set release date at this time. It will launch on PlayStation 4, Xbox One, and Windows PC via the Battle.net app.

This preview was conducted on PC using an early-access tech alpha code provided by the publisher.