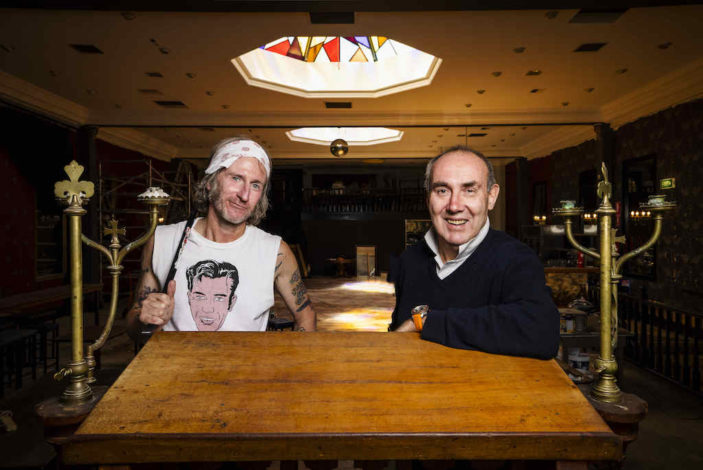 A swanky new performance venue is about to open in Melbourne’s old Metropolis House on Sydney Road. The Brunswick Ballroom is set to become Melbourne’s most eclectic and diverse new entertainment venue, hosting Australian and international acts, from music and cabaret to comedy.

Spearheaded by new venue owner and impresario Andrew Kay AM, Brunswick Ballroom has been fully reimagined, with refurbishments including glittering stained glass ceiling domes, an open-air balcony and a dramatic staircase.

Now, the venue will open for its first gig on February 25th, beginning a quirky and eclectic 2021 programme. Don’t miss legends such as Brian Cadd, Tim Rogers and Kate Ceberano over February and March. A list of rising stars will also be on show, including Grace Cummings and Ben Mastwyk.

On the 4th and 5th March will be the Brunswick Ballroom Opening Gala, a show described as a ‘cabaret love letter to Melbourne’. The Gala will be the venue’s chance to properly celebrate its rebirth, with a fun and entertaining show that embrace’s the Ballroom’s rich, 1960s history.

The opening gala will be hosted by the prolific Eddie Perfect and newcomer, Margot Tanjutco, audiences can expect dazzling performances by some of Sydney’s greatest, including the tremendous Mama Alto, screen leading man Bert LaBonté and Indigenous performer and songwriter, Jess Hitchcock.

The venue will also host events as part of the Brunswick Music Festival, including Girlatones’ album launch on 6th March and D’arcy Spiller on 10th March.