Review: All About Women at the Sydney Opera House addresses inclusivity and your right to be angry

It’s an interesting time to be a woman right now.

The news coming out of Canberra of harassment, assault and rape is shining a light on the fact that the “boys club” in this country is still alive and well – and women are, rightfully, angry.

Angry that it is 2021 and we are still seeing a culture of victim blaming. Angry at the media for their treatment of the cases. Angry that despite all the strides the women before us have made, we still exist in a world where men believe they can abuse women and get away with it.

And I can think of no better time for All About Women at the Sydney Opera House.

Held every year in honour of International Women’s Day (March 8), All About Women brings together brilliant and inspiring women from Australia and around the world to cover topics from Artificial Intelligence bias to discrimination against sex workers.

This year the series of talks operated a little differently, with the ability to watch all seven talks online and all international guests appearing via a screen. This is how I chose to attend, along with more than two thousand other viewers. Although originally a measure brought in as necessity due to COVID-19, it did serve to make All About Women both more affordable and more widely accessible, which can only be a good thing.

I streamed all seven talks, but here will focus on Sex Work and Feminism, White Feminism and Men Who Hate Women.

A panel discussion between Tilly Lawless, Jules Kim and Chantell Martin centred around the troubled relationship between feminism and sex work.

All too often sex workers feel as if people are speaking for them and there is a lack of respect for their own voices. All three women on the panel have worked, or continue to work in the sex industry and brought their own unique take on this frequently misunderstood profession.

Lawless is a queer, Sydney- based sex worker and vocal feminist who says that one of the biggest misconceptions about her job is that sex workers embody the patriarchy.

Martin is a transgender woman who moved to Sydney in the 1980s and began working as a street sex worker. Now a community service worker, Martin has seen many shifts in the industry over the last 30 years but feels there’s still a long way to go. She discussed the decriminalisation of sex work in NSW in 1995 and how it did not improve the discrimination and stigma attached to the profession.

Lawless added that sex workers can’t donate blood, can’t enter the United States and struggle to transition into other work once they leave the industry. They struggle to find accepting relationships and often can lose custody of their children.

The most interesting discussion between the women was around consent. There was a comment from the audience that sex workers are ‘consent educators’ because consent is a minefield they navigate on a daily basis. Lawless explained that consent isn’t always verbal and that sex workers have to pick up on other cues. She explained that consent occurs through an entire encounter, not just at the beginning.

Hearing these amazing women speak made me realise how much we can learn from them.

Koa Beck’s book White Feminism dissects this ideology which sees women aspire to individual power over community wellbeing. It’s an idea which started with the Suffragettes who sought all the rights of men but at the expense of marginalised women. Suffragettes are historically depicted as thin, white women with children and family values – a stark contrast to the reality of the situation.

It was fascinating to listen to Beck discuss how feminism has been commodified and young women today can “purchase your politics”. The Suffragettes achieved this with ‘Votes for Women’ badges, now it’s the very popular ‘The Future is Female’ t-shirts. According to Beck this is a white feminist strategy. I suddenly felt really uncomfortable about my ‘The Future is Female’ top in my cupboard and began to wonder if I was yet another product of a system designed to hold women, as a collective, back.

Laura Bates’ discussion of her book Men Who Hate Women and her experiences writing it was by far the most amazing and terrifying talk of the day.

Creator of the Everyday Sexism Project, Bates would receive upwards of 200 detailed death and rape threats a day from men who described how they planned to kill her – all because her project pushed back against sexism.

She began to talk at schools and it was here she encountered young boys who were being radicalised online by misogynistic men’s communities to hate women, and feminists in particular. It was these encounters which lead the writer to research what is known as the ‘Manosphere’ and infiltrate these communities. What she discovered is more than a little horrifying.

With hundreds of thousands of members and tens of millions of conversations, the Manosphere consists of very separate groups that each share similar ideas, such as, Incels, Pick Up Artists, Men Going Their Own Way, Men’s Rights Activists and Trolls. These men hate women, they blame women for everything that is wrong in their lives and they fervently believe that it is actually men who are discriminated against. They fantasise about a day of reckoning where they murder and rape women and discuss how it will play out.

Think this sounds way too farfetched to be real? Just Google Elliot Rodgers and read about the 2014 Isla Vista massacre. It’s all too real.

Bates mentioned there have been more than 100 attacks in the last ten years as a direct result of these men’s groups radicalising young boys. We need to start calling this what it is – it’s terrorism.

And what is our Government doing to stop it? Nothing. In fact politicians in Australia have been cited as meeting with these men, entertaining their views and actually allowing their ideas to shape policy in this country. Are you scared? You should be.

The big question is how – how is this able to happen in 2021? How are more people not taking a stand and dismantling these groups and putting a stop to the hatred, the death threats and the violence? Perhaps it’s because we still live in a country where on average 1 woman is killed a week by a current or former partner. Perhaps it’s because when we hear that another woman has been murdered at the hands of a man it just becomes white noise. Perhaps because we are simply used to men raping and killing women. Like I said, horrifying.

This has to stop. The first step is awareness. The second step is action. 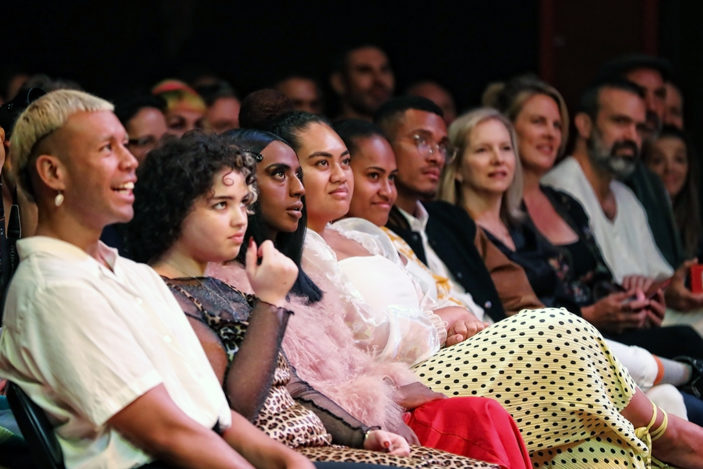 Both Caitlin Moran (More Than a Woman) and Isabel Allende (The Soul of a Woman) described the fight for gender equality as a war and that’s definitely how it’s felt of late. But it’s not a war we can fight alone.

If there was one glaring takeaway from All About Women it was that individually we are strong, but together we can change the world. And the world desperately needs it – so stay angry.

This is not the first time I’ve attended All About Women, but every year I am blown away by the amazing women who refuse to stay silent, often risking their lives to have their voices heard. This is a risk that many women around the world are taking every day and it is up to each and every one of us to ensure they aren’t doing it for nothing.

Recordings of all panels from All About Women are available to rent and view online – check out the Sydney Opera House website HERE for more info.