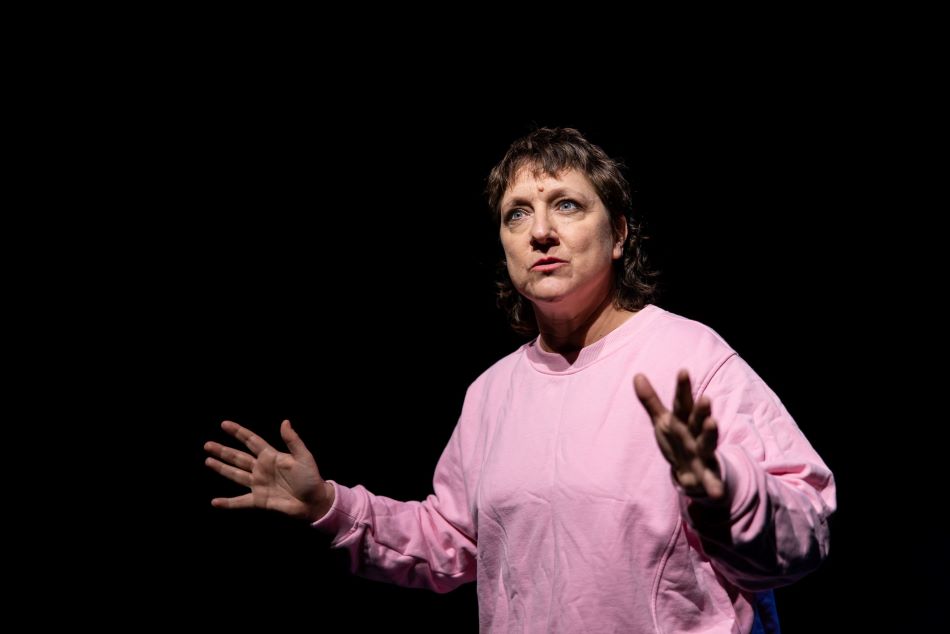 On Monday 16 November 2009, the Australian Parliament formally acknowledged and apologised for the harsh treatment and ongoing trauma of Forgotten Australians and former child migrants. There are an estimated 500,000 children who experienced care in institutions in Australia throughout the 20th century – Kaz Therese’s grandmother and mother were two of them.

Incorporating video, performance and storytelling, Sleeplessness at Riverside Parramatta invites you on a journey stemming from three generations of women. Artist Kaz Therese creates an incredibly engaging narrative through documentation, intrigue and mystery as they investigate the life of the women who came before them.

The story begins with the death certificate of an unknown German man who was buried with two others after passing away in a nursing home in Sydney’s West. We learn that Therese’s grandmother came to Australia from Hungary after the Second World War, and through vague recollections from their mother and their own investigations, they begin to piece together the life of a woman they never knew.

Through this astounding performance, Therese manages to give her back her life while subsequently redefining their own.

Co-written and directed by Anthea Williams, Sleeplessness shines a light on Forgotten Australians and the brutality afforded them in institutions across this country. The work doesn’t shy away from delving into the darkest areas of abuse, balancing out this rawness with moments of levity and humour. Focusing on the women in their life – grandmother, mother, sister – Therese gives them a voice, restoring the life stolen from them by the men they knew and by this country.

Sleeplessness saw me question my own privilege in knowing my family and their history. It made me consider how knowing this has shaped the person I am today in ways I am not even cognisant of.

Kaz Therese is remarkable, their vulnerability, strength and steely determination over the last 20 years to uncover the truth takes courage. This is a story about trauma, identity, gender and the importance of knowing who you are and where you came from.