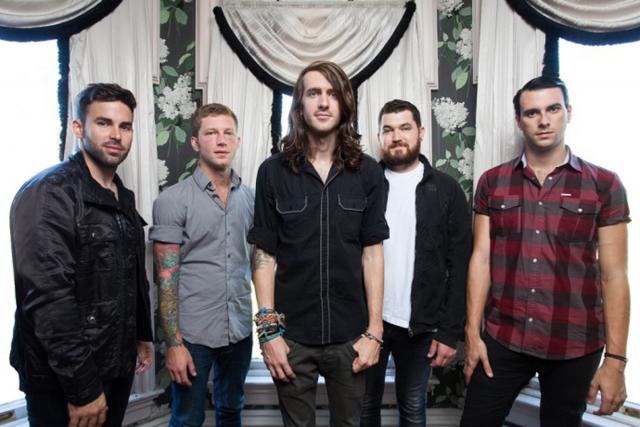 Teaming up with Yellowcard in July, Mayday Parade are coming back to Australia to do a leg of shows whilst showcasing their tug-on-your-heartstrings kind of songs that have made fans fall in love with the band around the world. The alternative rock band from Tallahassee, Florida have gone through challenge after challenge but it’s safe to say that they’ve […] 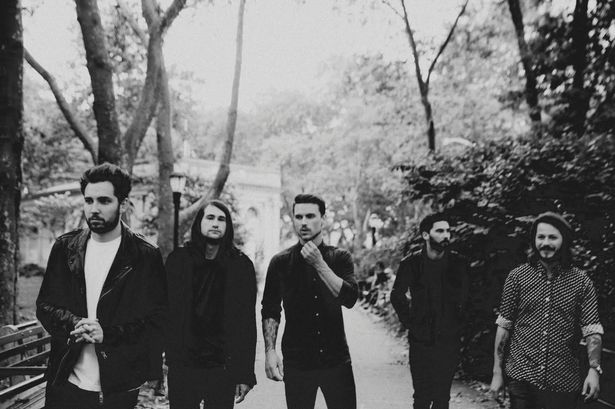 Providing a sense of hope and inspiration with their 2014 release, Cavalier Youth, English alternative rock band, You Me At Six have achieved world-renowned success with stellar tracks such as “Lived A Lie”, “Cold Night” and “Room To Breathe”. Good news for Australian fans as the band are coming back to our shores in April/May to do Groovin’ The […]

Anticipating her performance at this month’s AU session taking place March 31, the AU review caught up with Rowen who is hot on the heels of a new EP. We talk about learning instruments, musical influences and the future. Further information about the performance below. How old were you when you started writing your own […]

In the penultimate episode of this season, Mindy finally faced something that she hasn’t faced since, arguably, way back in season one: a complete and total loss of confidence. She’s definitely pregnant, and starting to show, and her confidence has completely been drained by the fact that she no longer fits into her pre-pregnancy clothing. This episode has […]

This April, both Perth and Adelaide will be getting up close and personal with on-screen siblings Tyreese and Sasha from ACM’s monster hit The Walking Dead as both Chad L Coleman and Sonequa Martin-Green head down for Oz Comic-Con. Both actors have starred in some of TV’s greatest shows, including The Wire (where Coleman portrayed […]

Whilst at the SXSW premiere of Ryan Gosling’s directorial debut Lost River, Larry Heath caught up with actor Rob Zabrecky who talks about working on the film, how he got involved, and more. Having been friends with Gosling for five years, Zabrecky talks about how it made sense for them to work together, “it’s always […]

While walking the red carpet at SXSW, Lost River Executive Producer Gary Michael Walters talks exclusively to The Iris about his love of Australia, Ryan Gosling as a ‘singular visionary’, and more. Having worked with Ryan Gosling twice before, Walters wanted to support his new venture and fully financed the film. As a studio head, Walters says, […]

With Get Hard currently being released in cinemas, Larry Heath caught up with Director Etan Cohen about the dynamic between writing and directing. He also catches up with actor-comedian Kevin Hart, who discusses his friendship with co-star Will Ferrell. Get Hard is scheduled for release in Australia on March 26, 2015. You can also check out our exclusive […]

Earlier we brought you Part One of our interview with Geoff Barrow and Ben Salisbury from SXSW. In Part Two, the composers for sci-fi thriller ‘Ex Machina’ discuss how they matched music with film in detail, future projects, and lots more. Check out the full interview below. Ex Machina is out now in cinemas. ———- […]

Larry Heath caught up with Geoff Barrow (of Portishead) and Ben Salisbury to talk about the music they have composed for Alex Garland’s sci-fi thriller ‘Ex Machina’. Both musicians discuss in depth about how this project originated. their creative process, and more. Ex Machina is out now in cinemas. ———- This content has recently been […]

Paul Feig, famed director and the man behind new action-comedy Spy catches up with The Iris’ Larry Heath at the film’s SXSW premiere to talk about tone, Melissa McCarthy, and his favourite James Bond. On what he wants people to take away from the film, Paul says: “I just want people to have a really good […]

While at SXSW for the debut of ‘Spy’, The Iris’ Larry Heath spoke to veteran action star Jason Statham about the style of the film, his role, and more. On working with Melissa McCarthy, Statham says: “She’s just an exceptional talent at whatever she puts her hand to” and as for comedy: “I tried not […]

“It was a real eclectic mix from people all over the world,” treasured actress Rose Byrne says of the upcoming movie Spy. Larry Heath was on hand at the SXSW premiere and caught up with Rose, who talks about working with the likes of Jason Statham, Curtis Jackson AKA 50 Cent, Jude Law, and more… […]

The Iris’ Larry Heath was fortunate enough to catch up with actress Barbara Steele, on the Red Carpet at the North American SXSW premiere of Lost River, directed by Ryan Gosling. Steele chats about how Gosling approached her to star in his film, musing on the fact that she is a frequent collaborator with first […]

The Iris’ Larry Heath recently had the chance to chat with composer Johnny Jewel, on the Red Carpet at the North American SXSW premiere of his new film Lost River, directed by Ryan Gosling. Jewel discusses how he first met Gosling while working together on the 2011 film Drive, how he got on board working […]