2K has finally unveiled all the details of the upcoming WWE 2K19 collector’s edition, and it’s a package fit for a 16-time WWE World Champion. Ric Flair is the newest honouree for the 2K series, representing the long and starry history of WWE and WCW.

The WWE 2K19 Wooooo! Edition is limited to 30,000 copies worldwide, and will include some can’t miss memorabilia, including an exclusive Ric Flair pop vinyl. 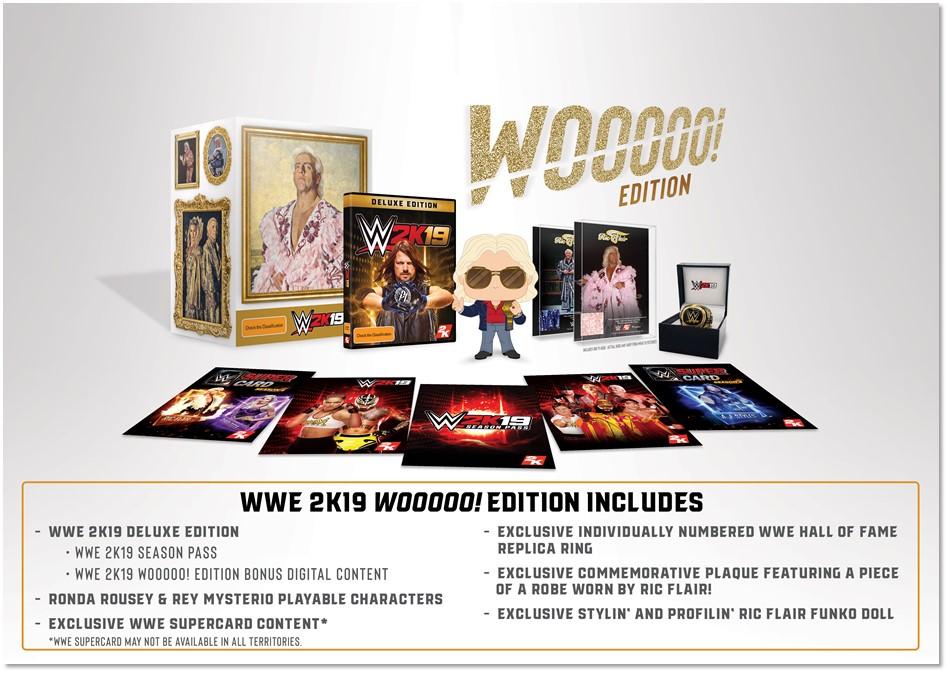 As a huge WWE fan myself, this package is absolutely to die for, and features a bunch of great, exclusive collectibles that are sure to have wrestling fans salivating.

The WWE 2K19 Wooooo! Edition will be available exclusively for PlayStation 4 and Xbox One X from EB Games, and will retain at $179.995. WWE 2k19 releases worldwide on October 9th.