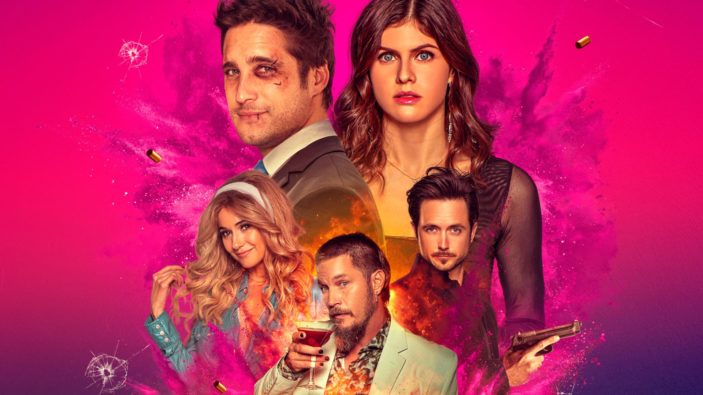 Thanks to Rialto Distribution we have 5 double passes (Admit 2) to give away for the upcoming release of Die In A Gunfight, starring Diego Boneta and Alexandra Daddario, set for release in Australian cinemas from September 16th, 2021.

In New York City, a young guy falls for the daughter of his father’s nemesis.  A visually stunning movie with an exciting mix of action, humour and heart, Die In A Gunfight follows Mary (Alexandra Daddario) and Ben (Diego Boneta), the star-crossed black sheep of two powerful families engaged in a centuries-long fued.

For your chance to win one of the five double passes, which can be used at your local cinema until the film’s season concludes, tell us what’s your favourite fight sequence in a film in 25 words or less. Entries close on Tuesday September 14th, 2021 at 9am AEST.