Win a double in-season pass to return to the Wizarding World with Fantastic Beasts: The Secrets of Dumbledore 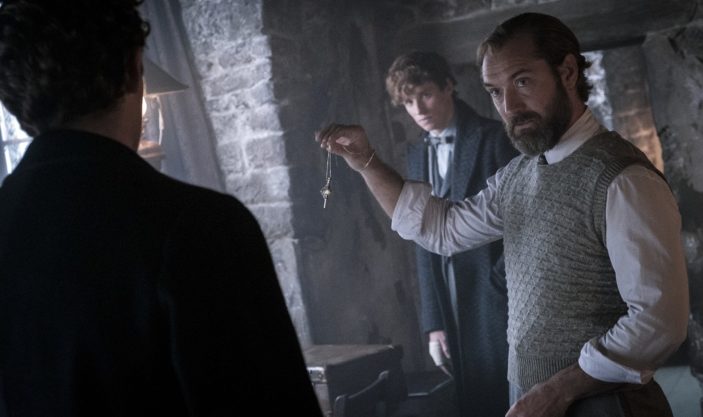 Thanks to Warner Bros. Pictures we have 5 double passes (Admit 2) to give away for the upcoming release of Fantastic Beasts: The Secrets of Dumbledore, the anticipated continuation of the Wizarding World, starring Jude Law, Eddie Redmayne and Mads Mikkelsen, set for release in Australian cinemas from April 7th, 2022.

Professor Albus Dumbledore (Jude Law) knows the powerful Dark wizard Gellert Grindelwald (Mads Mikkelsen) is moving to seize control of the wizarding world. Unable to stop him alone, he entrusts Magizoologist Newt Scamander (Eddie Redmayne) to lead an intrepid team of wizards, witches and one brave Muggle baker on a dangerous mission, where they encounter old and new beasts and clash with Grindelwald’s growing legion of followers. But with the stakes so high, how long can Dumbledore remain on the sidelines?

For your chance to win one of the five double passes, which can be used at your local cinema* until the film’s season concludes, tell us what’s your favourite magical creature from the Potterverse and why in 25 words or less. Entries close on Monday April 4th, 2022 at 9am AEDT. *Australian residents only