Why we have Cate Blanchett to thank for the return of Documentary Now! 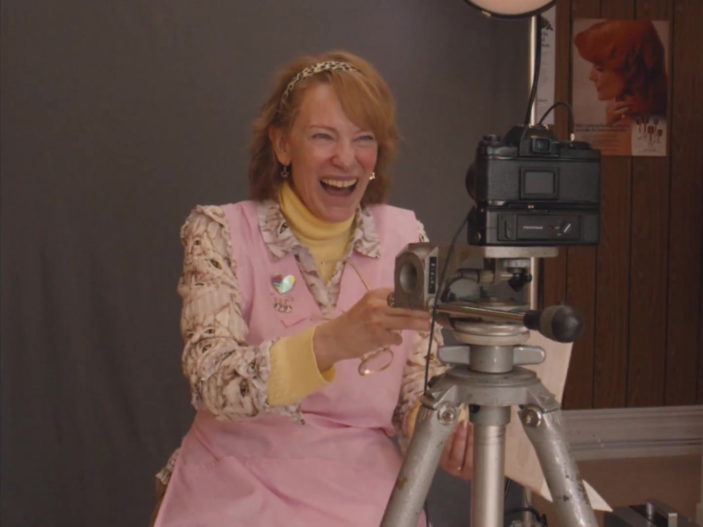 Earlier in the month, three episodes from the new season of IFC’s iconic mockumentary series Documentary Now! premiered at the Toronto International Film Festival (TIFF).  And during a post-screening Q&A, it was revealed that we have Australia’s own Cate Blanchett to thank for its long awaited return.

In front of a sold out audience at the Scotiabank Cinemas, directors Alex Buono, Rhys Thomas, and co-creator and series regular Fred Armisen – all of whom met in the writer’s room on Saturday Night Live – talked about how Cate, who also appeared in the third series of the mockumentary, reached out expressing her interest in parodying an obscure British TV documentary.

Cate had taken a shining to the 1994 BBC documentary, Three Salons at the Seaside, which she discovered with her hair & makeup team while filming her FX series Mrs. America in Toronto, Canada. You can watch the original here:

The call not only inadvertently kickstarted production for the new season – their fourth in seven years (though marketed humorously as their 53rd season) – but also saw them film the series to the UK for the first time.

In doing so, they were able to delve into parodies of UK & European filmmakers for the first time. This means we’re finally going to see a Werner Herzog parody, in the John Mulaney penned “Soldier of Illusion”.

The Cate Blanchett episode in question – “Two Hairdressers in Bagglyport”, which screened at TIFF – was filmed over four days at the original location of the documentary in Blackpool – redressed to match its original time period.

Having seen the episode, which unfolds like a beautifully written stage play, I can safely say that the persistence of Blanchett paid off – it’s one of the finest of the series to date. And, simultaneously, may be the most obscure documentary they’ve lovingly parodied.

Director and co-creator Rhys Thomas also mentioned that this move allowed them to film an episode (“How They Threw Rocks”, which is set to feature Tom Jones, John Rhys-Davies and others) in his native home and tongue of Wales for the first time. Another episode take us to France, with Call My Agent!’s Liliane Rovère parodying Agnes Varda in the surprisingly heartwarming “Trouver Frisson”.

Look out for a hot take on Oscar winner My Octopus Teacher, as well, in “My Monkey Grifter”. And yes, host Helen Mirren is back too.

Here’s the full trailer for “Season 53” of the series: