Currently doing the film festival rounds – with its Australian premiere happening at the Gold Coast Film Festival on Monday – is Waiting: The Van Duren Story, from first time Australian directors Greg Carey and Wade Jackson. The film documents the life of Memphis based songwriter Van Duren, a much loved artist by those in the know, but largely obscure to the rest of us. The film documents the directing duo’s discovery of the musician, and their journey to help return him his musical rights, and help share his legacy with the world. And now, alongside the Australian premiere on Monday, Van Duren himself will be coming to Australia to play Boogie Festival, The Gum Ball Festival as well as a few solo shows and attend some of the film screenings along the way.

These shows will be special – and the film is not to be missed (you can read our review of it HERE) – but before he comes down under, we asked Van to share with us his hometown, the city of Memphis, Tennessee. Along the way he takes us to his favourite venues to play, places to eat and museums and parks to visit.

Memphis is a strangely beautiful place, full of intriguing wonders. As a hometown guy, I happen to have the inside scoop. Here are a few tips and suggestions.

Live music is everywhere and ranges across all categories. There are the deeply rooted neighborhood hangouts with eclectic artists like Mortimer’s, which is owned by Chris Bell’s sister, Sara, and where I’ve been playing for 7 years. Bayou Bistro (fka Le Chardonnay) is another great venue to hear music out of the mainstream with late night shows and a laid back vibe. Also essential for live bands are DKDC and B Side in Midtown.

Museums and parks are the pride of the Bluff City. The National Civil Rights Museum at the infamous Lorraine Motel downtown is absolutely essential. The Stax and Sun Studio museums are musts for fans and students of 20th century Memphis music along with the giant tourist trap Graceland. 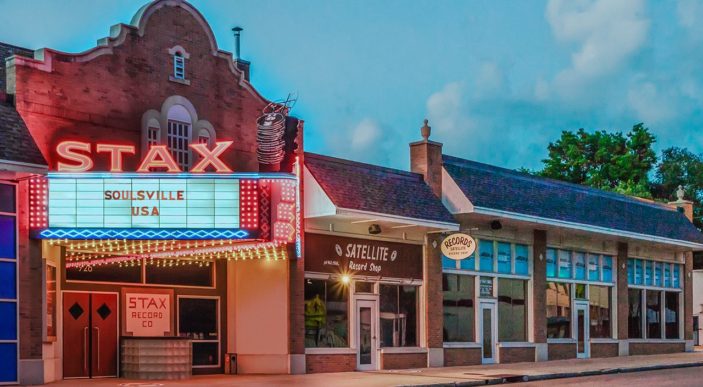 Overton Park with its primeval Old Forest is a treasure and was the city’s first park. Shelby Farms out east is beautiful with sprawling vistas and is the largest urban park in the US. And possibly the coolest new amenity in the city is the Big River Crossing, a walking / biking trail on an old bridge over the Mississippi River —the views are terrific.

And of course, the food…

But you know, a lot of people don’t care so much about all of that—they wanna eat. Barbecue: Central BBQ (several locations) Payne’s, The Bar-B-Q Shop, the Rendezvous and many more purveyors of pork will satisfy that lust. The soul food at Alcenia’s downtown is thoroughly Memphis and awe- inspiring. And then there is Ecco On Overton Park for more adventurous and eclectic tastes (our favorite).

The thing is, Memphis is a big city with a resume to match. Home of legendary epicenters of fantastic music (and hundreds of new artists), historic places, and deeply moving experiences. Try it.

Don’t miss Van Duren in Australia later this month, nor the special screenings happening around the country. All the tickets and details can be found below. And to get yourself to Memphis, you can fly daily out of the East Coast of Australia to LA, San Francisco, Dallas, Houston or Honolulu – from where you can connect to a flight to Memphis. While in Memphis we stay at the famous Peabody Hotel. For more details on the city, head to the Memphis Tourism website.