Tribeca Film Festival Review: Catch The Fair One is a vigilante tale of stark realism 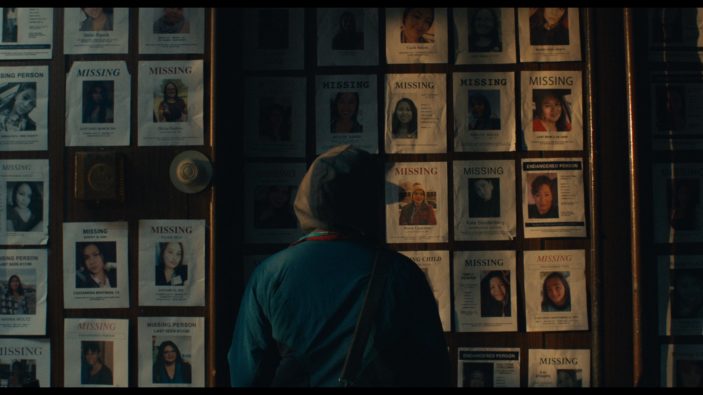 Invoking notes of revenge thrillers like Death Wish and Taken, but adhering to a female edge that lends the film a more calculating temperament, Catch The Fair One is a gritty thriller that survives more on its emotional mindset rather than gratuitous violence.

Headlined and anchored by real-life boxer Kali Reis (who also serves as the film’s co-writer), Catch The Fair One centres around her Kaylee, a boxer who, when upon the film’s opening, is prepping for a match of her own.  Sparring with her trainer in the eventual lead-up, director Josef Kubota Wladyka abruptly interrupts the imagery with a cut to Kaylee, nicknamed K.O., laying on the ground, bleeding from her mouth.  Despite this appearing like an obvious aftermath of a fight, it becomes clear this is a brutal separation from her profession, and when the blood is revealed to be from a razor blade she keeps in her mouth, our perception of K.O.’s reality is drastically altered.

Far from the professional boxer lifestyle we may assume she’d be living, K.O. now resides in a women’s shelter, showering with strangers and unsure where her next meal will come from; the restaurant where she works as a waitress seemingly her main source of sustenance as she hoards the customer’s leftovers.  Her relationship with her mother is equally as strained, and the fact that she runs a support group for those missing loved ones is an irony not missed given K.O.’s own sister has disappeared.

What initially appears as a boxing-themed drama quickly overturns itself as a sex trafficking tale, one that utilises K.O.’s fighting spirit to lean into her determination. The trafficking narrative interweaves with K.O.’s own fears of what happened to her sister – we see her take notice of a disturbing Craigslist advert with her sister’s apperance attached – and her intent on infiltrating this underground establishment.

As easy as it would have been for Reis and Wladyka’s script to adopt a more action-minded temperament and plow through the various traffickers in a brutal precision akin to Liam Neeson’s special set of Taken skills, Catch The Fair One aims for a more psychological approach.  As much as there are violent sequences of K.O. exacting rightful revenge, the film doesn’t shy away from presenting the uncomfortable realities of this crime world, detailing the seemingly normal family lives of these men who present as loving figures; to say those in charge are keeping it in the family line would be an understatement.

Managing to overcome its simplistic outline with a dark undercurrent and resonating emotionality, Catch The Fair One isn’t afraid to be the stark and wretched tale its subject matter connects itself to.  Far from the “happy ending” mentality the more studio-driven material of similar fare lean in to, this is a vigilante account of grounded realism that revels in having the strength to be miserable.

Catch The Fair One is screening as part of this year’s Tribeca Film Festival, which is being presented both virtually and physically between June 9th – 20th, 2021.  For more information head to the official Tribeca page.