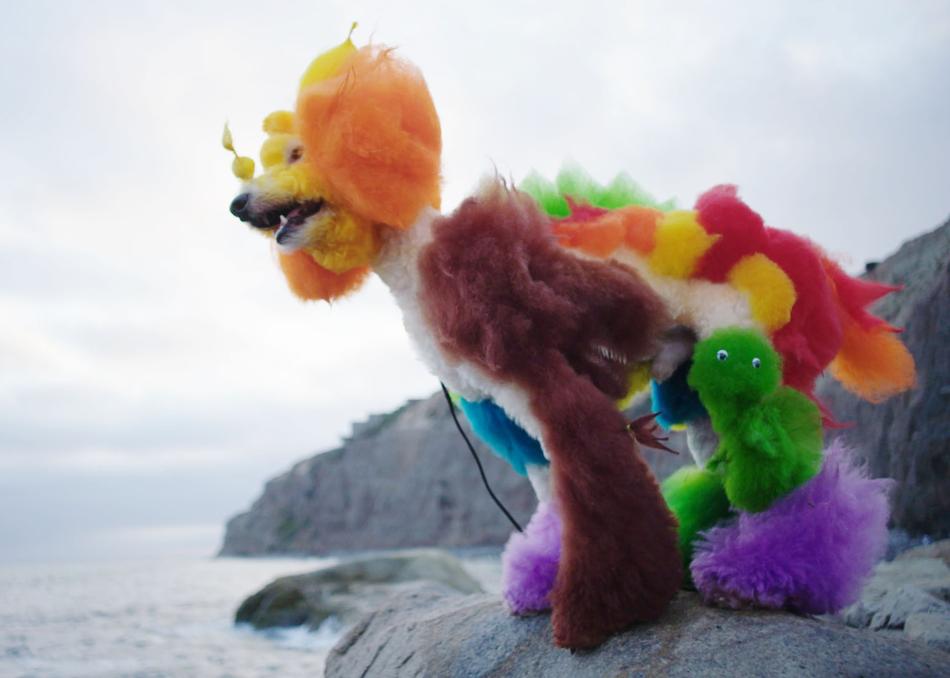 As new dog grooming business owner (and one of Well Groomed‘s fascinating human subjects) Nicole Beckman states during her introduction that competitive dog grooming was always something she thought as being “just silly” before entering the competitive stakes herself, her initial thoughts are likely to be mirrored by many unversed in the ways of competitive creative dog grooming.

Yes, it’s very much a thing, and Rebecca Stern‘s documentary proves just as quirky and colourful as both the dogs and their owners that have taken this cutting craze beyond a basic trim.  Following over the course of a year in the lead up to Hershey’s – think of it as the Superbowl of the dog grooming world – Stern eyes her focus on a select number of women who are all in varied states of preparation.

The women earning screen-time throughout range from the green (the aforementioned Beckman’s social awkwardness and evident love to better her craft is particularly endearing) to the gifted (Arkansas’ self-taught stylist Angela Kumpe tends to win almost every competition she enters), though it’s perhaps South Carolina’s Adriane Pope that stands as Well Groomed‘s stand-out contestant; 11 years competing without a win, and freely admitting she’ll miss a family wedding for the sake of her dogs, Pope is the type of loveable eccentric that director Christopher Guest (Best In Show) would have a ball with, and he wouldn’t even need to write her material as this sprightly doco showcases her organic, unintentional humour.

Of course, as much as it’s the dog owners who are responsible for these art works – and when you see the Alice in Wonderland-inspired piece created by Pope, you’ll be hard pressed to not define it as art – Well Groomed wouldn’t have much of a platform to showcase a spotlight on without the dogs themselves.  And if, like me (and several other dog lovers featured), you’re wondering if the dogs seem happy about their painted fur, Stern does acknowledge their varied enthusiastic responses, though of course the dog owners assure what they are doing isn’t inhumane, and that the dog’s agreeance in sitting for these hours-on-end paint sessions clarifies their compliance.

A mix of awe-inspiring variety and slightly terrifying dedication to a craft that appears to have a larger following than we may expect, Well Groomed is well intentioned, oddly emotionally investing, and full of enough heart that you’ll forgive these groomers if you feel like they’re taking this form of art to the extreme.

Well Groomed is screening as part of the SXSW Film Festival which runs from 8th-17th March 2019.  For tickets and further information click here.