SXSW Film Review: The Feast delights in both metaphorical and mythical terror 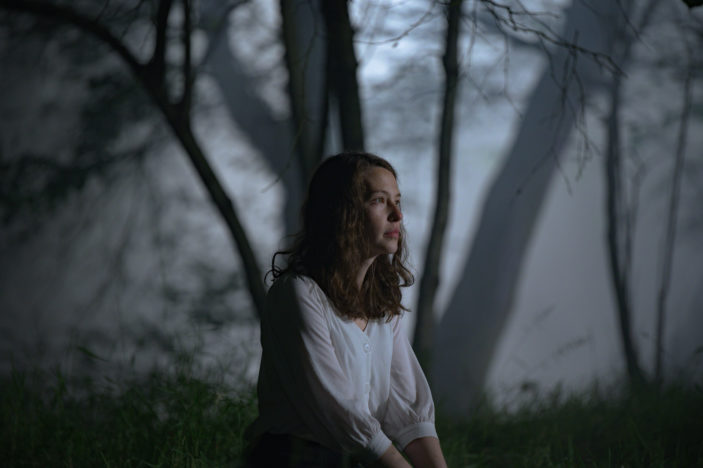 One of those films that has a log line that feels all too familiar, Lee Haven Jones‘s The Feast presents itself as a supernaturally inclined horror film on the surface, only to gradually morph into an allegory of sorts that runs deeper than the film’s initial mentality would have you believe.

Set in a secluded, lush compound in the Welsh mountains – the glass and steel constructed house is an architectural dream – The Feast takes a slow burn approach in its narrative around a wealthy family and the night that undoes them.  What’s hoping to be a night of persuasive conversation and further spoils for the materialistic Glenda (Nia Roberts) and her husband Gwyn (Julian Lewis Jones) declines to a night of murder and possession when their greed catches up with them.

Still rather straightforward sounding, The Feast has an almost gothic fable-like personality, bringing to mind the divisive Darren Aronofsky thriller mother! which presented itself outwardly as a home invasion thriller, only to ultimately reveal itself as an allegory on how humankind has raped the treatment of the earth.  A similar temperament is adhered to here, with the notion that the planet will consume us in one way or another as revenge for the devastation we have caused.

The quiet, unassuming introduction of Cadi (Annes Elwy) sets into motion The Feast‘s sinister temperament, with the young, seemingly innocent girl taken on for the night as an in-house waitress as a means to further impress Glenda and Gwyn’s guests, Euros (Rhodri Meilir) and Mair (Lisa Palfrey), the former a businessman hoping to buy land in the area for mineral mining, the latter a neighbour Glenda and Gwyn hope to be charmed into selling some of her land.  Cadi’s observant nature leans into the film’s slow burn mentality of setting up the players to feel comfortable in their own surroundings, before horrifically punishing them for what they represent.

A film that very much delights in both metaphorical and mythical terror, The Feast‘s almost hypnotic, unnerving personality furthers the new wave of the horror genre where intelligence and ambiguity trump exposition and cheap thrills.

The Feast is screening as part of this year’s SXSW Film Festival, which is being presented virtually between March 16th and 20th, 2021.  For more information head to the official SXSW website.