Sundance Film Festival Review: How It Ends is a scrappy comedy that utilises its charm to overcome any shortcomings 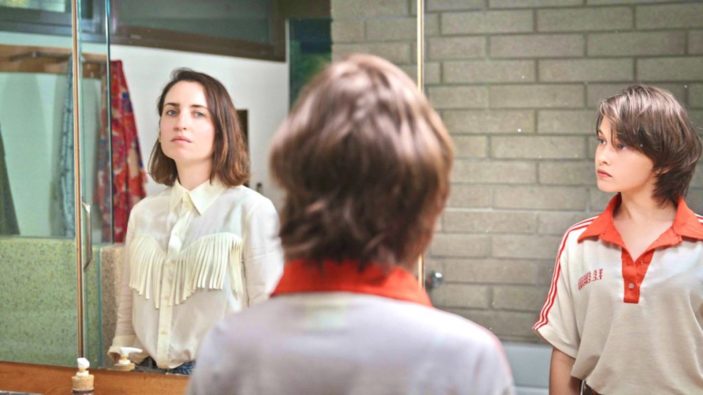 In How It Ends, the joint-directorial effort from Daryl Wein (Lola Versus) and Zoe Lister-Jones (The Craft: Legacy), the question is proposed of what would you do if you knew the world was coming to an end?.  It’s a question that has familiarity to it, but Wein and Lister-Jones have the smarts and wit to place their own stamp on it, not to mention the benefit of exploring such a topic during a time when the world actually felt like it was coming to an end.

Shot on location in Los Angeles and “Made with love during the 2020 pandemic” (as stated in the film’s closing credits), How It Ends utilises the lockdown mentality that most of the world adhered to by presenting itself as a strangely intimate film, as well as generally light-hearted, as Lister Jones’ Liza strolls around a mostly-empty L.A., checking off a personal contact list to seemingly make amends with those that she has, in some form or another, drifted away from or has certain unfinished business.

We hear that a giant meteor is going to strike the Earth at around 2am, and on this last day Liza has the simplest of mentalities: “I wanna get really fucking high, eat ’til I puke, and then die”.  She states this rather matter-of-factly to a young girl (Cailee Spaeny, reuniting with Lister-Jones following their collaboration on The Craft: Legacy) who we assume to be Liza’s kid sister.  This youngster bites back with an evident knowing of who Liza is, leading our thirty-something slacker to both put her in her place and inform us an audience just what their relationship is; “You don’t count.  You’re metaphysical”.

A walking reminder of the innocence she possessed as a child before adulthood and all its harsh realities somewhat stripped that away, young Liza serves as something of an angel on her present self’s shoulder, reminding her of her worth during a time where she wants to pack it in in the simplest of ways.  If it’s all sounding very heavy and existential, it’s surprisingly not.  How It Ends may pose serious questions but it does so in a light-hearted way; Wein and Lister-Jones clearly understanding that during a pandemic the last thing people want to watch is something that questions their own morality.

With her car stolen – something her dippy neighbour witnesses but declines to stop, given that nothing really matters anymore – the Lizas take to their mission on foot.  This journey is what covers the majority of the film’s brisk 82 minute running time, the duo meeting a plethora of distinct characters, all played by instantly recognisable faces, an additive that both helps and hurts the film.  Whilst these extended cameos are a joy to witness – it really is quite impressive just how many actors Wein and Lister-Jones managed to get on board – it can also take you out of the film’s emotional rhythm.  Some of these interactions feel incredibly organic – a brief interlude with Olivia Wilde as a former friend ranking as one of the highlights (“I am lactose tolerant and fucking Timothée?”, referring to the actor Chalamet, of course, being one of the line delivery gems this connection brings) – whilst others come across as an appearance for the sake of it, a forced comedy improv-type temperament that momentarily stifles the film’s momentum.

As amusing as it is to see such faces throughout – Nick Kroll, Fred Armisen, and Charlie Day just a sliver of those involved – it’s the relationship between Lister-Jones and Spaeny that truly stands as How It End‘s most investing ingredient.  Whilst they may not necessarily resemble each other, the two bounce off each other with a natural energy that you truly believe these are two people who have spent a lifetime together.  There’s an authenticity here that brings gravitas to such a scrappy, airy film, one that doesn’t always necessarily work but has just enough charm to make it difficult to dislike.

How It Ends is screening as part of this year’s Sundance Film Festival, which is being presented virtually between January 28th and February 3rd, 2021.  For more information head to the official Sundance page.