Furlong in Below Zero

Fans of Science Fiction are a unique breed; they are a loyal, open-minded and adventurous lot who do not discriminate against the independent, low budget or unknown when they search for new and special examples of the genre. Science Fiction, Horror and Fantasy films have continuously prevailed as the biggest blockbusters at the box-office, and yet every year hundreds of creative visionaries produce impressive independent films which will not see national cinematic release in Australia.

This week, the much anticipated Fantastic Planet Film Festival landed at Dendy Cinema Newtown, along its sister festival A Night of Horror, bringing with them the opportunity for fans to see the best selection of underground, low-budget and indie horror, fantasy and science fiction from across the globe on the big screen. During March and April, Sydney genre film fans will get the chance to sample a diverse cross-section of very different feature films and shorts, from abstract alternative-reality science fiction to brutal gore numbers and splatter comedy.

This years boasts an impressive selection of films for the eleven-day event, including Australian premiere screenings as well as an array of international awarding winning films. The program began this week with the post-apocalyptic thriller The Divide, which was recently nominated for ‘Best New International Feature’ at the 2011 Edinburgh International Film Festival, followed by the atmospheric and philosophical science fiction drama Another Earth. 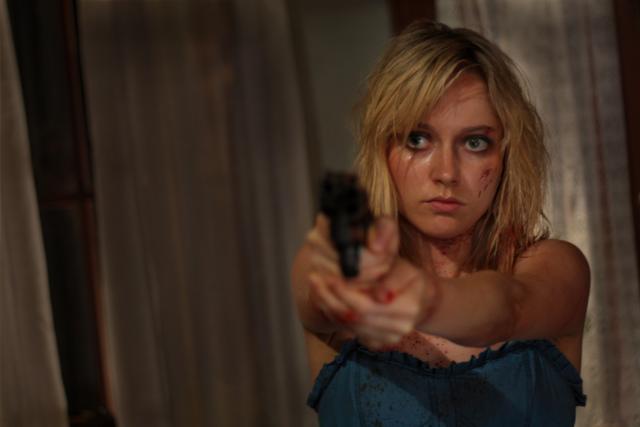 The festival will also host the Sydney Premier of the China Brothers critically acclaimed horror-thriller Crawl, which cleaned up at 2011 Screamfest LA, winning Best Actress, Best Director and Best Cinematographer. Another highlight is William Eubanks’ Love, a safe prediction for cult success having been produced and scored by the American supergroup Angels & Airwaves, which includes Tom DeLonge (also of Blink-182).

The Fantastic Planet Film Festival and A Night of Horror Festival will run at Dendy Cinema Newtown, until April 1st 2012.

We want to get you nice and geared up ahead of the #XboxSeriesX and #Ps5 arrivals, so we're giving away some high-end gaming headsets

Want to know what new albums are coming soon in Australia? Look no further than our new album release date page! @ballparkmusic are our current poster children. https://www.theaureview.com/album-release-dates-australia/

We have the Exclusive Singe Premiere of "Rotten Love", from Lucy Eaton, Australian born, but now residing in California.

It's a fun take on trying to win someone's love. It's her debut release.