Roving Woman is an aimless experience that fails to justify its journey: Tribeca Film Festival Review 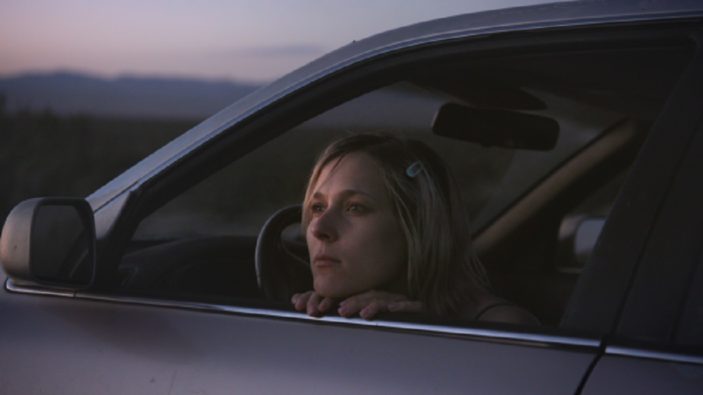 There’s an interesting concept and potentially deep conversation regarding mental illness to be had with Roving Woman, but the execution presented sadly undoes any of the film’s potential, leaving Michal Chmielewski‘s drama a more aimless experience.

The roving woman of the title is Sara (Lena Gora), who opens the film in a state of panic and desperation as she pleads on the doorstep of her boyfriend’s as to why he doesn’t want her anymore.  It sets one hell of a sequence, but the ease in which she seems to admit defeat suggests an ill mental state that the film never confirms, yet continually dances with through the course of her actions.

We aren’t privy to just what transpired between her and her beau to learn why he has so cruelly locked her out of his home, but as we see the way she interacts with the various strangers along the way, how she has an evidently poor relationship with her mother – yet calls on her in an hour of need (suggesting no other friends or family in her immediate circle) – and how seemingly little she thinks of herself (one sequence alludes to her flashing a group of young men in order to achieve a mere $25), it’s not hard to summarise that her psychological state was a major factor.

By no means is that meant to be a criticism of the character, and if it isn’t the case then, sadly, Sara is even more of an incensed creation, lying and degrading herself throughout the swift, though taxing 95 minutes Roving Woman plays out on screen.  The importance that she placed on her relationship has evidently defined her, which is incredibly sad in itself, but the film could have acknowledged this further and used it as a narrative device for Sara to empower herself outside of her stance as a girlfriend.  Tragically, Gora and Chmielewski’s script remains hollow.

The various characters Sara meets on her travels provide the occasional break from the film’s monotony, and there’s something quite amusing about the mysteriousness behind the songs she listens to by an unknown artist whilst driving a stolen car (again, not the greatest example of her character), but, overall, Roving Woman fails to travel anywhere of importance or value.  Perhaps there’s something more personal or profound here that I failed to pick up on, but taking the film as is, it’s a confusing, borderline-irritating drama that I was happy to eventually see drift off the screen.

Roving Woman is screening as part of this year’s Tribeca Film Festival, which is being presented both virtually and physically between June 8th – 19th, 2021.  For more information head to the official Tribeca page.