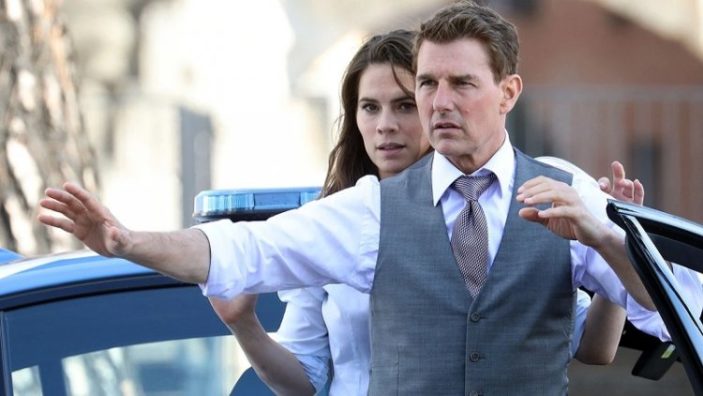 As Top Gun: Maverick gears up to take flight in cinemas this week, it only makes sense that Tom Cruise‘s other death-defying stunt-fuelled title make its presence known too.

Following a brief, but buzzed aplenty trailer leak, the first official look at Mission: Impossible – Dead Reckoning – Part One has arrived to, once again, showcase Cruise’s dedication to both the franchise and the art of the stunt.

“Your days of fighting for the so-called ‘Greater Good’ are over,” returning co-star Henry Czerny says to Cruise in the trailer. “This is our chance to control the truth. The concepts of right and wrong, for everyone for centuries to come. You’re fighting to save an ideal that doesn’t exist. It never did. You need to pick a side.”

The trailer doesn’t reveal much about this seventh instalment’s plot, but it does give us a glance at Esai Morales‘ villain, Hayley Atwell‘s debut appearance as a new character to the fray, and the return of franchise main-stayers Ving Rhames, Simon Pegg, Rebecca Ferguson, and Fallout‘s Vanessa Kirby.

Dead Reckoning – Part One, complete with the money-shot imagery of Cruise driving a motorcycle off a cliff before skydiving into the air below,  will arrive exclusively in Australian cinemas from July 13th, 2023.