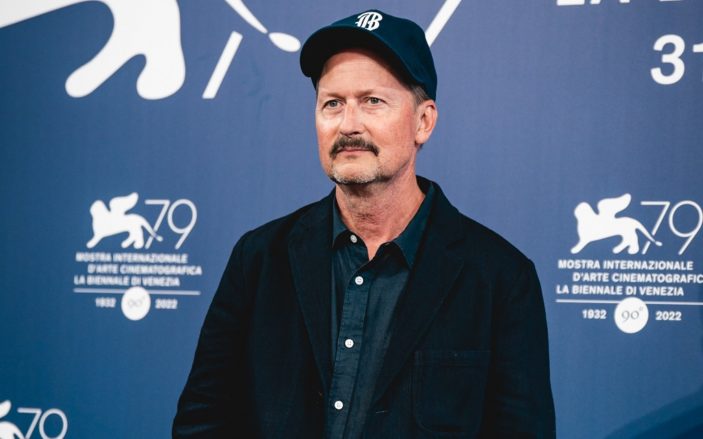 Tár, set in the international world of classical music, centers on Lydia Tár, widely considered one of the greatest living composer/conductors and first-ever female chief conductor of a major German orchestra.

Enveloped by a career-best Cate Blanchett in her Golden Globe-winning (and now Oscar nominated) performance, Tár is brought to the screen by director Todd Field, the Oscar-nominated filmmaker’s first film in over 15 years.

Ahead of its national release on January 26th, Peter Gray spoke with Todd at Tár‘s global press conference, touching on the topical notion of abuse of power, collaborating with Blanchett herself, and injecting spontaneity into a meticulously crafted shooting schedule.

This film feels as if every detail, every moment, every shot was planned with this meticulous detail, and I was wondering if there was any moment or day on set where something came together or occurred by accident that stayed in the film?

Well, not necessarily by accident, but certainly by discovering something at the end of the day.  We tried to be very nimble, but as you point out there was a lot of intent behind the film and the choices collectively.  It afforded us the opportunity to completely invert something or turn it on its head if it wasn’t working.  We shot most of the film, with the exception of the orchestral sequences, in continuity for that reason.  We could get to scene 65 and see that we were perhaps doing the same thing we were doing in scene 23, so let’s do something else.

Anecdotally, I guess the biggest one would be the accordion scene, where (Cate) is singing.  That happened at the end of a day.  I had mentioned to my first AD, Sebastian Fahr-Brix, early on something vaguely about (that) idea, and we were shooting in November and he came to me very early in the day and said “The accordion teacher is here.”  I said “What?”  He kept saying I asked for an accordion teacher, and I said “That was in June!” But she was there with the accordion, and I just thought we had to get out of that location, but she was there.

I went to see Cate in her trailer and told her the accordion teacher was here, and she was like “What?”  I asked her “Haven’t you been taking your lessons?” (laughs), and she just said that she’d been doing everything else that she wasn’t playing the accordion.  But we had been experimenting with a lot of different things in the film, so I told her we should just try something.  I told her about the scene with the neighbours and said that maybe she can be singing a song, or something.  She did that scene in one take.  It was never planned.  Something else was supposed to happen there, but it wasn’t until we were in the editing room and Monika Willi said “I think we have something here with this scene.”

And Cate herself, how much did you assist in constructing the character with her?

I wrote the character for her.  We were in dialogue together for about 9 months before we were on the ground in Berlin.  Cate had to do many things before we got into the actual playing of the character.  Things that were very obvious that she had to do from reading the script, like learning to conduct and playing Bach on the piano.  She was learning everything she did on screen in real time.  Speak German.  Drive a car, weaving between stunt drivers on the busiest street in Berlin.  She’s someone who knows how to go about her business.  She thinks like a filmmaker.  She surprised all of us every day.  She’d show up and do the most incredible work.  Very nimbly.  She loves to experiment.

There’s the notion of Cate’s character abusing that position of power here, and in real-life it’s so often related to men in those positions.  What was your intention in telling this story with a character that’s perpetrating that predatory behaviour as not only a woman, but a queer one at that?

That’s a really good question.  We all know how we’re supposed to feel about men abusing power.  Unfortunately, men have been the only people holding that power.  We’re finally starting to read about these things, and there’s movements devoted to that sea change, but typically women and someone who identifies as gay has not held power.  In that way, (Tár) is very much a fairytale.  And what we were collectively interested in doing was looking at how does power work? Power commands complicity.  Power requires people to look the other way and allow certain behaviours.  Why does that behaviour exist? Why are we compelled to dominate one another?  I think if (this character) was a male, it would be shrugged off.  We read about it every day.

If you look at the milieu that we are talking about, which is classical music, there’s never been a chief principal conductor that’s a female.  There’s never been a female in that position in any of the big 5 orchestras in America.  Why is that? We are talking about hundreds of years.  That’s confusing.  And that was essentially the reason.  To have some other lens to examine that behaviour.

Would you say in some ways the film looks at that as no one is entirely innocent or guilty?  That we as a society have unlearned to see everything as purely black and white, and that as victims and offenders to be accountable for our actions?

Yes, I agree with you.  I think the tempo that we have been shot-gunned into makes it impossible to go about our daily lives without making black and white snap decisions about people we meet and will never meet.  Based on hearsay, based on opinions, based on facts we don’t know.  That was kind of the idea behind the film, that if you’re really going to look at someone who holds power – what side do you come out on?  Hopefully there’s a conflict about how you feel about that, and whatever line you come out on that you’ve had a little bit of time to ask yourself questions.  With this film you have over 2 and a half hours to ask yourself those questions, as opposed to your Twitter feed.

And then relating to that, are you finding any discourse surrounding the film and the fact that it isn’t necessarily providing clear answers on what it presents?

Yeah, I do often think that people get angry and bothered unless there’s an equational narrative and that there’s got to be clear expectation in decision making.  I understand that, but I went to the American Film Institute for a reason, because I love certain types of films that allow me room as a viewer to be the final filmmaker and make some of my own decisions.  That’s the cinema I’m interested in.  It’s not right or wrong, it’s just that’s the type of stuff I like.

And especially with Tár, where it’s talking about how we judge.  That’s something that my wife would probably agree with.  She told me I keep making movies about how we judge things, and I never really thought about that.  But I think that’s very true about my films.  Who’s innocent? Who’s guilty?

Tár is screening in Australian theatres from January 26th, 2023.