As Snake Eyes: G.I. Joe Origins prepares for battle in Australian cinemas this week, the cast were in promotion mode to discuss the choreography and camaraderie on set. Talking to our own Peter Gray, Andrew Koji (who plays Storm Shadow), Haruka Abe (Akiko) and Úrsula Corberó (Baroness) discussed their history with the G.I. Joe brand, how it was working on location in Japan and, for the Spain-based Úrsula, learning that Pete was in Australia, sharing a connection with fellow star, Samara Weaving.

You got to work with Samara Weaving, a fellow Australian, on this.  Was it nice to have some other female energy around a very male-dominated set?

I know! We had a great time with Samara.  We had a lot of things together.  I’m completely in love with her.  She’s super funny…she has everything.  She’s perfect.

Were you familiar with G.I. Joe and that universe prior to this film?

No, I wasn’t.  Everything has been very new for me.  It was my first Hollywood movie and my first time speaking English all the time (laughs), I’m improving.  It was very different and very huge for me.  We started shooting in Vancouver and then moving to Japan with this international cast…it was amazing.

How much stunt work did you have to do?

That was tough! I’ve been shooting (the television series Money Heist) for the last 4 years, so I thought this would be no problem.  But no, it was hard work.  At the beginning I remember the training was intense, so I would wake up like a rock, I just couldn’t move.  It was funnier when I started doing the rehearsals with Samara.

You get to play the villain, Baroness.  It must be fun to play that?

Oh, of course.  You’re allowed to do whatever you want.  You can do everything.  There are no rules.  I had these conversations with (director) Robert (Schwentke) about keeping her sense of humour.  I think that was important for the character.  She’s enjoying everything all the time.  I had a great time playing her, all about feeling that power. 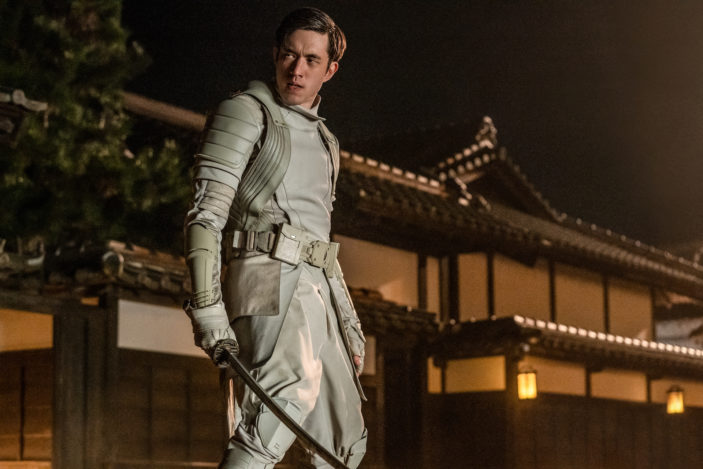 Andrew, what was your introduction to the G.I. Joe universe?

I did see the first film years ago, that was my first thing on the radar,  I didn’t play with (the toys) growing up and I didn’t read the comics.  The main introduction was once I got the job doing the research.

Given your acting experience, both on set and in theatre, and in stunt work, did you feel you had an advantage in coming into this film?

I think like any job, you just take the experience you got from one and take it to the other.  There’s things you learn in the theatre that help, because you’re essentially doing the same thing over and over.  It’s just about making the character as honest and as truthful as possible.

There’s obviously a dynamic between your character, Storm Shadow, and Snake Eyes.  How was it working with Henry Golding in developing that relationship?

Henry and I grew up in a similar part of the world, in Surrey (England), but the last 10-15 years we’ve lived very different lives.  There’s a lot of similarities and differences that we have.  Once you’re on the job, you make it work.  I think the dynamic that made it work between Storm Shadow and Snake Eyes was making it as interesting as possible.  Trying to one-up each other.  Tearing them apart and then bringing them back together.

Given that Larry Hama (writer of the comics) was on set, did that add any pressure to portraying this character?

I think it was a stamp of approval.  I didn’t talk with him before we started filming, I was doing my own thing with Robert.  Most of what Larry was saying was coming via Robert.  I think they wanted to see what we would come up with.  Once we knew he was happy, that gave us a bit more of a boost.

In terms of training, how much prior to filming are you working on that?

I think we had less than 2 months.  First, it’s the basic sword work.  Learning how to use a sword – singular – before adding in the second.  You try to inform how the character moves, and then work on the psychology behind the physicality.  The actual choreography is forever changing.  Once you’re on set with all these moving parts you have to be able to adapt.  You might have rehearsed a twenty beat fight scene, but on the day something has to be cut…so you have to adapt.  Location plays a big part of it too.  You rehearse as much as you can so that you’re ready for changes to be made on the day. 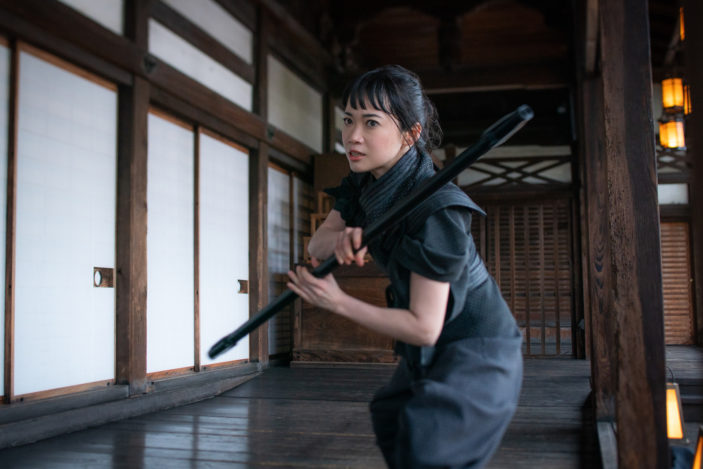 Talking to Úrsula and Andrew, it would appear, Haruka, that the stunt work and choreography was one of the more gruelling aspects of shooting.  How was that experience for you?

I can’t lie, it was challenging.  It was the best kind of challenge though.  We had an incredible stunt team, our sensei’s, and they trained us for 4 hours a day for 2 months before filming started.  They were so supportive and patient with us.  They were so lovely to work with, and because all the characters in the film are such highly skilled fighters, it’s not something you can fake, so we all wanted to do justice to the characters and the G.I. Joe universe.  I think we all knew how much it means to people around the world, so we put in the effort to make that happen.

Your character has been created specifically for this movie.  Can you talk more about her?

She’s being introduced to the canon through this film.  She’s the Clan Arashikage’s head of security, and the detail of her past is being kept a mystery for now.  We learn in the film she was an outsider to the clan once, much like Snake Eyes.  They took her in and trained her, and she rose in the ranks to become the head of security.  She’s very loyal and protective of the clan.  She butts heads with the character of Tommy (Arashikage aka Storm Shadow) a lot over what’s best for the clan.  She’s very suspicious of Snake Eyes at first, but is intrigued by him because she recognises something in him that reminds her of herself.

As you said that you trained with a sensei.  The costume department and the setting also feel very much like it honours that Japanese aesthetic.  It looks like a physical set as opposed to green screen, is that correct?

Absolutely.  We shot the film on some of the most practical locations in Japan, like the Himeji Castle.  These places are so historical.  It’s incredible.  When you’re there you can actually smell and feel that history in the air.  That definitely helped us ground our characters in reality.  We got to live these characters through the environment as well.

As your character works quite closely with Snake Eyes, I imagine it’s not the hardest thing to work with Henry Golding? I must say I have a bit of a man crush on him.

(Laughs) I mean, he’s such a lovely, charming guy.  He’s so warm and gracious.  Basically, he’s your dream lead and colleague.  It’s kind of impossible to not like him, for sure.  He’s a dream come true.