Interview: Simon Rex on filming Red Rocket and being “rediscovered” in the process; “I’ve never really been respected as an actor”

“All I want to do is work, because I’m not getting caught up in the hype and the fame and the money” he so graciously told our Peter Gray ahead of the film’s national release here in Australia (the film opens locally on January 6th), where the two discussed the career benefits from such a role, how it was filming with first-time actors, and how he navigated a career without much assistance.

The general consensus has been how incredible you are in this film, and I’ll reiterate without passionately swearing because you truly are phenomenal in Red Rocket.

I was very much taken by your performance from the opening frame, there was this looseness to your delivery, it felt very much like you were tapping into an unscripted mentality.  Was this a film that had a specific script or could you go off the cuff?

Both.  It was very detailed, so what we would do is give Sean (Baker, the writer/director) what was on the page, and for the most part if it was close enough to what he wrote he’d be okay with it.  But there were some things that were very specific that he wrote that he wanted us to say.  But he did encourage improv.  A lot of the time I think that’s where the magic happens.  You discover things and say them for the first time and reacting to someone saying something that you’ve never heard before, and those little moments are real.  The audience isn’t dumb and they’ll see you having a real moment.  I’m a big fan of that.  Sean said in the end that about 20% of what you saw was improv… that’s a pretty good chunk.

How was it for you when you heard from Sean Baker that he wanted you for the film?

He hit me up through a mutual friend and had me audition.  I’m so jaded from this business that I wasn’t really getting excited off an audition.  It was a cold read, he had me read the opening of the film where (my character) is begging to be let in to his wife’s house, and I recorded it on my phone and sent it to him pretty quick.  He called me back the next day and was like “Okay, I need you in Texas in 3 days.  I’m sending you the script.  I’m not dealing with your manager or your agent because they’ll slow everything down.  We need to move immediately.  Do you trust me?”… and I said “Yeah”.  I didn’t even know him but I trusted him.  It wasn’t about making money, it was just about making a cool movie.  So I just went.

Do you know if you were the only actor he reached out to?

I don’t know.  I know there were a lot of other actors who wanted this part that were of my age and ethnicity.  I don’t think I’m at liberty to say who (they were), I think that’s in bad taste, but a lot of people want to work with Sean Baker.  He’s very respected, and not just in Hollywood but around the world as one of the last great American indie auteurs.  I was very fortunate that he went against the grain and chose me, but that’s what he does.  You’ve seen his other movies, I mean he hired the lead actress from The Florida Project after finding her on Instagram!  He has a very unorthodox way, because he casts all his movies.  I’m just thankful he gave me a shot, and I didn’t want to let him down. 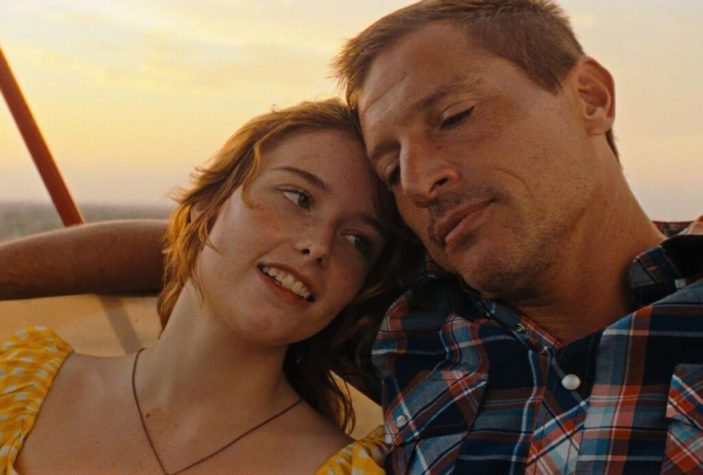 I understand this was filmed entirely through COVID, and in particular that final scene that’ll forever change the imagery associated with “Bye, Bye, Bye” was filmed under unique circumstances.  Was it a challenging shoot?

Very challenging.  We were dealing with COVID so there was a lot of testing and quarantining and not being able to just go out.  We’re in this small town in Texas, this cool little town, and there were nights where I wanted to go out for a drink or go work out in a gym, and it’s like “Oh yeah, we’re in a pandemic”… I didn’t want to risk contaminating anyone.  That’d be my luck, I get this dream role and then go to a bar and get COVID!  I opted to play it safe as all the cast did.  We bubbled together which made it really crazy, because if anyone tested positive it would shut production down.  We had a very small budget, very small crew, working with first-time actors… the whole thing was insanity.  It was chaos the whole time, but I think it worked because when you watch the movie you can feel that energy riding that line.

I was going to ask about working with non-professional actors.  Did they ask you for any advice? Did you impart any wisdom onto them?

They didn’t really ask for advice.  Sean had so much to do as a director, and I didn’t want to step on his toes, so I asked him if he’d be okay with me helping with some of the technical stuff with these first-timers.  They didn’t understand all these little things that no one should really understand if they’d never been on a movie set (before).  Stuff like hitting your mark.  I’d explain that there’s a piece of tape on the ground and you have to stay on that because the camera focus is on you.  See that guy? He’s focusing on you.  See that guy? He’s got the light to make sure you look good.  Don’t wander around.  Stay on your mark and say your line.  That type of technical stuff, just to help out.  But that was basically the extent of me working with them.  These first-time actors are so good! You couldn’t cast those people in L.A. if you tried.  They were authentic Texan people.

When you were first starting out did you have anyone that imparted that kind of assistance onto you?

I just kind of learned on my own.  I remember going to acting classes, and then when I would get jobs I would think how they never taught that in any of those classes.  There are so many technical things you don’t learn until you’re on a set.  I just watched and learned.  You kind of pick it up, like anything else.  It was so long ago that I started.  We’re talking almost 25 years ago when I started classes and auditioning.  You just pick it up as you go along.  We’re not splitting atoms here, you pick it up pretty quickly.

I really do hope we’re in some type of Rexurgence with this film.  Going off both this and your performance in My Dead Dad, you have this very specific way in your comedic and dramatic delivery and I hope more people get to see it.  The critical reaction has been stellar, but how has the professional reaction been for you?

Well, thank you.  Yeah, My Dead Dad came out great, and I just shot a movie called Mack & Rita with Diane Keaton and another called Down Low, this really funny comedy with Lukas Gage and Zachary Quinto.  Now that I’m getting all of this buzz and hype and (Red Rocket) is getting all of this attention… it’s exciting because for the first time in 20 years I’m saying no to offers.  If you had told me a year ago that I’d be saying to some of these offers, I would have laughed in your face! I’d have killed for these opportunities that are coming my way, but now I’m in a position that I can choose what I want to do over just being happy to work.  I just want to do stuff that I’d want to watch.  All I want to do is work, because I’m not getting caught up in the hype and the fame and the money.  I got caught up in that trap when I was younger and I found out very quickly that doesn’t make me happy.  Working makes me happy.  So as long as this begets more work and I can keep making cool shit like this that makes people excited, like yourself, then that’s all I want.

Red Rocket is screening in Australian theatres from January 6th, 2022.