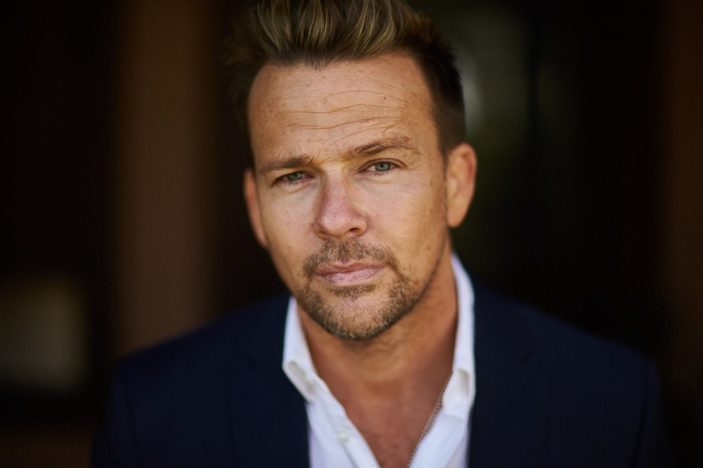 As an actor, Sean Patrick Flanery has amassed more than 100 credits over a three decade-long career.  Best known for his work in such acclaimed titles as Powder, The Boondock Saints, and the upcoming season of Amazon’s The Boys, Flanery is now turning his attention behind the camera for Frank & Penelope, a road movie-cum-cult thriller headlined by newcomers Caylee Cowan and Billy Budinich, and featuring an ensemble inclusive of Johnathon Schaech, Lin Shaye, and Kevin Dillon.

Speaking to our own Peter Gray out of the Cannes Film Festival, Flanery and producer Allen Gilmer discussed the inspiration behind their unique story, Flanery’s unconventional writing process, and never judging an actor by their credits.

Frank & Penelope is one of those films that I thought was going to be something of a road movie, and then it veered into this more horrific, cult-centred narrative.  To the both of you, where did the inspiration for this film generate?

Sean Patrick Flanery:  It was originally a story by a writer named John Thaddeus, and I think he wrote an amazing story.  The story took place in a desolate sandscape, and when I went location scouting I just put everything I saw into the script.  So the story really developed as an organic process.

Allen Gilmer:  I was involved as an executive producer from when we were mapping it all out.  Our focus has always been to try and move the needle for particular talent we know has put in the time.  That has gone out there and gotten the black eyes and taken the punches and really proven themselves, and Sean has such a storied career in front of the camera (that) the opportunity to provide a platform for him behind the camera was one we couldn’t pass up.  Frankly, what he’s done is amazing.

As you said, it’s your first time directing.  What was it about this story that made you want to take that step behind the camera?

Sean Patrick Flanery:  I’ve had the opportunity to direct in the past but it’s never been the right situation, the right material, or the right amount of creative freedom.  And Allen, Scott Dolezal, Tom Brady, yes that’s his name, not the quarterback, and William Shockley, they truly presented an opportunity with an unparalleled amount of freedom.  I’ve always known I wanted to direct, but I didn’t want to do it with a certain amount of restraints.  I didn’t want to do it by consensus.  They held my hand the whole way, but we all had open minds to chase different ideas.  I don’t anticipate I’ll get a freer opportunity than what presented itself on my lap in this one, but this was a no-brainer.  I’ve never worked with a more giving bunch of fellas in my life.

Allen Gilmer:  If enough people go to the theatre (to see it) or rent it on Video-On-Demand, then I think (he’ll) that opportunity again, because he deserves it.

Given everything we’ve gone through in the last two years, to receive a cinema release must feel great.  To have the experience after the cinema model being taken away from us, in a sense, was a theatrical release always something you were determined on having?

Sean Patrick Flanery:  In 2022, a home theatre can’t compete with THX.  That brilliant sound and that huge screen.  It just can’t.  Everybody’s dream is to have their piece of art projected on a huge screen with the right sound, I get it.  I’m no different.  I don’t want people watching on their phone.  There’s so many subtle details in the soundscape, and the score, and the design…that’s everybody’s dream.  I would assume.  At the end of the day I hope people can see this anyway they can, but to have it come out in theatres? That’s truly mind-blowing.  The fact that we debuted this at the Riviera International Film Festival, and now we’re here at Cannes? It’s beyond “pinch me I’m dreaming.”

Not only are you stepping into the director spot, but you filmed this during COVID.  How was that to navigate?

Sean Patrick Flanery: Obviously we followed all the protocols.  We left nothing to chance.  No one came down with COVID.  It was really the heat.  If COVID can survive in Terlingua (Texas) heat then it’s stronger than any virus I’ve ever come across!  It was taxing, but we wanted to take care of each other. 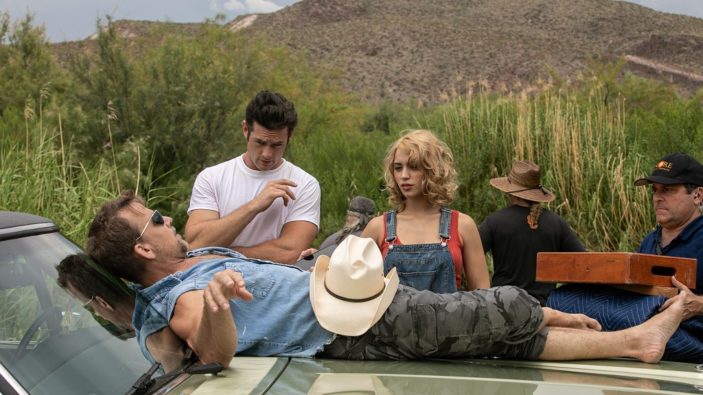 With the casting, you have these newcomers in Billy Budinich and Caylee Cowan, and then quite established actors as Kevin Dillon and Johnathon Schaech.  Were there people you knew you specifically wanted for this?

Sean Patrick Flanery:  We went into this with an open mind.  You can envision certain people, but every suggestion that came out of (producer) William Shockley’s mouth was 100 percent money-in-the-bank.  He suggested our casting director Tiiu (Loigu), and she would send me auditions saying I should check them out, and she was correct 100 percent of the time.  Caylee, I don’t think anyone has heard her name, but she is special.  And Billy Budinich is a combination of James Dean, Montgomery Clift…he has that 1950’s presence about him.  Him and Caylee are both cut from the same cloth they stopped making some 50 years ago.  Everything she suggested was absolute gold.

Allen Gilmer:  Then you have someone like Donna D’Errico.  We’ve seen her on television in Baywatch.  And when that name came up I was like “Really?”, but I was told before I make up my mind just watch this screentest.  Oh my God, it was incredible.

Sean Patrick Flanery:  When I watched the audition and I looked at the name, I was like “I know that name”, and I googled her and, holy shit…I mean, she is scary (in this).  She was coming from such a guttural, angry place.  I didn’t recognise her at all.  She’d come to set and I’d be like “Oh clearly, you’re the beautiful Donna D’Errico”, but that audition was a different human all together.  That is one shining example of someone who might’ve gotten opportunities because she’s drop dead gorgeous, but there is a talent that that beauty belies.  She is a talented actress.

With everyone you’ve worked with, Sean, was there anyone you took inspiration from?

Sean Patrick Flanery:  I’ve been a student of the art since I did Young Indiana Jones.  I picked David Tattersall’s brain from my first episode of Young Indy.  I asked every question every waking moment I was on set.  And the good directors, I picked their brains on composition.  I’m not saying that result makes me good, but I did my homework and asked those questions.  I’m probably an over-qualified first-time director because I’ve been asking those questions for 30 years.  Art is so subjective.  I’ve done things in my career that I’m really, really proud of, but there’s always going to be someone who says “Oh my God, it’s the worst thing I’ve ever seen!”

Allen Gilmer:  The other aspect of it was (Sean) never dialled it in.  He never acted like a first-time director.  Everyone just pushed each other, in terms of acting…

Sean Patrick Flanery:  If you cast it correctly, you have to do very little work.  Every one of these actors knocked it out of the park.

Towards the beginning of the film with Caylee, her character is very seductive and breathy, and then she interacts with your character and you see this “flip” in her, and you realise that she’s just putting on an act.  It was in that scene that I realised that this film wasn’t going to be as straightforward as it suggested.  The characters mention Thelma & Louise, but the film veers from road movie to something more horrific.  Is the horror genre one you have an affection for?

Sean Patrick Flanery:  I don’t particularly like genres.  I just like “good”.  It’s the same with music, I like good pop songs, good R&B songs, classic rock & roll…good kind of negates the genre.  My three favourite films are Life is Beautiful, Grease, and 2001: A Space Odyssey.  Three completely diametrically opposed films, but I love them all intensely.  I wanted to make a good movie, and the way that I write, and it’ll probably fly in the face of every writing book known to man, but I just write.  I don’t do sticky notes.  I don’t outline.  I just start writing.  I wrote the first 38 pages on the location scout.  I didn’t know where it was going.  Every writer will tell you that’s garbage, but I don’t know any other way to do it.

Frank & Penelope will be playing exclusively in American theatres from June 3rd, 2022, with an On Demand release to follow.  An Australian release has yet to be determined.