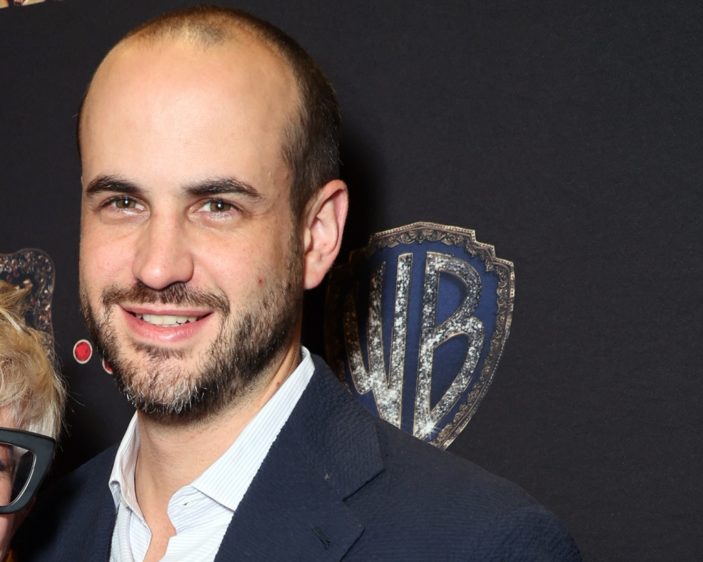 Arriving in Australian cinemas this week (you can read our review here) hot off its history-making reception at the Cannes Film Festival, Baz Luhrmann’s Elvis brings the life of the king of rock ‘n’ roll to the big screen in predictably lavish fashion.

Talking with our own Peter Gray at the Australian premiere, the film’s producer Schuyler Weiss sat down to discuss his long-time collaborative relationship with Baz, the unique process of crafting such a daunting task as this project, and how he felt presenting it to Elvis’s family.

Congratulations on the film.  I have to ask, first off, were you there for the 12 minute standing ovation at Cannes?

It’s weird, yeah. I can imagine that if you’re sitting up in the stalls you’re probably going to start getting sore hands (laughs) but, for us, on this particular occasion it was very emotional being right in the middle of the theatre with Baz and Catherine (Martin) and Austin (Butler) and Tom (Hanks) and Olivia (DeJonge)… time was kinda standing still.

It feels like we have heard about this film for so long, and obviously COVID didn’t help, so it must feel great to have this film come out and then receive this reception…

Oh, absolutely.  Especially in a big theatre.  And that was always the intention of making this movie.  It’s a big screen, big room, big audience movie.  To start presenting it to people like that, after working on it in small dark rooms for so long, it’s a thrill.

I understand you’ve worked with Baz before, but it was more in an assistant capacity?

I’ve had a long journey with Baz.  I started working with him almost 20 years ago as his assistant, and I did that for many years, and I just started working my way through many other roles in his organisation.

How did you come to meet him?

I had just been working in the industry.  I worked with people that were in Baz’s world, and I was able to get an opportunity to work as his assistant and that just stuck for a number of years.  I worked with him through the whole production of Australia.  Baz and Catherine’s world is kind of a sticky place.  That inner circle is made up of people who have been there longer than I have.

Looking at your producer credits, the films you’ve been a part of have been incredibly varied.  You haven’t pigeonholed yourself into one genre.  Was that a conscious choice?

It was, definitely.  In the years I spent producing independently, outside of my work with Baz, finding really great material and really talented people is quite a limiting factor.  The genre was always secondary, at least it was to me.  The genre is usually about my own taste, and sometimes I have to check my taste at the door and just focus on a director or writer that has something really interesting to say, and that’s led me to some really interesting projects and collaborations that if I had only read the script (laughs)… But I would much rather believe in the people and the art than just making a movie for myself.

I think that’s the best way to look at it.  The final product is always the result of so many people’s different input.  It’s probably better to look at it as “I believe and trust in this project”.  And some things work out and some don’t.  The industry is so caught up on the final product and the reaction…

Yeah, exactly.  Or we’ve got to have something like “this”, but I just focus on people and talent and vision.  That’s hard enough (laughs).

Baz is a director that has such a distinct vision.  What is that collaborative process like when he decides “this is my next movie.”  He doesn’t do things in halves.  His movie are so unique.  What is that whole process consist of?

I think what’s interesting about collaborating with Baz, and what makes him super collaborative and super open, is how strong his vision is.  He will lay out this big idea of building this big world.  It usually starts with Catherine, but it’s a lock-step process with the writing, the visual development & design and music, so when you’re brought into that world it’s very three dimensional.  Because Baz has such a clarity of vision, he loves contributions from people.  It doesn’t matter who they are, if it’s the most accomplished actor in the world or someone who’s shown up just to hammer nails, if the idea is good and it helps the work then Baz is all for it.  He’s very secure in the big idea that he’s very welcoming of anybody who wants to contribute to that.  I had to go away from Bazmark Films to really understand how rare that is. 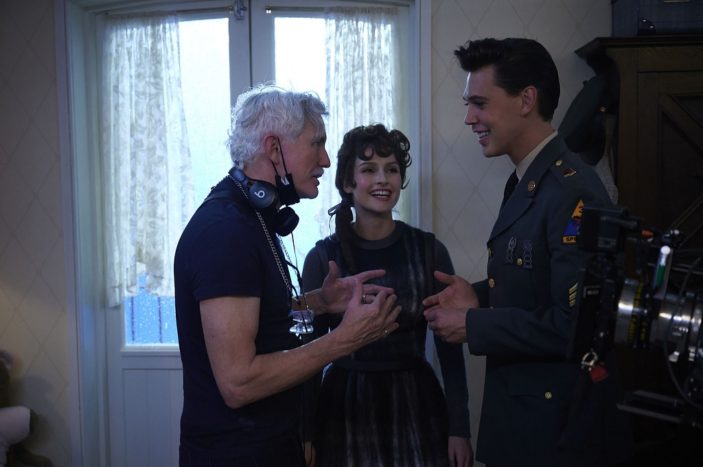 Austin Butler in this is phenomenal.  Next level…

And it feels weird that we haven’t had an Elvis movie yet.  I imagine this was quite a coveted role, too, so how was that casting process?

Going backwards to what we spoke on earlier, and in relation to Austin’s performance, on one hand you hear him and you see him and you think “Wow, this is Elvis!”  There’s a difference between impersonation and what he’s doing.  He’s embodying Elvis and revealing this inner life and humanity of Elvis, and that’s so much about reaching beyond.  I’ve worked with a lot of Elvis tribute artists over the course of developing this movie, but there’s such a difference in what Austin is able to do.  That was the impossible task in casting that role.  To do that convincingly, as well as the vocals and the movement, and from the age of 19 to his early 40’s…

I think we all thought we weren’t going to be able to make it.  It’s fun developing this movie (laughs) and playing around with story and music, but we’re clearly never going to be able to make this because how will we ever find someone to play that role?  The casting process was so extensive.  We looked at very well established actors and we put out adverts in People magazine.

So, you have Austin.  On the other side of that, you get Tom Hanks.  Was he the first person you wanted for the role of Colonel Tom Parker? How did he become involved?

Baz approached Tom.  In Baz’s world building, he has a very specific vision and he invites people into the movie.  It’s not like he says “Here’s a script”, he’s more going to show up at your house or your office and show you videos or picture-books or toys…it’s a whole process of this invitation.  We went to Tom’s office in Los Angeles and we had all of our stuff for Baz’s dog-and-pony show, and they just started talking about the movie and the underlying ideas.  Tom kind of cut the meeting short and said “Well, if you want me, I’m your man!”

So many films that are made about real-life personalities come with a certain amount of pressure due to the fan base watching.  On top of that, you have the potential reaction from Priscilla Presley, Lisa-Marie Presley and Riley Keough.  Did you ever have that fear of how’d they react?

Oh, for sure.  We didn’t want to disappoint them with something that’s so real to them.  Elvis is this icon to so many people, but in their case he’s a husband, a father, a grandfather, a friend.  He was brilliant and beautiful, but flawed and complicated.  So to let them down would’ve been terrible.  They were not technically involved in the movie, but Baz reached out to Priscilla, Lisa-Marie, and Riley, and they were all very lovely and supportive, but they were hands off.  I think there was a certain hesitancy.  To show the movie to the family members and for them to come out in the supportive way they have is unbelievably gratifying.  I think that sends a clear message to the big-time Elvis fans.

Elvis is screening in Australian theatres from June 23rd, 2022.