Interview: Natalie Holt on composing Loki and pushing the Marvel sound in a new direction

As fans across the globe gear up for the anticipated final episode of Loki this week, Disney put our own Peter Gray in touch with the show’s lauded composer, Natalie Holt.

After expressing his appreciation for her contribution to the Paddington score, Peter and Natalie discussed the audition process in securing her role, if any other Marvel titles influenced her sound, and how hard it was to keep the Loki storylines a secret.

I love how these Marvel TV shows, like Wandavision and Loki, are embracing a more daring, energetic mentality.  Given the gonzo premise of Loki, how did you go about matching the score to the action?

I started off writing away from (the) picture.  I kind of just reacted to the script.  I felt like I had a strong melody that I had come up with, and just took all of those scenes and looked at how Kate (Herron, the director) had shot it and how the actors were playing it and it’s almost like it wrote itself.

Is there a particular scene that you had to score in an audition fashion to get the job?

Yeah, it was almost like an “X-Factor” style process to get the job.  I had heard that Marvel were looking for a composer, so I sent a reel in – it was “spacey” and “actiony”, that’s what they asked for – and got an interview with Kate and Kevin R. Wright, who’s a producer, and after that they asked me to write the music for the “Time Theatre” scene in episode one.  That was the scene for my pitch.  And then I got the job.

I was going to say, there is this retro, almost B-movie vibe to it.  Did you ever feel that Marvel weren’t going to embrace that sound?

They were very clear, right from that first meeting, that they wanted to push it in a different direction and any type of notion I had of Marvel I should just forget.  They were all about pushing it in a new direction, which was great.

Them wanting to move away previously from what they’ve done, did you look at any other Marvel properties, or films in general, or any musicians to influence the sounds you took on?

I’m a fan, so I had seen pretty much everything.  I hadn’t seen Ant-Man, that was the only one at that point, but I knew that “Marvel sound”.  They didn’t want me to be influenced by that, they wanted it to be whatever I wanted it to be.  Kate and I did talk about the theremin, using that 1950’s, B-movie instrument in a new way.  We used Charlie Draper, who’s this amazing theremin player, and he has this collection of vintage theremins, like 1920’s models designed by Theremin himself…there’s very few that exist, so it was very cool to get one of the original instruments live on the soundtrack.

Because there are so many narratives on the show, I imagine that you could essentially do one piece of music but arrange it in different styles…

Oh yeah, that did happen.  The “Loki Theme”…in the D.B. Cooper sequence it’s a samba version of that theme.  There’s various versions of that theme used (throughout).  Lots of different instrumentation of it. 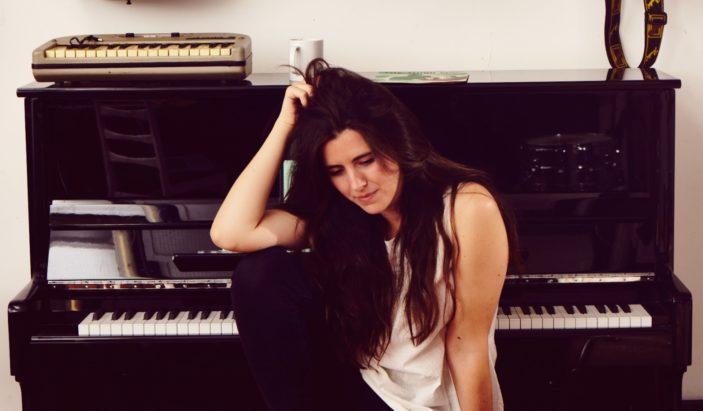 Has it been hard for you to not talk about certain aspects of the show?

It has.  One of my best friend’s partners, he’s a super-fan, and when he found out I had the job he was just asking me all these questions.  “I can’t tell you”!…it has been a bit hard.

It has been revealed that I’m using a 32-piece choir in the last two episodes, and the scale is growing.  I think that’s known, but that’s all I can say.

You’re the second female composer on an MCU project after Captain Marvel, I believe, and we’ve had Black Widow out, directed by a woman, and Eternals later in the year, also directed by a woman, as well as featuring Marvel’s first openly gay character.  We’ve also seen this embrace of Loki’s sexual fluidity.  It must feel great to be a part of a studio commit to such diversity.

Definitely.  Kevin Feige has been behind some bold moves.  It’s amazing to be a part of a studio that’s so progressive and forward thinking with who they’re employing and the characters they’re writing.  Kate, our director, is bi-sexual and she was really happy to be able to explore that in Loki’s character.  That scene in episode three where that came out, I think that was a big moment for her.

Prior to Loki, were there any Marvel scores that you heard that you wish you had been involved with, or maybe even thought you could’ve done better?

(Laughs) Oh I just think Alan Silvestri is a total legend.  I was actually watching Death Becomes Her, you know that movie?

Oh my god, that movie is amazing!

(Laughs) yes! That score? He’s been going for such a long time.  He’s always coming out with amazing new themes and uses…to be in the same league as him is incredible.

Loki is currently streaming on Disney+.  The final episode will air July 14th.