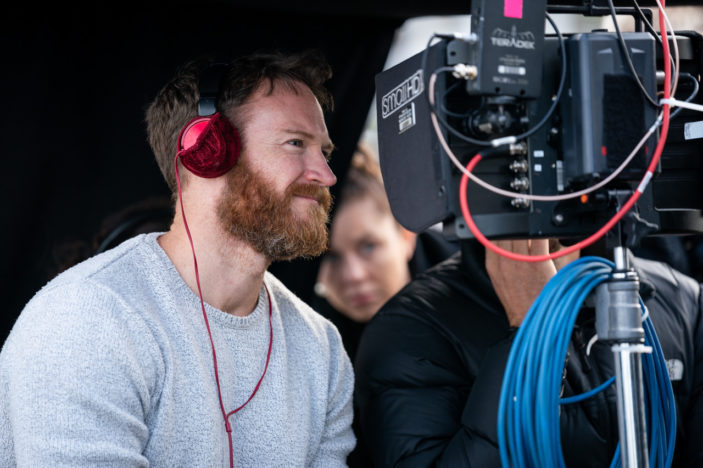 Academy Award nominated writer/actor/director Josh Lawson is back behind the camera to follow up his 2014 debut The Little Death with the time-warped romantic comedy Long Story Short.  Ahead of the film’s local release (it’s set for Australian theatres on February 11th), Peter Gray caught up with the star to discuss the film’s origins, the challenges of getting it made, and why he has returned to his homeland.

Congratulations on not just this film but everything you’ve achieved so far in your career.  I was in the same year as your brother Jordan at Terrace and you were a senior and your star quality was evident even back then so it’s really great to see what you’ve gone on to achieve.

Wow, that’s really nice.  What a cool connection. Thank you!

And I noticed Jordan briefly in the movie as well…

Yeah, you would have.  It’s funny, he was in The Little Death, my first film, as well and I wanted to give him a line or two.  I would love to keep that up.  Just give him one line in every movie and keep growing his IMDb page.

Comedy is very much the genre it seems you thrive in, and with Long Story Short you’ve incorporated with romance and a lot of reflection, where did the idea for this film originate for you?

I feel like it’s a very common, very human thing to look back on the year and wonder “Where did it all go?”.  The movie starts at New Year’s Eve and you can look at a resolution as what you are going to do, but you also look at what you didn’t do.  It’s looking forward and looking back.  There was a moment when I was living in Los Angeles…where I had a particularly tough year.  A particularly tough few years, really, and I looked back and felt like I had really lost those years.  If you’re lucky, you get maybe 80 years, give or take, so when you lose 3 or 4 that feels significant.  I always had a fear of death, and not so much of dying but of just not living.  So I was scared, and I didn’t want to waste my life, waste another year, so I’m going to invest this character (Teddy) and I’m going to make him suffer!  I’m going to teach him a lesson, and that lesson is even though life is short, there’s still plenty of time.

The first draft came out quite easily, almost like a stream of consciousness.  It was easy to write cause we just had to stay with Teddy, stay in this nightmare.  It was emotional to write that first draft, but it felt like it was coming from an honest place.  I’ve lost friends over the years, and death becomes more a part of life the older you get.  So that became a part of it too.  I didn’t want to make the film depressing though, and I hope it’s not! I hope it’s inspiring. I hope you leave the theatre thinking “What the fuck?!”

The casting in this is phenomenal. Rafe Spall, Noni Hazelhurst, Ronny Chieng, and a wonderful debut from Zahra Newman.  How did you collate such talent?

I keep quoting this, and I don’t know who it belongs to, but it was “directing is 90% casting” and I know exactly what that means.  With this sorta stuff it’s so dialogue driven and it’s not just comedy, as you said, there’s a lot of emotion to juggle.  casting is so crucial, and it was the thing I probably spent the longest on.  I drove my producers crazy with it.  They kept suggesting people and I was like “they’re not right.  They’re amazing but they’re not right”. 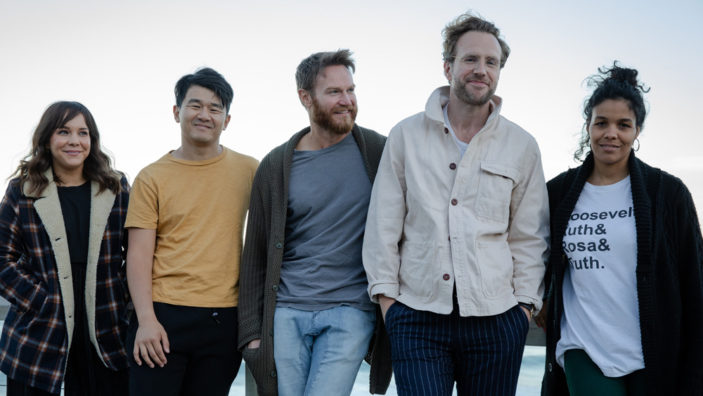 Zahra was about the third person who came in and when I saw her I just kew she was the character.  She was probably even better than what I imagined.  And when I did the second draft (of the script) one actor kept popping out in my head for the role of Sam (the best friend) and I kept thinking of Ronny Chieng, and I didn’t know why.  I know him a little bit so I called my casting director and asked and then he called me and said he’d love to.  But Teddy was a challenge.  He’s doing most of the heavy lifting.  And Rafe (Spall) and I share an agent in L.A. and when he was suggested I thought it was such a great idea.  I called him and we spoke for about an hour, and then I called my producer and just said that we found our Teddy.  There’s a manic energy to him that Teddy really needed.  You need someone who can push this 90 minute movie because if you don’t have energy this thing will just slump.  But then you have someone like None Hazelhurst, who’s indisputably one of the greatest actors of our country, she’s just amazing.  It was a dream at every step.

Did you ever tinker with the idea of headlining this yourself?

Not when I wrote it, but I certainly floated the idea.  In fact I embarrassingly auditioned myself.  I had a friend in Los Angeles who recorded me, I just wanted to know if it was a good idea or not.  I wanted to be fair, I wanted to know I could do it, regardless of me writing it.  I filmed it and watched it back, and with no emotion I just knew that I was not right for this film.  It was a relief to know because then I could just remove it from the equation.

It struck me about halfway through how intimate the film felt, it was mostly confined to singular sets or areas without much crowd interaction.  Was this filmed during covid?

No (laughs), it was a desperate plea.  Getting money for film is really, really tricky, so I wrote this primarily indoors with a small amount of actors to really just minimise the budget and try and get this made.  It was a deceptively bigger film than what I had written on the page, but ultimately it is a lot of scenes of just actors talking inside.  I was so frustrated I couldn’t make a movie after The Little Death…but it’s a collective art form.  Even low budget movies are expensive.  I don’t have a million dollars just laying around, and in terms of film that’s a really low budget.  That’s not the budget (laughs) but using that as an example, because in the film world that’s nothing.  I didn’t want it to feel constrained, I wanted it to feel personal.

Yeah, it felt intimate in the sense that it was almost like watching as a fly on the wall.  Watching these characters interact and have conversations that feel quite organic.

We shot the whole thing on steady cam, because as you said “fly on the wall”, I wanted these actors to move around the space and we will follow them.  We had an amazing camera department that gave it that sense of fluidity.  Our steady cam operator always talked about Rafe as his dance partner, we always wanted that sense of motion.

And I understand you’re back living in Australia now?

It wasn’t a very tough decision given the situation in L.A. and I had spent so much time here filming the movie…I was already entertaining the idea of moving back, regardless of the pandemic, but COVID made it easier to come back.  It’s really lovely to be back in my home state, it’s nourishing for the soul.